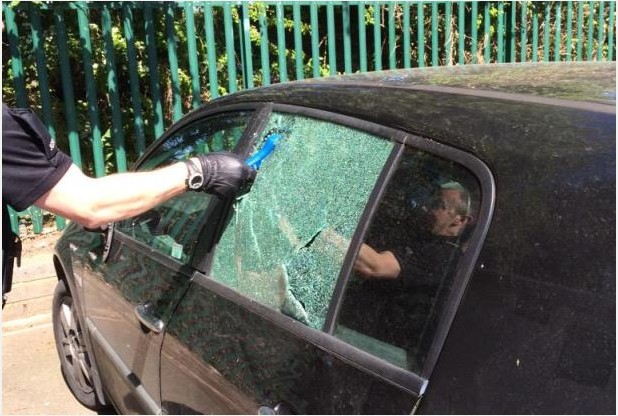 Have some pride man.

A Donegal man has claimed that he was viciously attacked by a Garda (police officer) in Donegal, Ireland, after being stopped for not displaying a tax disc on.

Well, it would have been nice if he’d left in the footage of what happened before the cop smashed his window, but I guess we’re only getting one side of the story here. Also why didn’t he fight back with his handbag instead of running off? Come on dude, act like a tough Irish guy for us one time.

Westboro Baptist Church Try To Protest Against Same Sex Marriage In Ireland, Get It Completely Wrong