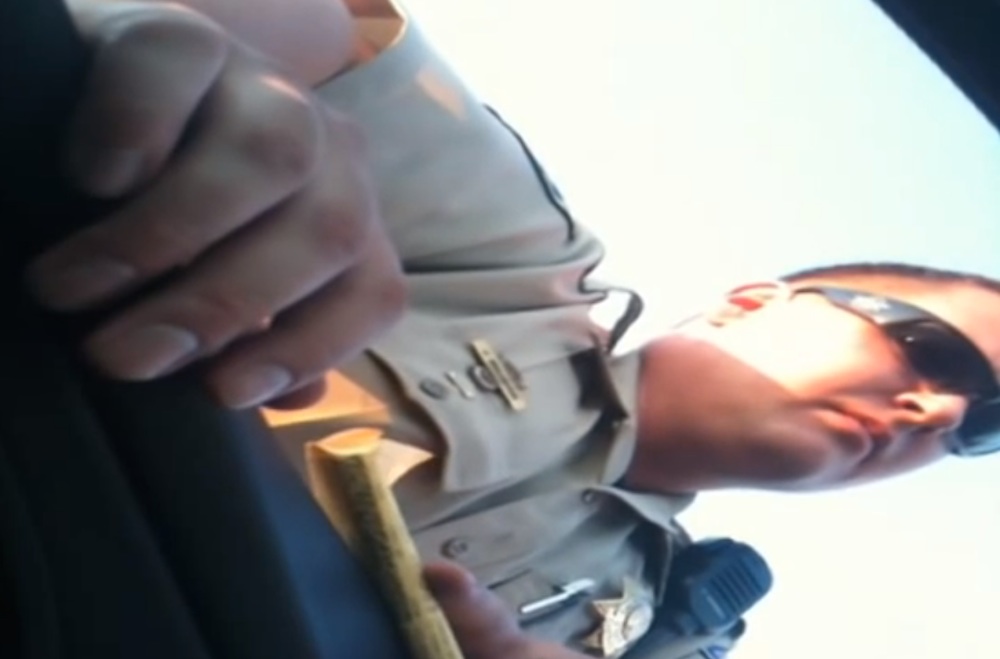 Anyone who has ever had any run ins with the law in America will tell you that American cops are almost unanimously some of the worst people in history and will usually bully and shout at you until they get their own way or have sufficiently scared the crap out of you.

Even bearing that in mind though, this cop from Nevada has got to be one of the biggest asshole cops in history. He pulls over a German guy for speeding – which is pretty easy to do over there because the roads are so wide, even if he was almost 30 mph over the limit – and proceeds to go on a racist and kinda homophobic rant at him about how he was acting.

My favourite part was either where he called him ‘Germany boy’ – great insult there pal – or told him that if he goes to jail he will get violated and his ass will be hurting for a month. Although it’s probably a good tactic to try and scare someone straight with this kind of rhetoric, it really is kind of outrageous that he came out with it straight there and then after talking to the kid for about twenty seconds. I suppose that’s just cops for you though.

In fairness, if this PSA that prisoners are showed when they go to jail for the first time is anything to go by, it does seem like he’s telling the truth. Just no need to be so crass, angry and outrageous really, is there? Cops though.