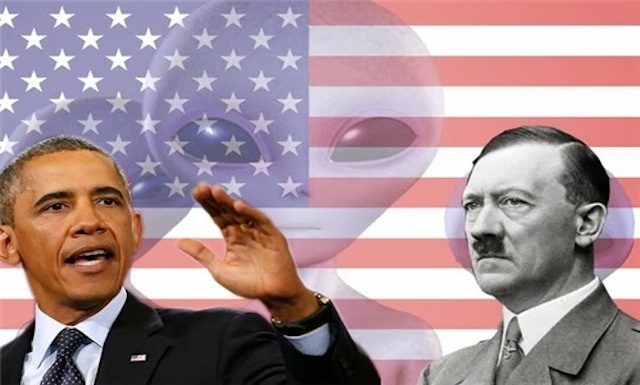 A recent Iranian news article claimed the US Government is run by Nazis from outer space. But is that really so hard to believe?

Fars News, one of Iran’s most prominent news agencies, recently claimed that an “alien/extraterrestrial intelligence agenda is driving US domestic and international policy”, as supposedly revealed in one of Edward Snowden’s leaked documents. The article goes on to elaborate that this is “the same alien race behind the stunning rise of Nazi Germany during the 1930s”. According to Fars, Snowden gave these documents to the Russian government, who naturally handed them over to Paul Hellyer – the former Defense Minister of Canada. Paul Hellyer, now 90 years old, is a known believer in extra-terrestrials, claiming that there are “at least four” or “between two or twelve” alien species on our planet, and that it’s likely they’re working with the US government. However, he’s also asserted that the US government is hostile towards the aliens, as in November 2005, when he accused George W. Bush of plotting an “intergalactic war”. Personally I think the validity of this claim completely depends on whether there are intergalactic oil reserves.

The Iranian report goes on to claim that even those opposing the alien Nazi regime could themselves be “aligned with another alien-extraterrestrial power”. So it’s starting to seem like everyone’s an alien, and still I haven’t been anally probed even once. Despite my best efforts. 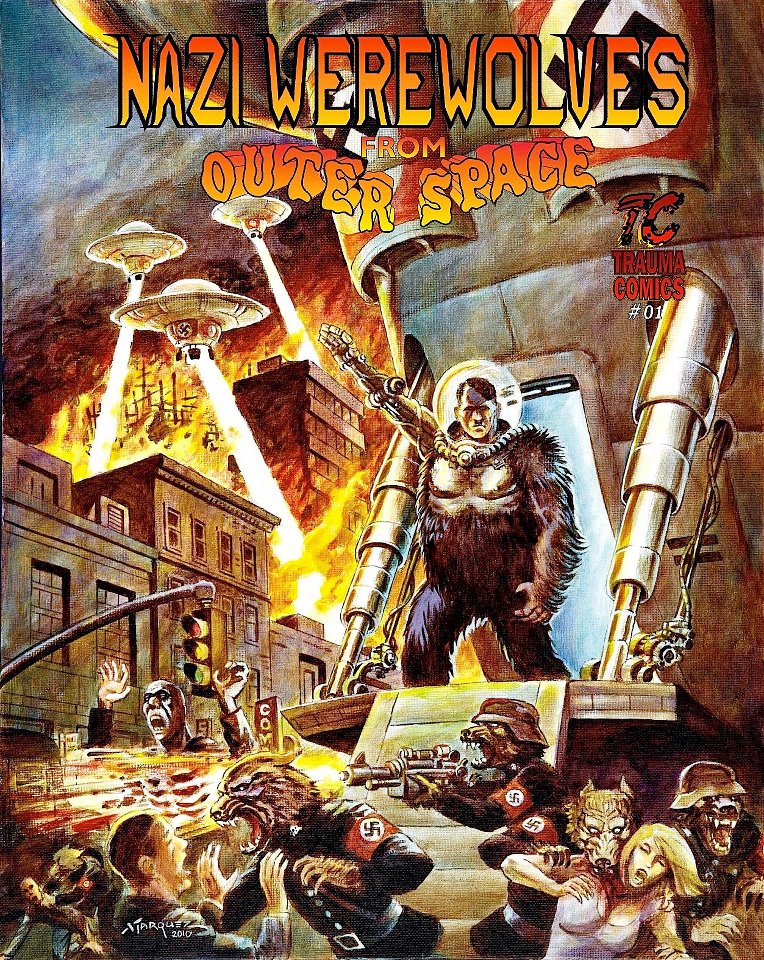 I know what you’re thinking about this space Nazi business, but don’t be so quick to judge. Most children are willing to believe in Santa Claus – an obese, elderly trespasser whose (presumably genetically engineered) reindeer can fly at least 1,800 miles per second. And a lot of adults believe in an all-knowing God who thought revelation would work best in a widely illiterate desert, rather than in the age of the internet. And some people, it seems, believe in Nazi aliens. Given the three, Nazi aliens actually seem the most likely. I mean, when you imagine the incomprehensibly vast magnitude of the universe, it would be odd if there wasn’t at least one planet capable of sustaining intelligent life. And we already know there are Nazis knocking about.

Do I really believe there are Nazis from outer space? Of course not, but it’s no more ridiculous than a lot of other bullshit we believe.

â˜› More Aliens: Meet The People Who Say They’ve Been Abducted By Aliens