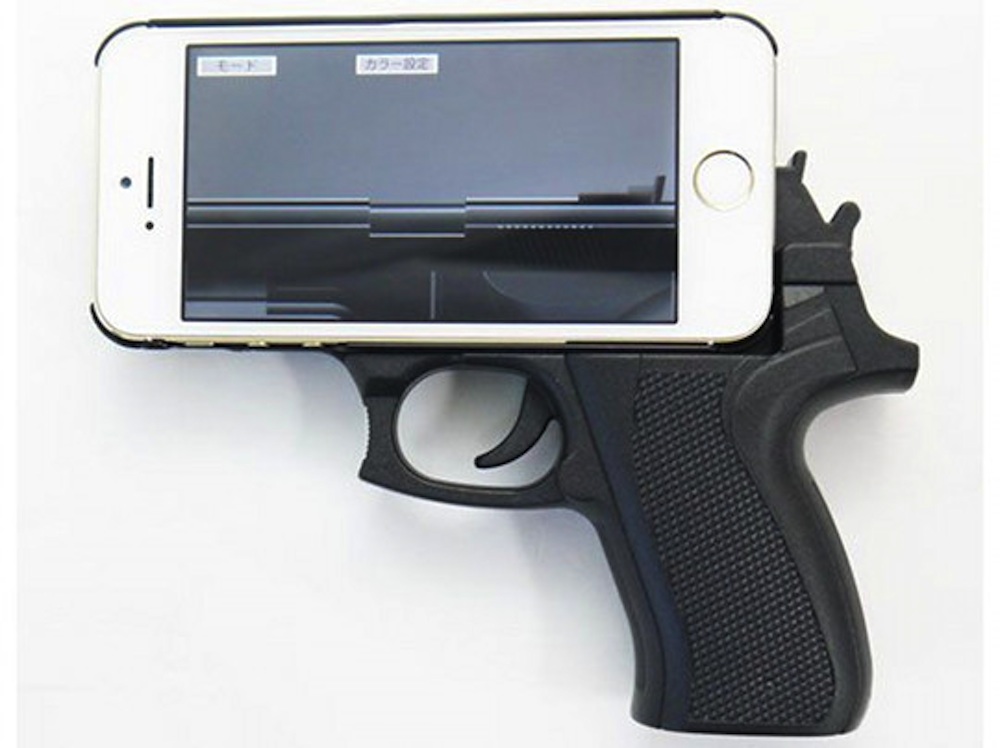 ‘You can now play games of Russian Roulette at parties!’

As if there wasn’t already a big enough problem of people handling fake guns and getting shot because of it (maybe not over here, but check out this video of someone pulling a fake gun on some cops in Texas and getting the living crap shot out of him from last week to illustrate this), some bright spark has decided that it would be a good idea to create an iPhone case/app which makes your iPhone look exactly like a gun. Brilliant.

What’s even worse is that there seem to be multiple variants on this stupid idea. One is called the iPhone 5 Gun Grip Case Cover and it fits on your iPhone so that you have a handle and then it changes the graphics on your iPhone’s screen so that it looks like the barrel is running through your iPhone screen. Super cool right?

I mean check out the pictures below where you can walk around with a gun handle sticking out of your back pocket like a badass, and if anyone does question you about it you can just be like ‘oh lol it’s actually just my iPhone case, pretty awesome right?’ to which you’ll probably receive a blank stare or a withered look. Even a 13 year old wannabe gangster probably wouldn’t be caught dead with this crap – it’s probably more likely to be utilised by a 30 year old virgin. 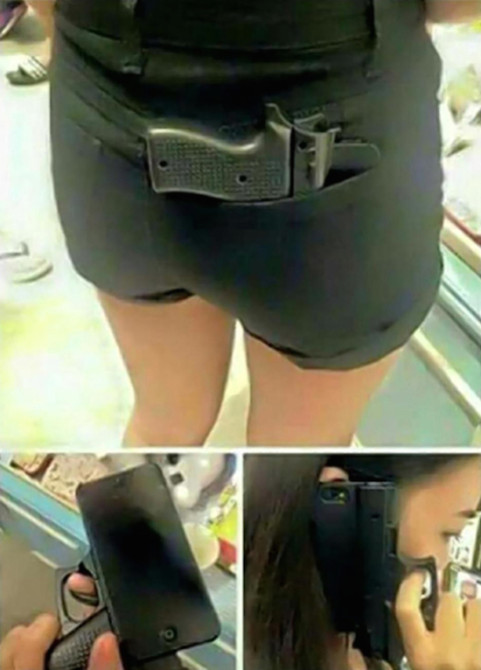 Another version of the product can be seen in the video below, where you get a little handle and target sight for your iPhone and then can use the trigger on the screen to fire real life virtual bullets at people. Again, super cool and probably even more useful than the one I just discussed.

Absolutely fantastic right? I can see these flying off the shelves once they’re officially released, and the death count of cops shooting people who they think have guns going through the roof too.

Whoever dreamed this up is absolutely braindead, end of. It’s an even more useless invention than any of these ridiculous Japanese inventions. Don’t buy it.