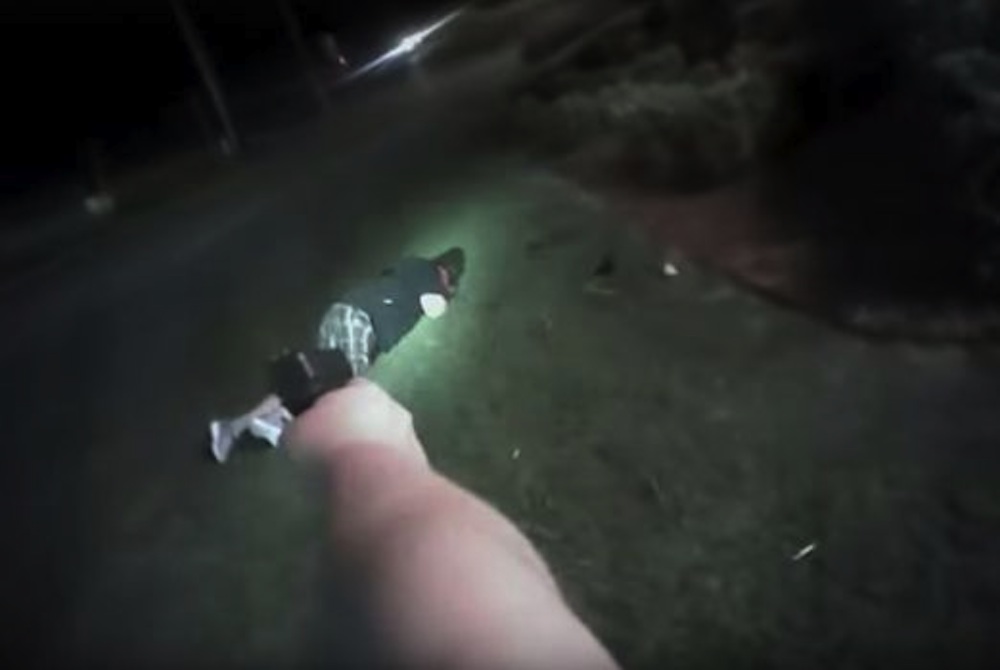 A couple of days ago this distressing footage of police officers shooting dead a suspect outside a restaurant in East Texas was uploaded onto the internet and it’s pretty grim.

The reason that the footage was uploaded was because it was used as evidence in acquitting the two officers for the unlawful death of the man, and to be honest given recent publicity around the issue the US police force probably needs a big win in that department.

Why were they acquitted? Because you can clearly see the suspect – a 47 year old dude named James Bushey who had been accused of stealing beer from a nearby Walmart – get out what looks to be a gun just before they decide to unload on him. Unfortunately it was just a BB gun and not an actual handgun, but still it’s kind of a dumb move for him to get that out and try and point it at the cops because it’s probably common knowledge that they’re trigger happy around those parts.

In fairness to the cops, the BB gun was modelled to look like a Colt 45 handgun, so it might actually be one of those situations where it was right to shoot first and ask questions later as they thought their lives were being threatened and they had a legitimate reason for thinking that. However, I think they shoot the dude 13 times between them and they probably only needed to shoot him once to take him out and stop him being a threat to them and then he probably would then have survived – they didn’t need to go postal on him so that there was no chance in hell of him getting out of the situation alive.

So again, although it was probably legit for the police officers to open fire on him in self defence – nobody could have known that wasn’t a real gun I don’t think – the use of excessive force and this guy’s death was completely unnecessary. But that’s America for you and I doubt they even considered that during their court hearing on the matter.