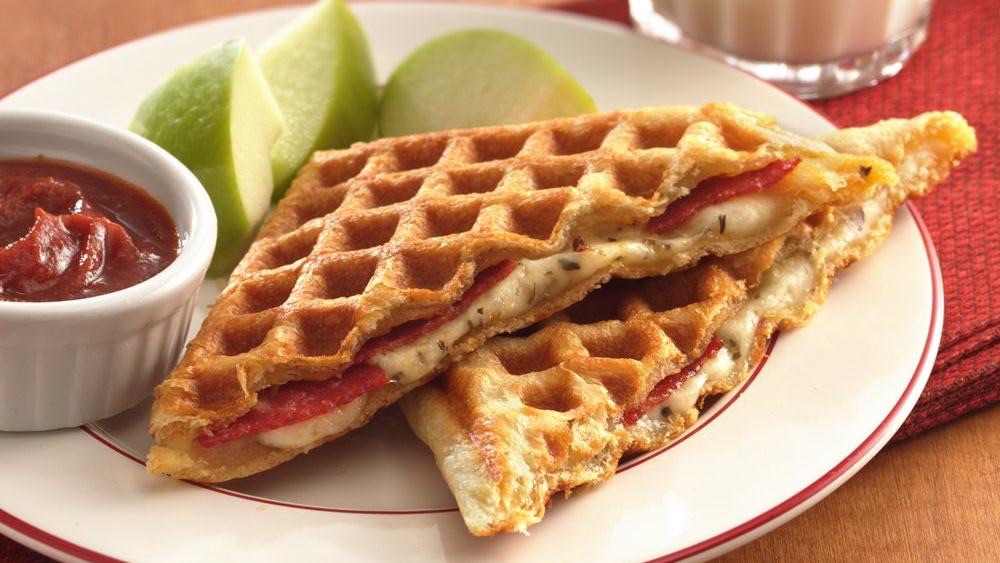 We’ve already bought you the delights of the pizza burger, and now it’s time for another variation on the classic pizza recipe with the pizza waffle.

You might ask why you need to change a pizza recipe as it’s pretty much perfect, and to be fair you would be correct but the pizza waffle might be even better. That’s mainly because it cuts out all the grease and makes the dough a lot crispier than you’re normally used to.

It’s also fairly easy to make as long as you’ve got a waffle maker, as the video below demonstrates:

Well, what are you waiting for? If I was lucky enough to own a waffle maker then I would be making these tonight, allow Dry January or New Year’s Resolutions or whatever.

As it stands though, I’m probably going to just make one of these incredible grilled cheese sandwiches instead though.