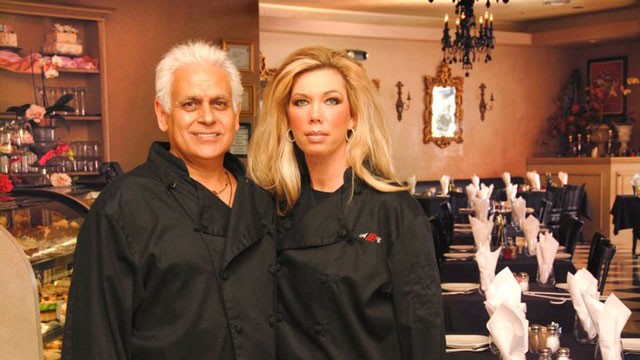 You might remember Samy and Amy Bouzaglo from last year and the worst ever social media brand meltdown in history. One year on, they’re still completely mental.

You might remember these two characters from the worst ever social media brand meltdown, and if you don’t then you need to check it out immediately because it really is something else.

You might have thought that after the episode of Kitchen Nightmares aired last year (Samy and Amy were famously the only people that Gordon Ramsay was unable to help during the show’s entire run), and the subsequent attention that they received after the meltdown on their Facebook fan page that they might have learned their lesson and actually started acting like normal people. Well, if you did think that then you would be completely and utterly wrong as it turns out that they’re just as awful as ever.

For the season premier of Kitchen Nightmares, Gordon Ramsay sent a team over there to catch up with them. And well, you can see what’s going on with them in the video below. My favourite part is where they say ‘Fuck Gordon Ramsay’ but I also enjoyed it when Amy defines what she means by pansy or when she says that internet trolls are all eunuchs. There’s a lot of highly quotable material in the video though.

Most of the episode is just a recap of the season finale, but the good stuff comes in around the 29 minute mark where we’re starting the video for you.

â˜› More Nightmares: The Dial Up Sound Slowed Down By 700 % Will Give You Nightmares