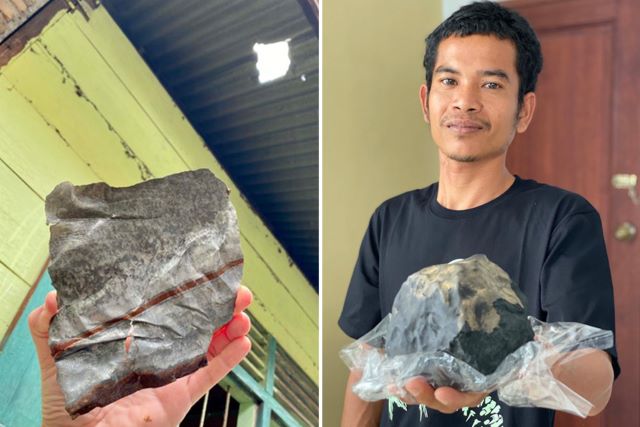 Some people have all the luck.

An Indonesian coffin maker has become an instant millionaire after a meteorite worth £1.4 million crashed through the roof of his house.

Josua Hutagalung, 33, was working on a coffin next to his house when the space rock smashed through the veranda at the edge of his living room in Kolang, North Sumatra, reports MailOnline.

Meteorites are always priced by gram with the cheapest varieties costing 50p to £5 per gram, and those with rare extra-terrestrial metals selling for up to £750 to per gram.

Josua, who managed to dig the rock out, said the meteorite was still warm and partially broken when he touched it.

When I lifted it, the stone was still warm and I brought it into the house.

The sound was so loud that parts of the house were shaking too. And after I searched, I saw that the tin roof of the house had broken.

It is estimated to be 4.5 billion years old and is classified as CM1/2 carbonaceous Chondrite, an extremely rare variety – worth around £1.4 million, or £645 per gram. 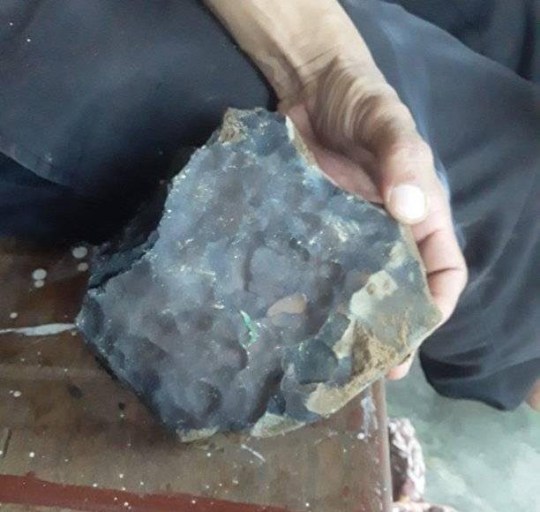 Man, some people really do have all the luck. I know this guy was just a lowly coffin maker in Indonesia but still, why can’t a 4.5 billion year old meteorite crash through my roof? One second I’d be blogging some story about Harvey Price and the next, boom – a space rock smashes into my living room and just like that I’m a millionaire. That would be a pleasant surprise, indeed!

Josua will be putting the money to good use though, which is cool. After he fixes his roof (presumably), he wants to build a church for his community. He’s also planning on getting laid!

I have also always wanted a daughter, and I hope this is a sign that I will be lucky enough now to have one.

All the best to him. Can’t say my first thought after banking a £1.4 million meteorite would be to build a church, but I guess if you’re a religious dude like Josua your first instinct is to give back somehow.

Well anyway, it’s back to the National Lottery for the rest of us. If you’d like some tips on how to increase your chances of winning exponentially, get a load of the Sick Chirpse Guide to Winning the Lotto. You’re welcome in advance.