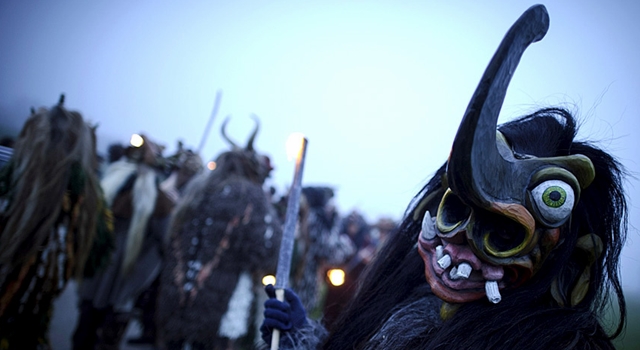 The Perchten Pagan Festival kicks the crap out of Halloween. It’s proper creepy.

Our European buddies on the continent have managed to keep in touch with their Pagan history much better we seem to have managed on our fair isle. Whether that’s a good thing or a bad thing is up for debate, but I for one would love to be able to see this weird and slightly disturbing festival play out in my local town. The makeup and outfits are similar to that creepy ass new years folk festival in Russia we covered a while back, but perhaps a little less lo-fi.

This odd festival is called the Perchten Pagan Festival and takes place near Kirchseeon in Bavaria. The idea is that the residents dress up as evil looking monsters to scare away cantankerous spirits before the winter gets in to full swing. 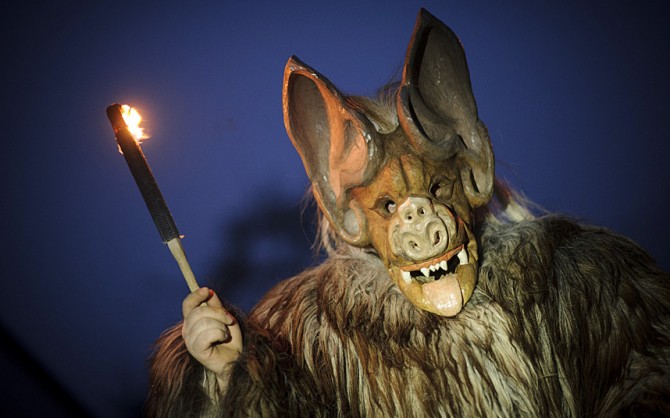 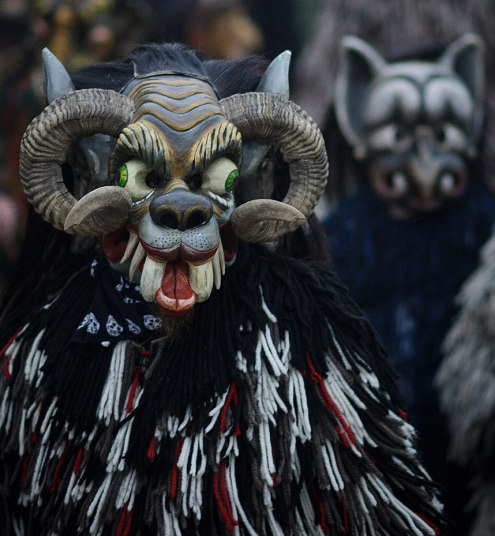 The festival has been going on since at least the 16th century and is showing no signs of buggering off. The name “Perchten” was the title given to the ancient Pagan god Perchta’s entourage. This group of motley protectors were responsible for purging towns of their unwanted ghosts and spirits. Perchta literally means “the bright one”, she’s also known as the “guardian of the beasts“. Both of which are pretty cool names. 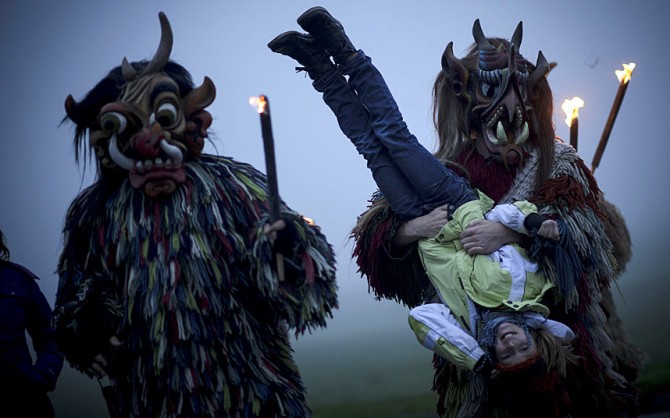 The Perchten monsters wear bells to warn the children of their approach. I bet that’s proper scary if you’re a wee nipper on a cold Bavarian night. Looks like a good laugh for the adults though, shall we see if we can get the tradition started in England? No, I can’t be bothered either. I think if we’re going to start up any German traditions we should start with their excellent topless tobogganing before bothering with the monster parade. 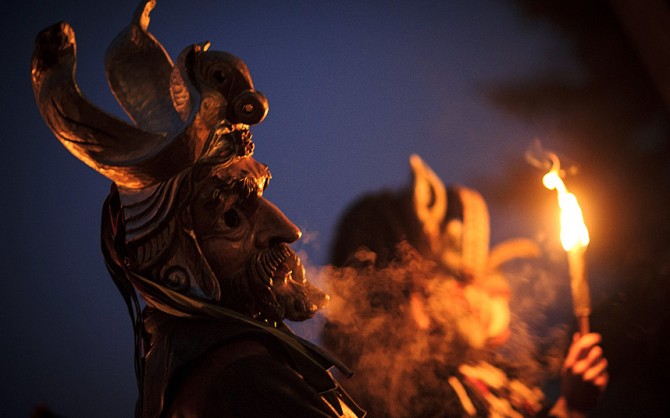 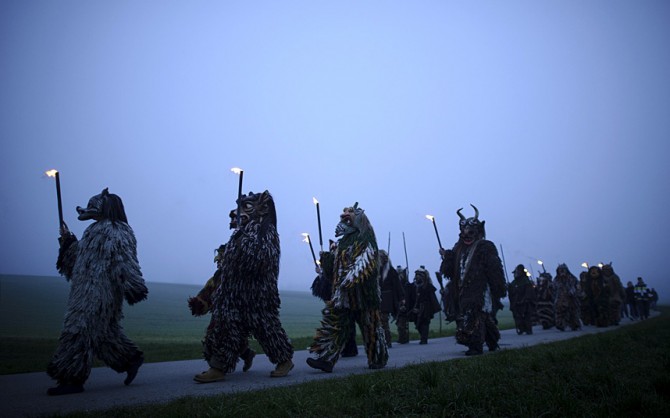 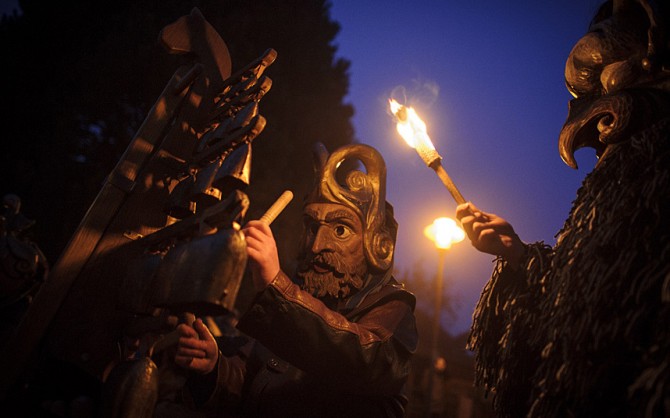 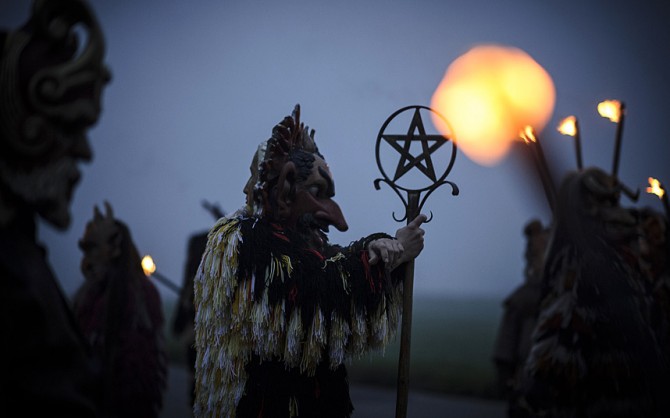 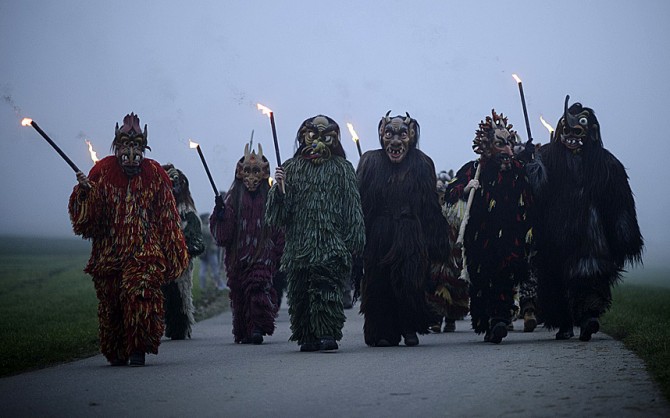 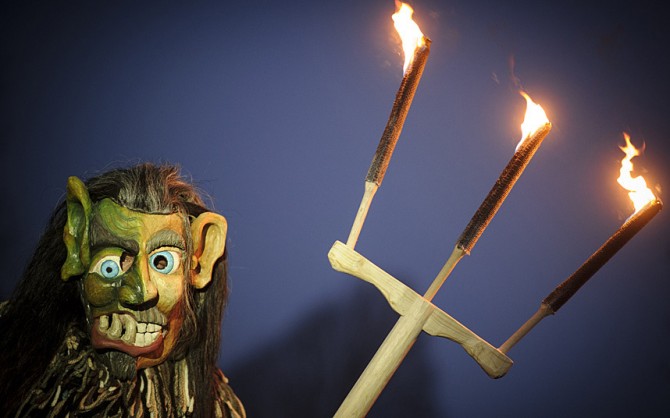 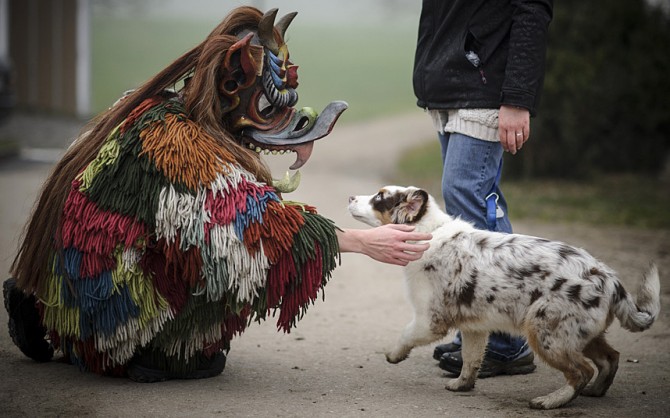 For more of the same, check out the Wicca Academy.