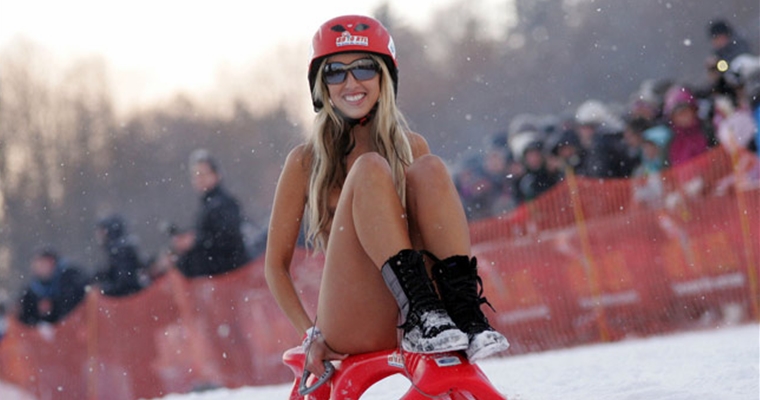 Sometimes I like to think I’m writing intelligent articles on progressive topics. Sometimes I remember I’m just a gutter dwelling, boob watcher like everyone else. Oh well.

When I reflect on myself as a writer, I like to imagine that I write about things that make you think, maybe learn a little along the way. I’m no Ginger Baker or Fred Astaire, I’m never going to be close. But in my quiet, personal moments, I hope that I can give my readership a smile and a thought. That’s all I want. Just to spread my brain worms around a little bit. Leave a little of my seeds in your noggin. Chuff a nugget of my neural jazz into your dirt pipe. Just a tiny touch of my temperament trapped between your temples. You know, not so you’d even notice, but a part of my personal raison d’etre is nuzzled in your cheap seats permanently. Maybe I’m over egging my role here, and I do have a tendency to over egg things, so it is possible.

So today I have really failed you. Here are some pictures from the topless tobogganing rally in Germany. Yup, people with no shirts on sledging in the snow. Mindless. I know. But I bet you look at all of the pictures. Go on. Enjoy my failure…. 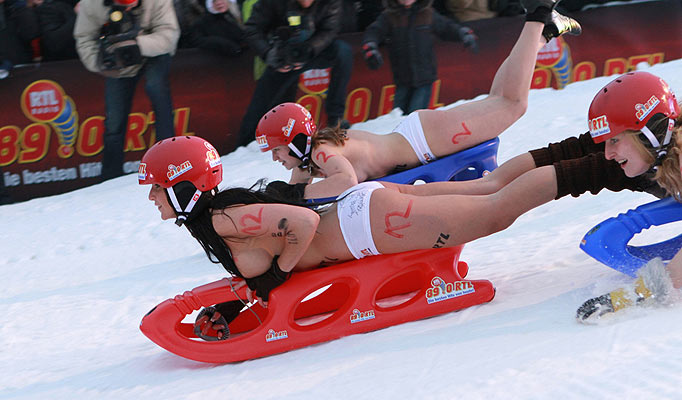 There were 30 entrants this year apparently. Wow. A whole 30. You wouldn’t catch me out there though, so I can’t pass judgement. 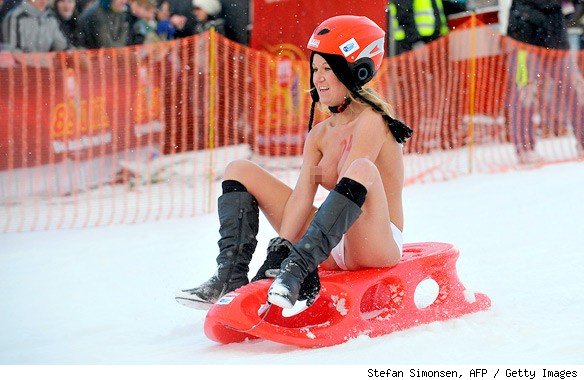 I read an ‘article’ in The Sun about this and they described the event as “brrrr-illiant.” I shit you not. They also wrote “maybe the sport should join the winter Olympics – it will certainly have fans nipping out to watch” – OMG, yeah they actually wrote that. People actually read that. And people actually continue to buy The Sun. The world’s gone mad.

â˜› Look At This Next: Keira Knightley’s Nipple Is Missing 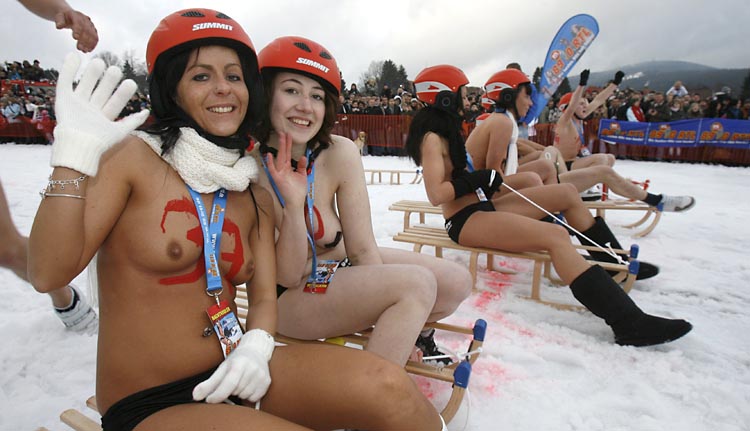 Both The Metro and The Sun used the following quote from a spectator on the day: “it was very cold, and because of that some of those girls would definitely have had a bit of an advantage in a photo finish.” Obviously that’s not funny, but what I did like is that The Sun called the man a “lucky onlooker” whereas the marginally more politically correct Metro called the man a “gutter-minded fan”.

On a website called the Morning Starr they also used that quote but they obviously don’t have much trust in their readers’ level of brain function because they had to clarify the gag by adding this at the end – “one spectator said, referring to the ladies stiff nipples.” Yes, thanks for clearing that up you twerp. 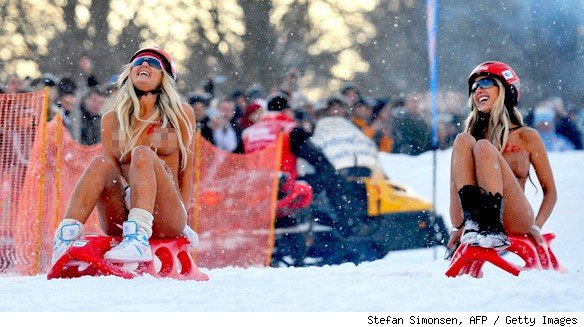 The nutters from the BBC website wrote “it is the second year of the competition in the Harz mountains near Braunlage, and more than 14,000 people turned up to egg on the contestants.” Not even a single pun in the whole article. That’s just lazy journalism.

â˜› Watch Next: VIDEO: Can You Identify These Breasts? 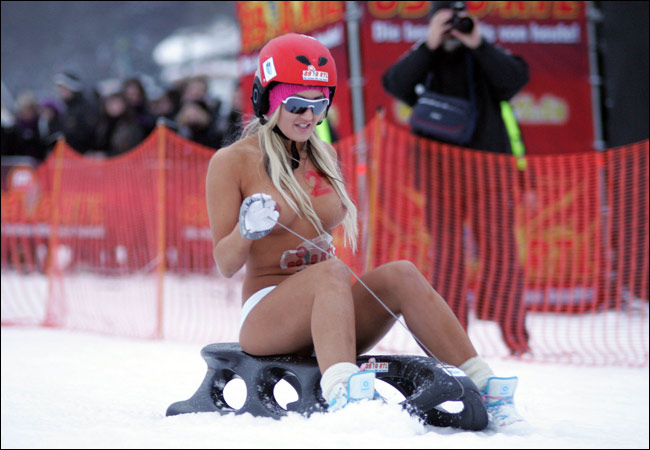 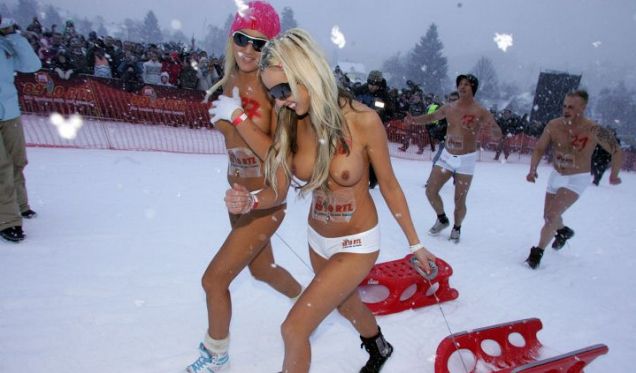