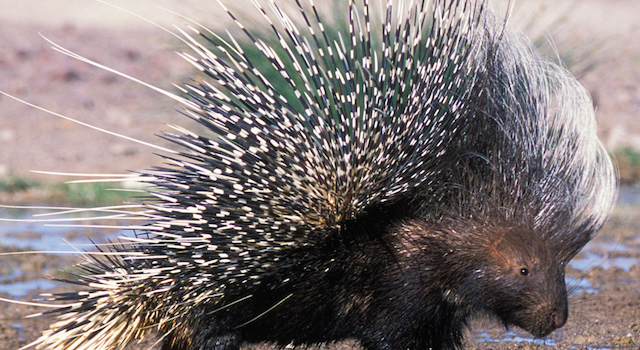 Fighting off one lion is normally enough for most sane people /animals, but this badass porcupine decided to take it to the next level by fighting off 17 of the beasts.

Footage posted on YouTube shows the poor little fella being surrounded by the pride of Lions at the Londolozi Game Reserve in South Africa. Lucien Beaumont who capture the footage wrote on the Reserves blog:

“The porcupine began to run backwards into any lion that would come too close for comfort, a common defense mechanism for a threatened porcupine. If the porcupine manages to get close enough to a predator, it does not shoot its quills as many people may think. Rather the quills have micro-barbs, which hook into the face or paws of a predator that may get too close. The quills simply pull out of the porcupines skin without causing damage to the prickly creature. The predator then has to deal with a painful quill.”

You’ve gotta hand it to the little porcupine, that’s a seriously good effort, almost as good as this old dude’s fighting skills in McDonalds.