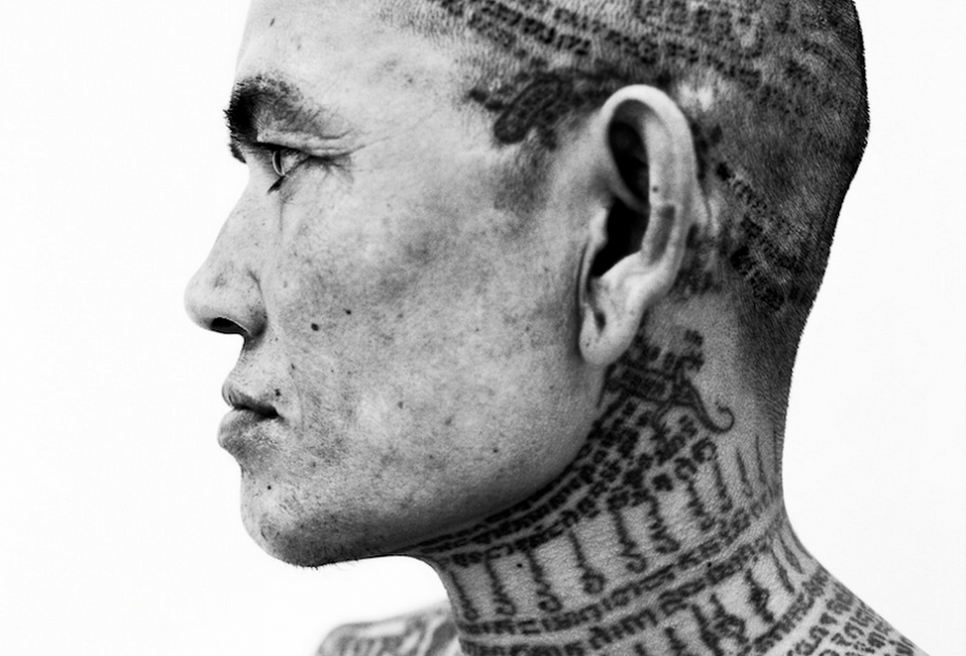 Like I mentioned in the post about magic tattoo removal cream recently, tattoos are all over the shop in Western Europe. Whether that’s good or bad is not a discussion I’m interested in, it’s just the way it is. In other countries however the mystical, spiritual and cultural meaning of getting inked is still incredibly important. They don’t just get smashed in Magaluf and have “YOUR NAME” tattooed on their arse.

According to Arnold it wasn’t particularly easy to get behind the scenes at some of the tattoo parlours. The people being tattooed aren’t doing it for LOLz or to make them look fresher in their vests, this actually means something to them:

If you’re not tattooed yourself in certain tattoo worlds, people will be very suspicious and not let you in. I explained this was a personal project, and I wanted to understand things. When they asked me why I didn’t have tattoos, I said, ‘I don’t belong to this belief system, so I think it would be disrespectful for me to get one.’

The tradition of Vantra dates back hundreds of years with records of warriors in the 16th and 17th centuries wearing these marks to protect them from the enemy. 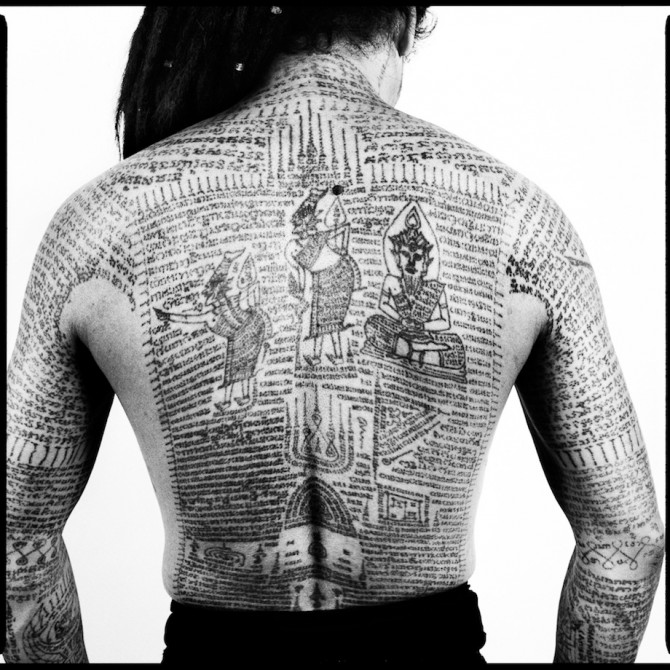 The symbols are often Buddhist or Hindu in origin, but they also stem from older religious beliefs such as Anamism and Brahmanism. The actual practice of putting ink in skin is highly ritualised with some of the devotees appearing to become possessed by the spirit of the animal they are having indelibly marked on their skin.

The ink used is a standard Chinese ink as a base but to it are added a number of ingredients. It’s akin to a witches potion with herbs, ash and even snake poison being rumoured as ingredients. One other substance which some claim is added to the mix is an oil taken from dead bodies. Yummy.

People in the West have picked up Vantra tattooing, mostly because it’s proper cool, but also because that wench Bradgelina Jolly got one. To the people in Arnold’s work this is no fashion statement, it comes from somewhere much deeper. It comes from their history, their culture, their religion, their ideology. It is them.

Check out these stunning images: 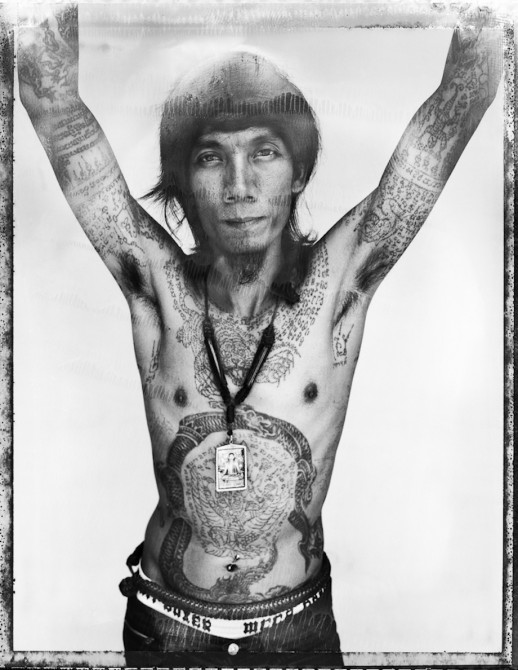