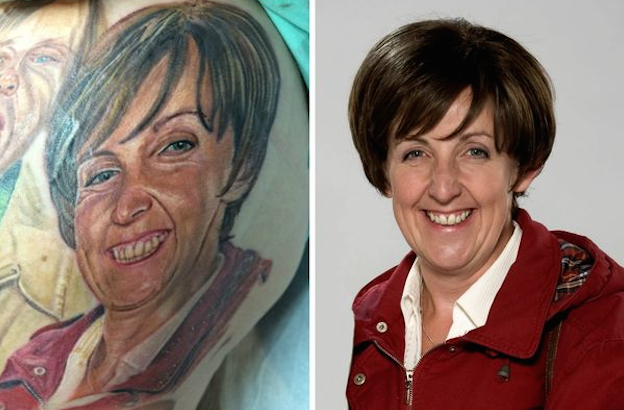 Surely no-one loves Corrie that much?!

Steve Peace from Calgary runs his own tattoo shop called ‘Immaculate Conceptin’ in the city and decided to take on the project before a trip to Manchester this year. The pair aim to finish off the piece at the Tattoo Tea Party, held at Event City near the Trafford Centre over three days from February 28 to March 1. Lindsay and Steve also plan on fitting in the Coronation Street tour whilst they’re in the city because well, duh, they’re huge Coronation Street fans. They even credit the show with helping keep their marriage together.

Steve had the following to say about it all:

We thought is would be a cool idea to do a Coronation Street Tattoo before we left and maybe finish it at the show.

The hard part was narrowing down the characters we wanted to use causing the piece to keep getting larger and larger.

We have fit as many classic characters as we could but may add some more in the future.

We got close to finishing the piece but will definitely work on it at the show and once we get back home.

We look forward to returning to the Manchester Tea Party in 2016 with a fully complete Coronation Street tattoo with background images and maybe a few new additions.

We both lead pretty busy lives running a couple of businesses but we always manage to meet up at the end of a busy day to watch Corrie.

Well, there you have it. I’ve heard about people absolutely loving TV shows before but this really is something else. What’s even more fascinating about it all is that they’re Canadian – I wasn’t even aware that Coronation Street was showed over there, let alone that it was popular. Absolutely crazy basically, but perhaps not as nuts as some of the stuff that goes on behind the scenes of the show.

Check out the tattoos on the slideshow by using your arrow keys on your desktop or swiping on your mobile. 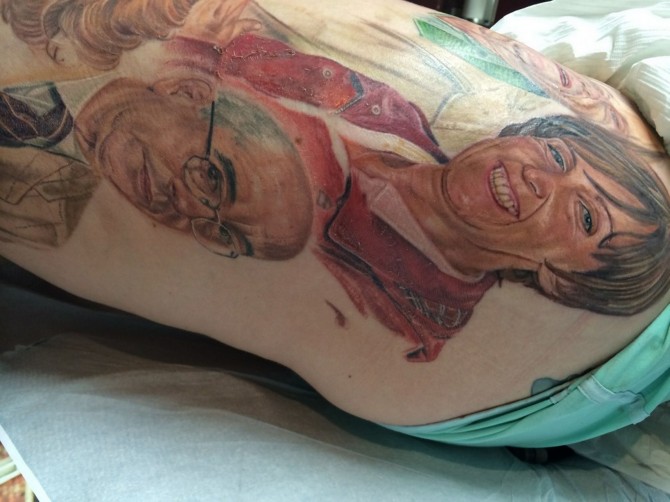 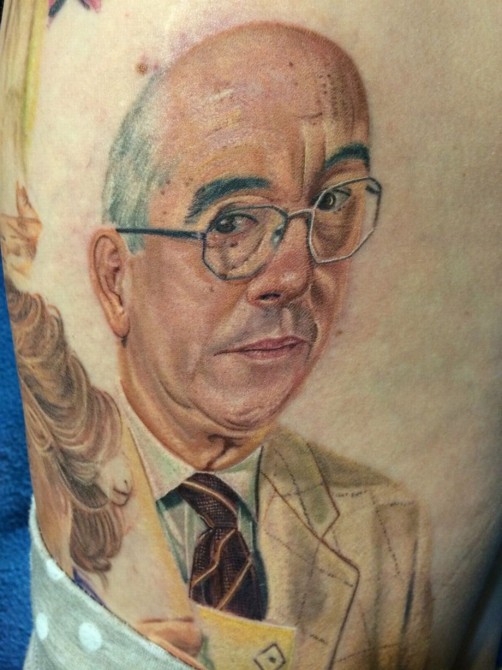 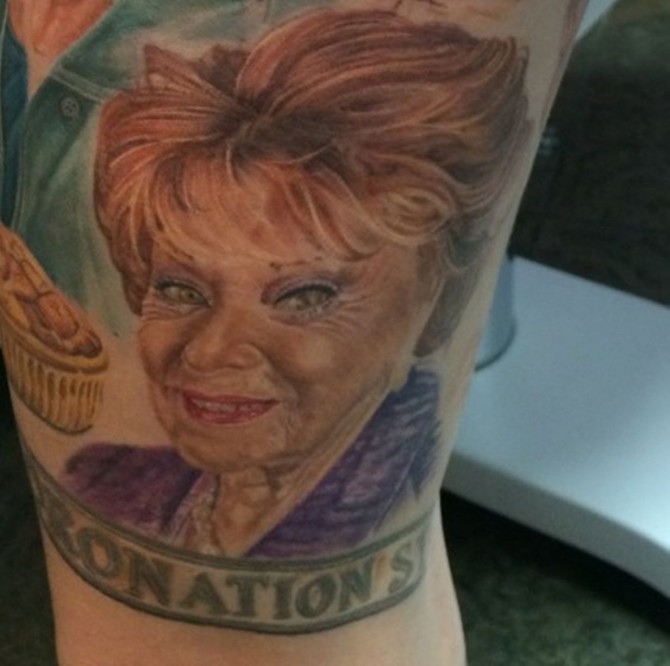 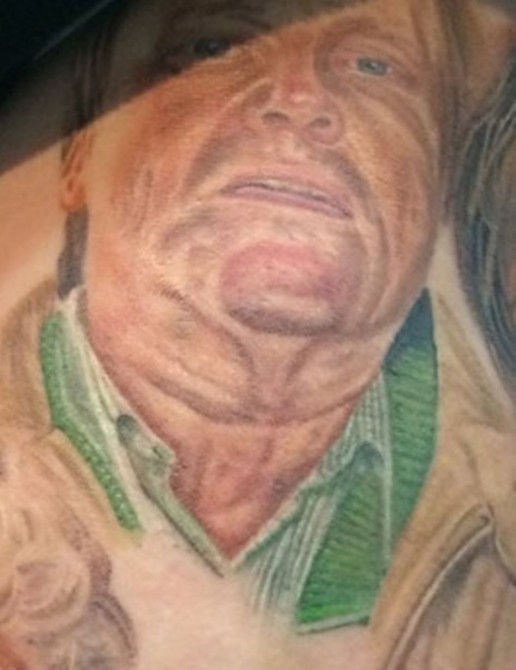 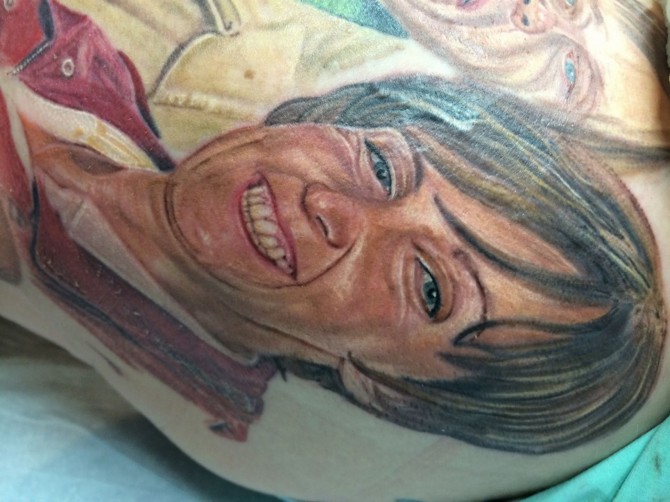 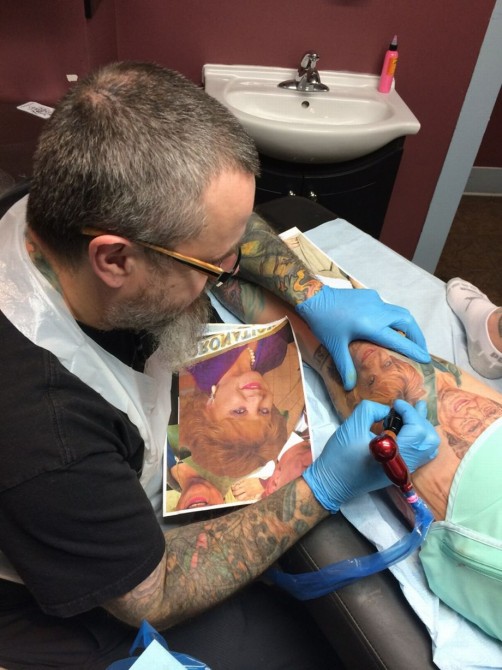 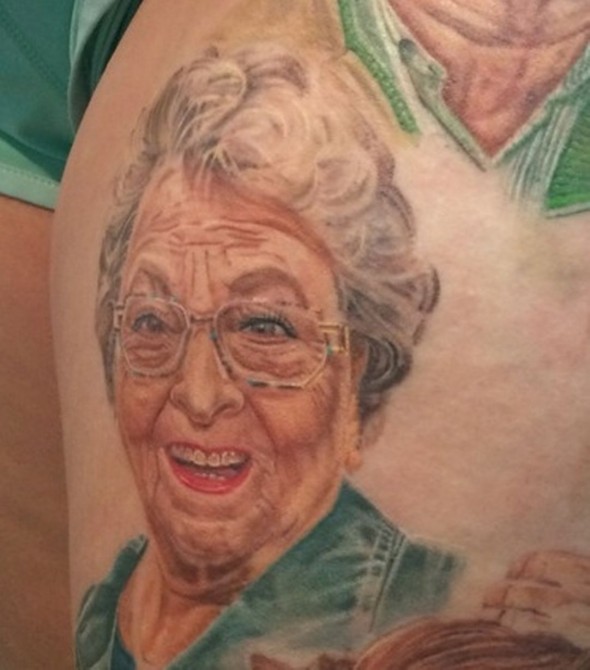