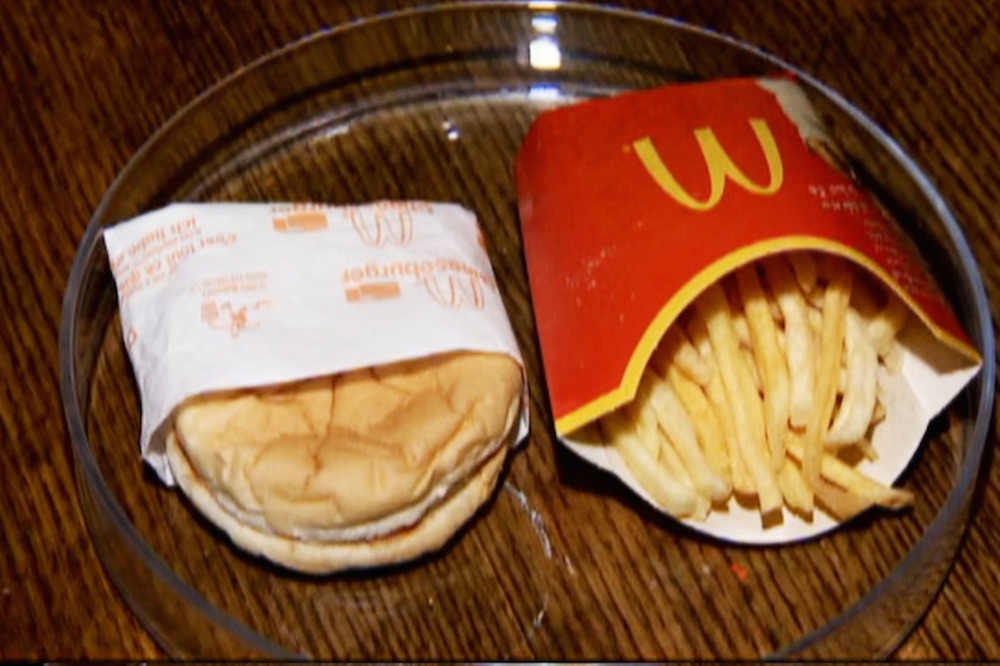 We’ve featured McDonald’s meals that haven’t aged one iota a couple of times on the site – both for one year and two years since purchasing – but this is taking it to a whole new level with a six year old meal. Guess what? Yeah, it hasn’t aged a bit either.

When the worldwide recession hit Iceland back at the end of the 00s, people just stopped going to McDonald’s over there and for once the corporation was forced to shut its doors. The final day that McDonald’s was open in Iceland was October 31st 2009 and a dude called Hjortur Smarason decided to buy a meal as a souvenir, as he figured it would never ever rot and he saw it as an important piece of Icelandic history. And guess what? He was exactly right – well, at least on the never ever rotting part.

The meal was placed in the Icelandic National Museum but they’ve decided that it no longer warrants a place there and so it’s been moved to the Bus Hostel in Reykjavik. The burger and fries are now linked up to a webcam that anyone anywhere in the world can tune into to check out its extremely slow decomposition. That’s if it ever actually decomposes – it’s already gone five years and doesn’t seem to be going anywhere. Happy viewing.