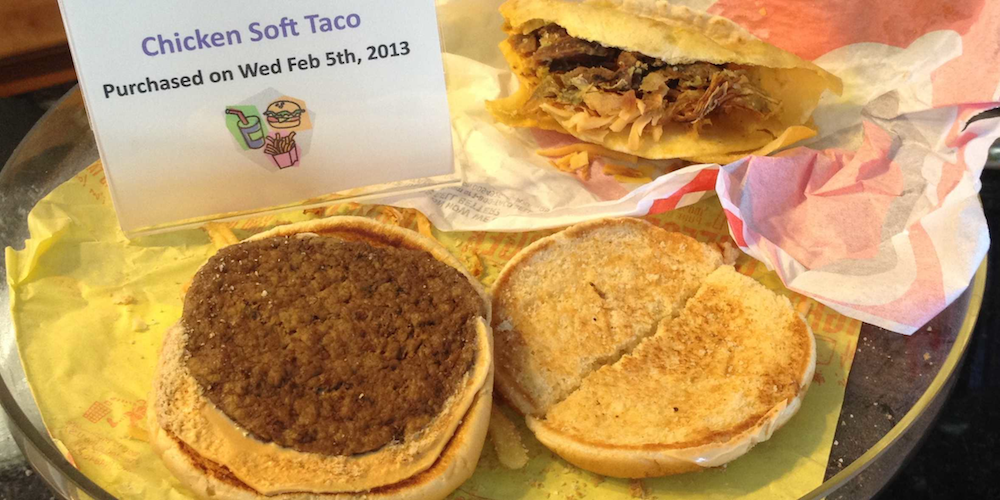 She left the two items on her office’s front desk along with a sign saying ‘let’s see how long it takes for fast food to rot or mold (sic)’. Well, it’s been two years and neither of them look like they’ve been touched by any form of mould or bug or germ or anything. In fact, aside from the bun looking slightly disintegrated, they pretty much look exactly the same. Gross.

Everyone knows that fast food isn’t good for you, but when germs won’t even touch the food you’ve really got to wonder just what is going into it. I’m not sure I even want to know.

McDonald’s has countered this by saying that mould and bacteria only grows in areas where there’s a lot of water present. As the burger and bun loses a lot of water on the grill, they argue that unless it’s placed in a moist environment then there’s no way it can decompose as you would expect it to. Nice try but we’re not really buying it, even if you do make up some untrue video about how your burgers are produced to try and cover it up. 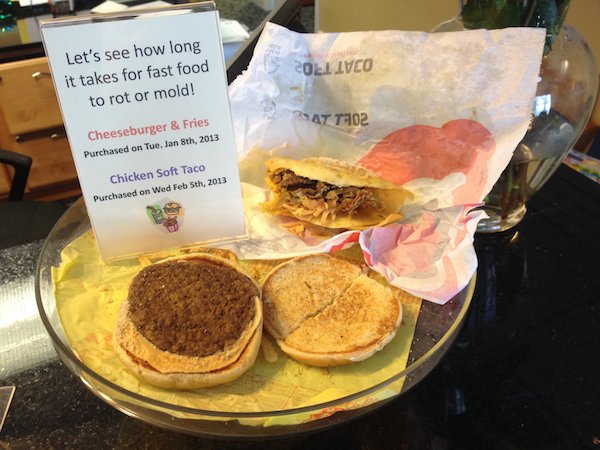