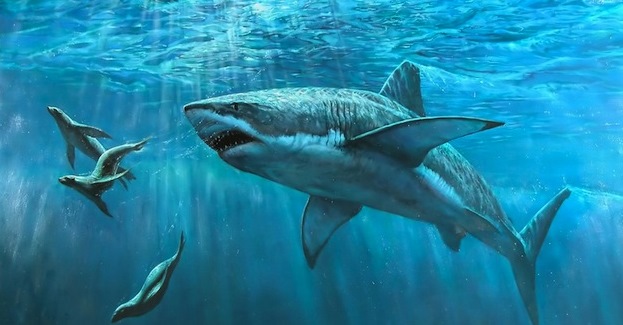 The people of the Republic of Kiribati have been making weapons out of shark teeth for centuries. Now you can too!

Are sharks inherently evil bastards? It’s not their fault they have dead eyes, rows upon rows of razor sharp teeth, electro-receptive hunter instincts, and an insatiable craving for blood. If Jaws hadn’t sold out the shark community for a slice of the high life I reckon we wouldn’t be giving sharks such a hard time.

The people of the Republic of Kiribati (formerly the Gilbert islands) in the Pacific Ocean don’t have a problem with sharks. In fact, sharks are a very important part of their culture, featured heavily in Kiribati mythology and in social customs, for example the initiation rites of young boys who kneel on the beach and watch the sunset as they have their hairlines cut open with shark teeth. Pretty intense, right? Might not make sense to you and me, but it’s all the rage over there and has been for centuries.

But what’s the most badass thing you can do with shark teeth? The Gilbertese also figured that one out centuries ago — fashion them onto pieces of wood and create shark tooth weapons. Mr. Eko definitely missed a trick there on LOST. 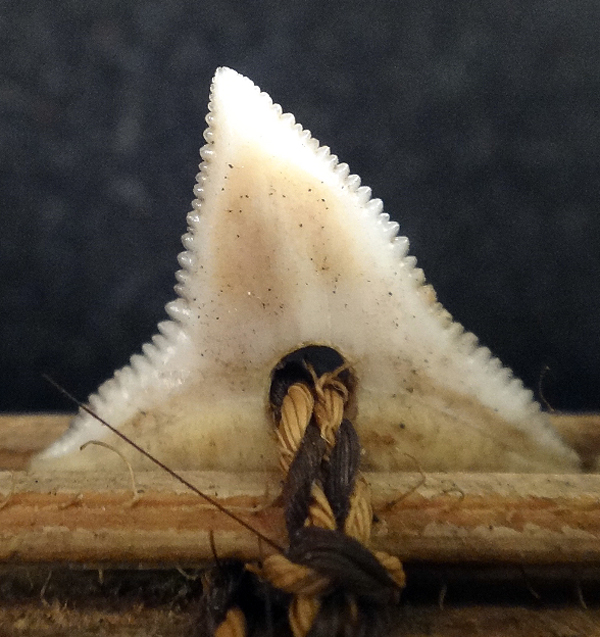 What has baffled scientists and archaeologists is that some of these weapons have gnashers belonging to dusky sharks and spotfin sharks, neither of which can be found in the seas around the Kiribati. Which means they must have been made locally extinct before anyone really knew they existed. 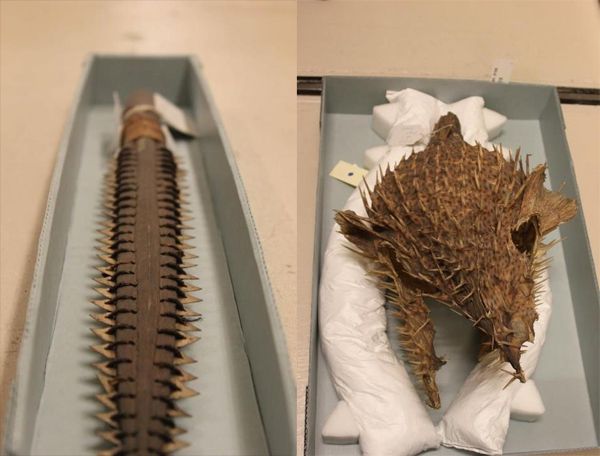 So how does one go about making a shark tooth weapon anyway? 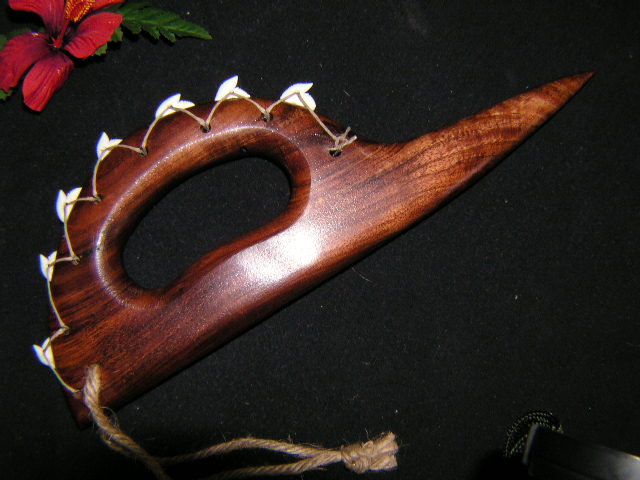 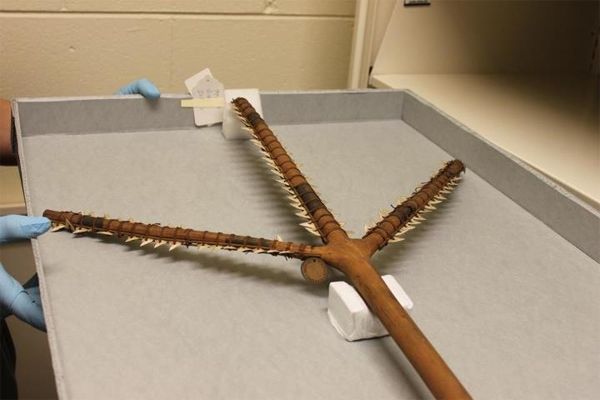 Unless you’re stranded on some remote island and need to defend yourself against a hostile indigenous population, you probably won’t have much use for your new weapons. They’d probably be well impressed with you anyway and invite you into their gang.