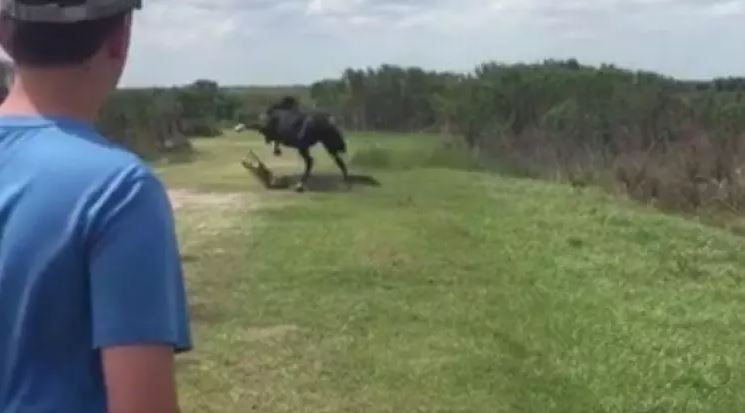 For the first time in internet history – horse Vs. alligator.

Of course if it ever was going to happen, Florida would be the perfect setting. Well over in Gainesville the other day, a crowd gathered to witness the first ever alligator vs. horse fight caught on camera:

Who’d have thought the horse would be the one to instigate a fight? The alligator wasn’t provoking him as far as I could tell, although he was chilling a little too close to where the horses were grazing. If he didn’t stomp that alligator’s head who knows what might’ve happened to them? Good on that horse for showing some foresight and initiative. As for the gator, it’s probably best to get out of dodge when the numbers aren’t in your favour.

For the farmer who tracked down and murdered a massive 100-year-old alligator that was eating all his cows, click HERE.