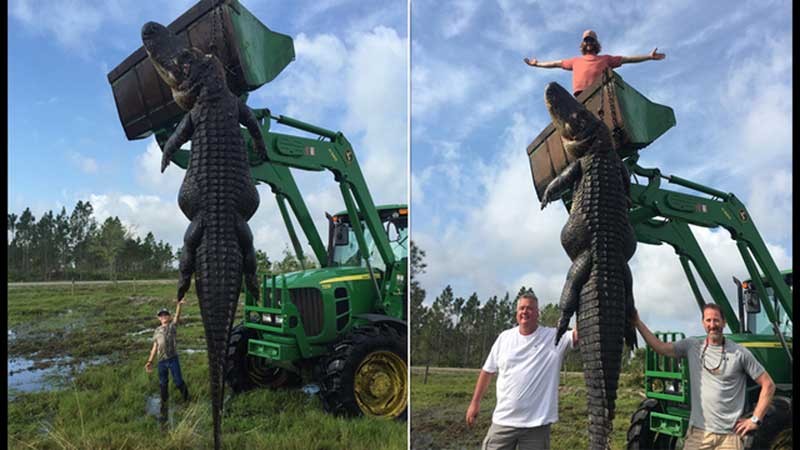 This thing is an absolute beast.

Farm owner Lee Lightsey and his mate Blake Godwin have successfully hunted and shot dead a huge 800lb, 15-foot-long alligator in their native Florida (of course).

As you can see from the photos below, currently going viral, this thing is an absolute monstrosity and could be up to 100 years old according to experts.

The alligator, which Lee believes is responsible for the deaths of some of his livestock, was so big they had to use a tractor to move it around after killing it.

The pair plan to donate its meat to charity and will have it taxidermied for display at hunting shows. 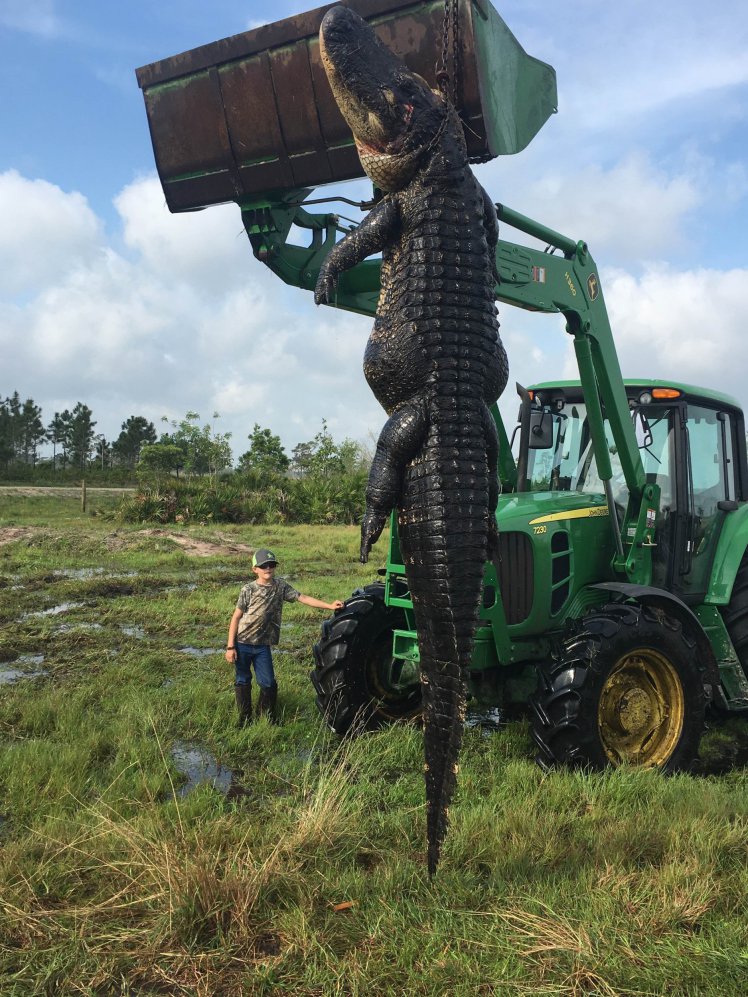 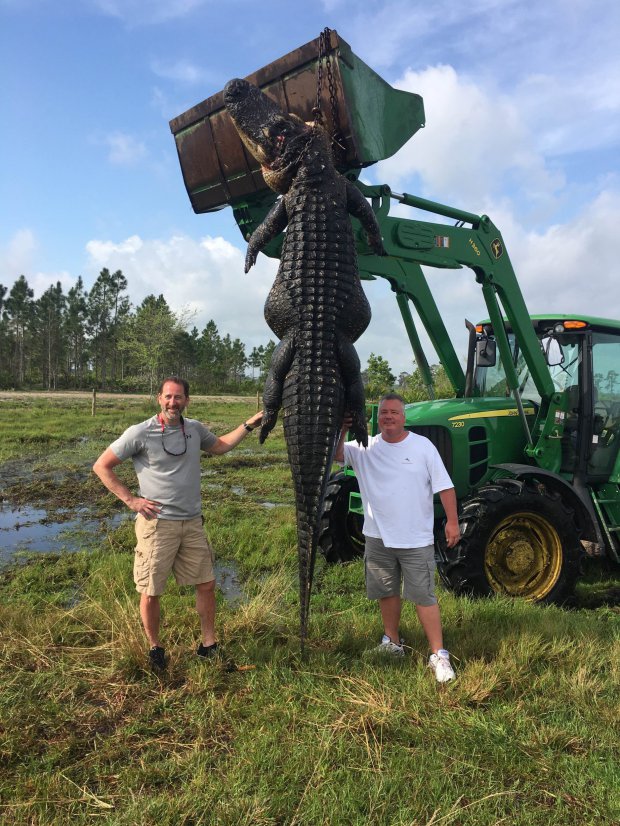 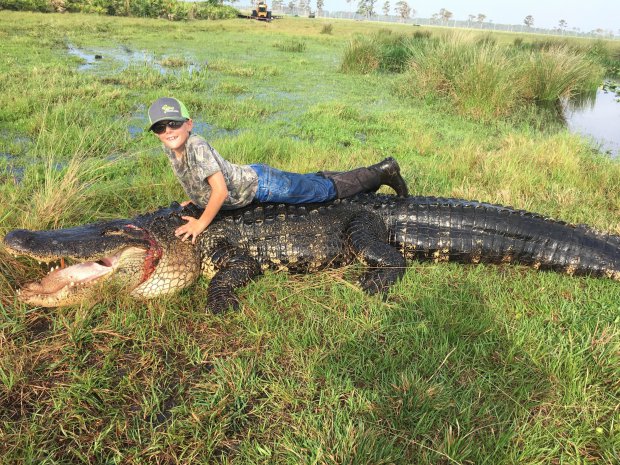 Really though, check out the balls on these two (and that kid) casually posing by this 15-foot-long alligator. Wouldn’t catch me anywhere near an alligator even when it’s dead. I’ve seen enough movies to know that this thing will spring back to life in a split second and gobble you down for breakfast. Especially in a place like Florida where pretty much anything is possible.

Seriously though Florida, we’ve got to deal with your crazy eye-gouging meth-heads and three-way dog sex stories, can we at least leave the 15-foot, 800lb alligators out of it? Cheers.