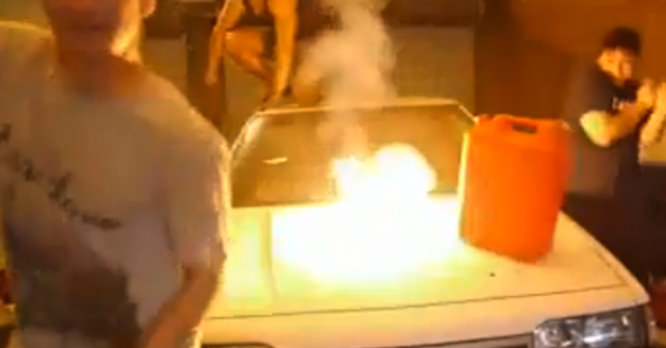 Last month we warned you that God wasn’t happy with latent Harlem Shakers. Here is our second instalment of Harlem Bake – a fiery ending to the world’s most milked dance craze. 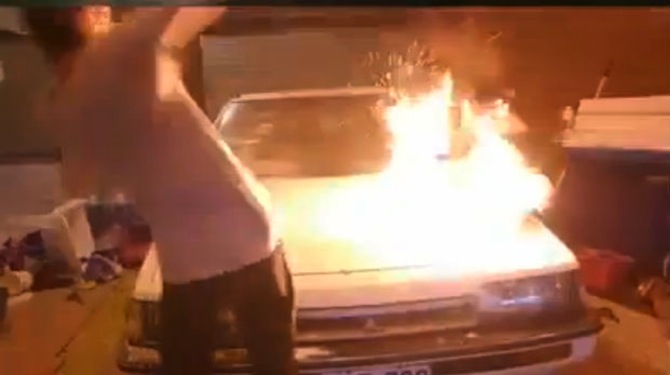 We told you Johnny-come-latelys what would happen if you milked the Harlem Shake, but you just won’t listen. Let this be your second warning: it’s May, don’t fucking Harlem Shake anymore unless you want to go up in flames. We’re sick of it and judging by this — the second (that we know of) fiery punishment of latent Harlem Shakers — God is sick of it too.

Or, you know, it could also be the fact these people are Harlem Shaking in front of a gas canister and flame, mindlessly positioned right next to each other.

The funniest bit has to be the kid trying to douse the flames with what he thinks is water but it ends up being an accelerant. Also, is someone trying to blow on the fire to put it out? Suppose that’s still 100x more helpful than the girl in the background screaming everyone’s ears off.

Russian Man Tries To Fart Into Fire & Nearly Blows Himself Up