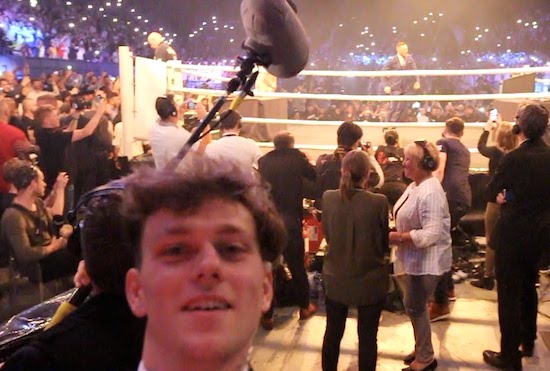 The Conor McGregor vs. Floyd Mayweather fight is going to be the biggest of all time, and it’s literally all you’re going to hear about for the next six weeks until it actually goes down.

The duo just finished their world tour promoting the fight and it was literally the hottest ticket in town. Tickets were free but they were gobbled up in seconds because fight fans can’t miss two men standing on a stage and dissing each other. It’s great entertainment I suppose.

A lot of people missed out on tickets, but that didn’t phase Zac Alsop, who has a reputation for getting into sold out events that seem impossible to gain access to. Of course he was going to stop in at the McGregor/Mayweather press conference at Wembley, and it didn’t even seem that hard for the guy after Floyd Mayweather’s driver posted a picture of the security passes they were going to be using on his Instagram account. Big mistake:

What a joker. It’s kind of funny how the dude is narrating it as well like it’s the biggest thing that ever happened to him. I mean all he did was sneak into the press conference which admittedly is kinda cool, but it’s hardly a life defining moment is it? Guy made it look like he was in ‘Lord Of The Rings’ or something and he didn’t even ask Conor his stupid question about ducks.

For more Conor McGregor, check out the trailer for the fight. That actually is epic… unlike this guy’s story.