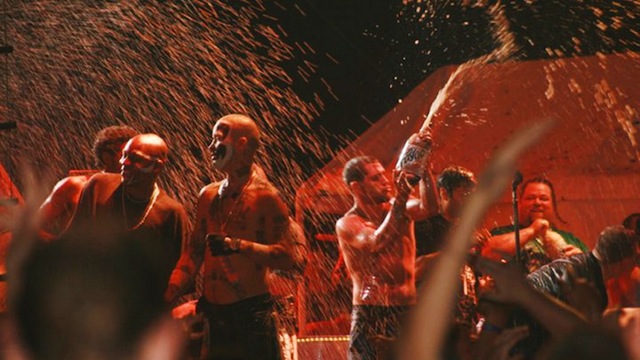 Some clown at the ICP’s Gathering of The Juggalos has cut off his nipple for $100. Here are the pictures, if you can stomach them.

This is the most messed up thing you’ll see all day, guaranteed. A guy at the Gathering of the Juggalos (a five-day annual music festival hosted by Insane Clown Posse, a.k.a the worst rappers alive), had his right nipple removed with a scalpel for $100.

“I’ve been getting mixed responses”, he said when asked afterwards about the general reaction he’d received. “Alotta, ‘what the fucks?’”. 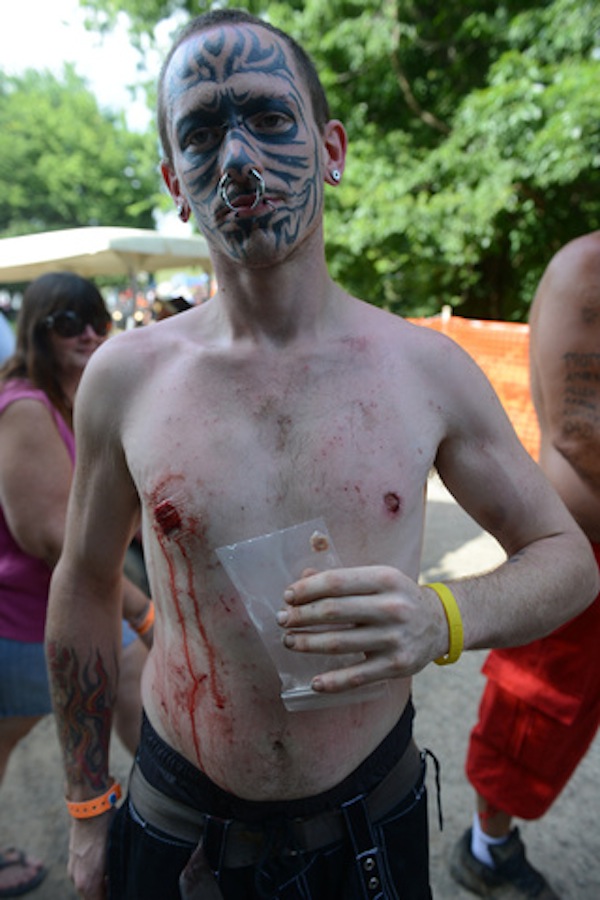 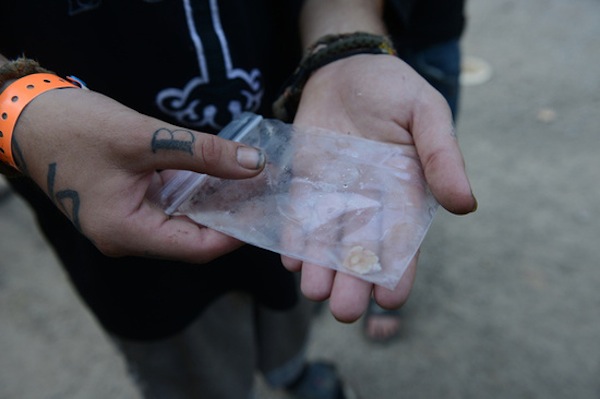 You may have noticed that this fool is also missing his left nipple. That’s because he had that one sliced off too, about ten days earlier for $58.

If You’re Into This Kind Of Thing: OK Cupid Juggalos

So he’s managed a better deal from his second nipple removal, but is that due to hard-nosed negotiating skills or the fact that nipple prices are on the rise? We’re too busy throwing up to even think about that one.