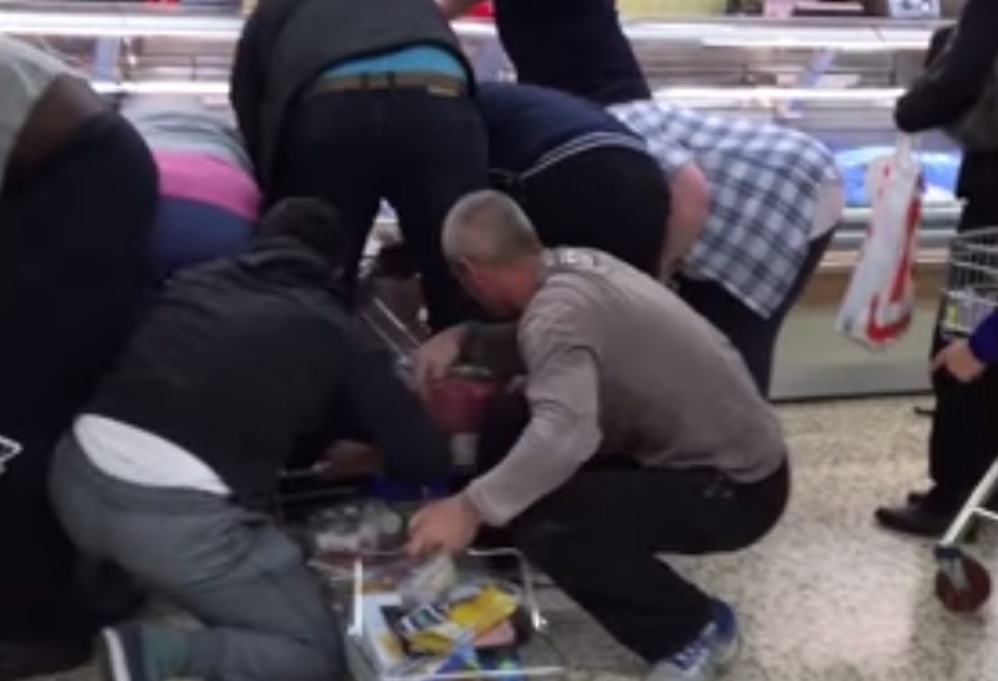 The fall of civilisation.

Everyone except vegetarians enjoys eating meat because you can’t deny it tastes delicious (even if you are a vegetarian), but I don’t think I’ve ever seen anyone like meat as much as the people in this video. Not even Man Vs Food or someone like that.

It goes down in the Tesco Extra store in the Weston Favell shopping centre – which is apparently somewhere in Northampton – and it may well very likely signal the downfall of Western civilisation. It features a bunch of shoppers having an almighty ruckus over some packets of discount meat.

The shoppers are told to sit down on the floor by staff before being allowed to scramble towards the meat in a formation that resembles a rugby scrum. The best part is probably that the woman threatens to take the meat away – making it sound like this is a regular occurrence – if they don’t stop salivating and hold back until she gets out of the way.

The shoppers don’t seem to care that everyone else in the shop is looking on at them in disbelief as they desperately hurl the discount meat into their shopping baskets. The guy filming it – some 32 year old guy called Johnny Walker – can’t believe it at all and says this a number of times during the video. To be honest I can’t either.

All the shoppers look pretty happy as they emerge with baskets full of meat and their savings of maybe £10 but the rest of the country is probably looking on at this and shaking their heads. I hate to sound like an old timer but has it really come to this? Are things really so bad in Northampton that people have to fight each other for discount meat!? Baffling, strange and more than anything sad.

This Is The Best Street Fight You’ll Ever See