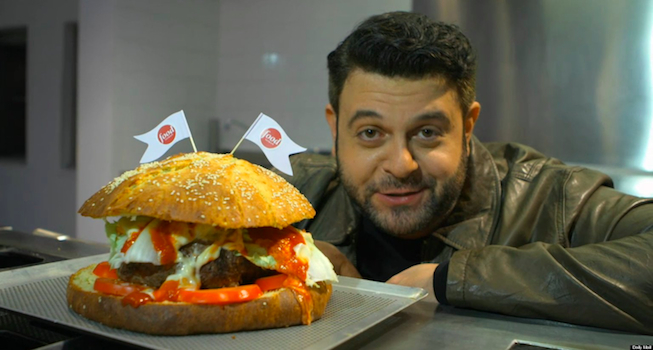 Everyone knows Adam Richman as the fatass host of Man Vs Food, but you won’t believe how he looks now that he’s retired from eating competitions.

Man Vs Food was (is?) a great show that everyone knows and everyone loves. What’s not to like about watching a fat dude go around America checking out some of the weirdest food on offer and then attempting to complete (and usually fail if it has anything to do with spice) some of the hardest eating challenges out there? Nothing, that’s what and like I said, the show is almost universally loved.

Most people were saddened to hear that Man Vs Food Adam Richman was going to retire from the show and in particular the challenges in January 2012, amid fears of long term health risks if it continued in its current format. This was a massive bummer but the show is still repeated pretty much every day on some TV channel so you can always stop by and check it out. It’s one of those shows where you don’t really remember what happens in it when you watch it because every episode is pretty much the same, so tuning into old episodes isn’t really that much of a chore.

Adam Richman is still making Man Vs Food, only it’s called Man Vs Food Nation now and just involves him checking out restaurants that make weird food, rather than competing in the challenges. It’s OK but not really the same. It has enabled Adam Richman to slim down dramatically though – he’s lost 60lbs since the end of the show and now looks great. Check out the picture below: 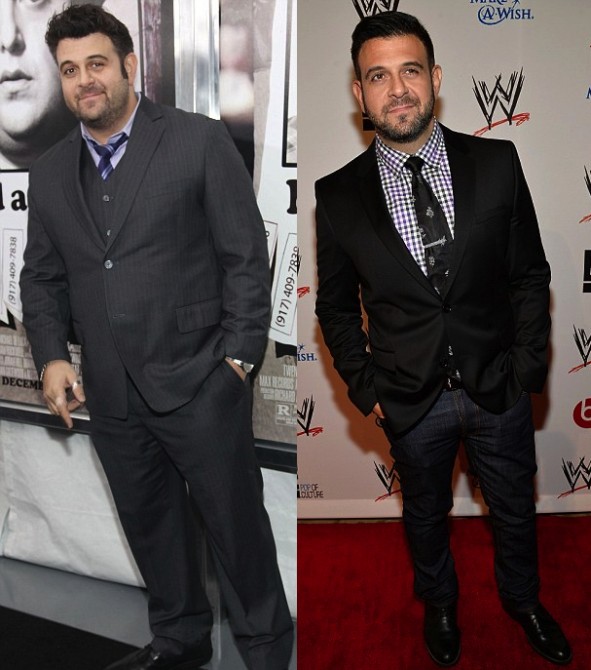 From working on the show for four years, Richman’s waist line had ballooned to over 40 inches and he had developed what he refers to as a ‘doughy face.’ He was concerned about his health because of this, but was (obviously) way more concerned about the fact he couldn’t get laid even though he was a celebrity.

He embarked on a healthy eating regime coupled with a new exercise program, and just watched the weight fly off. Before he just used to go to the gym and walk at a leisurely pace on the treadmill (like that’s gonna get anything done fatass) but now he makes sure he does at least 1000 paces a day and he also started playing football regularly (apparently in central midfield!?!?) and weight training. Richman also makes sure he never keeps ice cream or peanut butter around the house and only eats healthy food all the time, like almonds, Greek yoghurt, salmon and meal replacement bars. Yum.

Richman also has a new show coming out soon called Fandemonium which focuses on the biggest fan gatherings across the nation from food fairs to testicle festivals. I don’t know what a testicle festival or why it exists so I’ll probably be checking that show out. Richman should do a good job presenting it as he’s always really enthusiastic and likeable on Man Vs Food, so this show could be good as watching really weird obsessive losers talk about their weird obsessions is always entertaining. 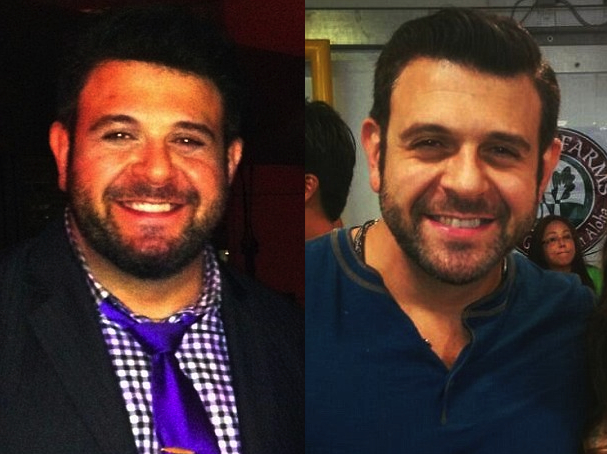