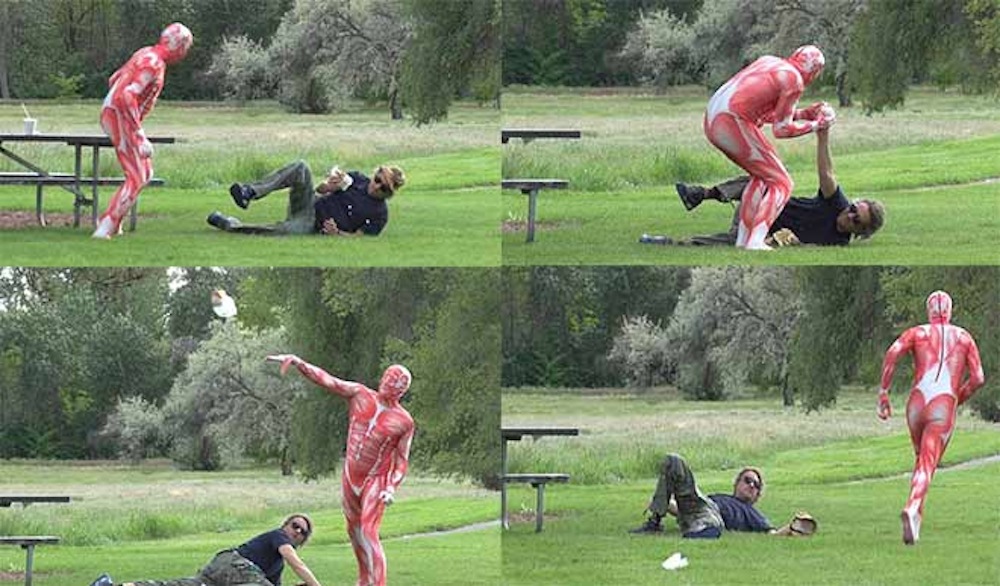 A guy named Brad Burns has recounted an absolutely insane story from when he was recently walking his dogs in Veteran’s Memorial Park in Boise, Idaho. Burns was just minding his own business when he saw a guy in a human meat suit randomly attack a guy who was eating a hamburger as he strolled through the park.

The whole story is pretty unbelievable and I can’t really do it justice so I’ll let Brad’s statement tell it for you: 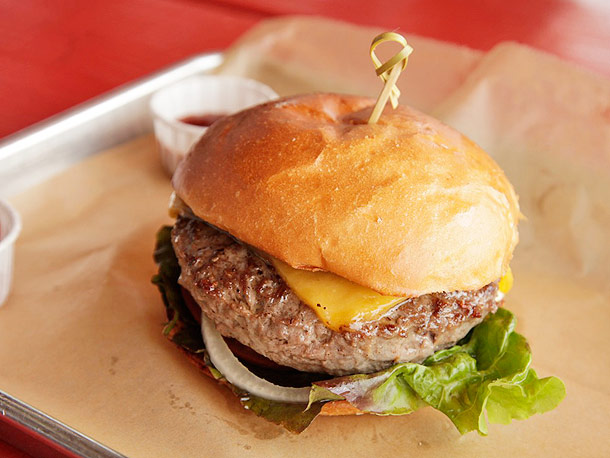 I saw the meat man run at the guy full force and knock him off the picnic table. My first instinct was to run because I thought the attacker might be a serial killer, but instead I decided to face my fear and capture the attack on my Samsung smartphone.

The assailant knocked the dude down, took his hamburger, threw it about fifty yards and then ran away, disappearing into a thicket of trees.

The meat suit guy was yelling ‘meat is murder!’ over and over during the attack.

He is obviously another whacko vegetarian. They’re all whacko. I plan to eat more meat now than ever because of what this freak did.

He said he was wanted for train robbery and couldn’t go back to prison because it’s way too scary there.

I felt so bad for him losing his hamburger and stuff that I didn’t dial police.

Instead, I helped him to his feet and just watched him hobble away. In retrospect, I should have driven the guy to Wendy’s and bought him another hamburger.

Obviously the guy in the meat suit isn’t the only whacko in this story as it seems like both Brad Burns and the guy who got attacked have a screw loose. That only serves to make the whole thing better though really doesn’t it?

To be honest the whole story sounds like it could be made up, but the camera doesn’t lie and something akin to what Brad is describing definitely happened somewhere and somewhen. Someone else has backed it up with a Facebook comment that you can see below too.

It’s also kinda crazy that all this went down in Idaho – it’s normally the kind of stunt that would go down in Florida.