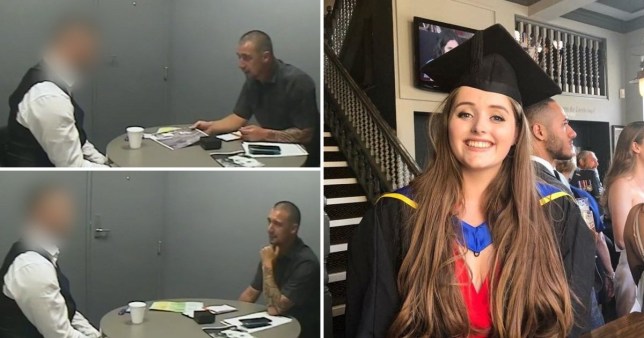 Imagine lying this casually 5 days after killing someone.

Last week we wrote about the New Zealand man who was arrested for murdering 21-year-old British backpacker Grace Millane in Auckland after they matched on Tinder.

He then returned home, carried Grace out into the forest in a suitcase and buried her before hiring a professional cleaning service.

A clip from the killer’s interview with Detective Ewen Settle has now been leaked, conducted 5 days after Grace’s death:

It’s interesting watching clips like this knowing the person is 99.9% guilty. This isn’t some petty lie either, he’s just casually trying to explain his way out of being accused of murdering someone 5 days earlier.

Just the fact he’s staying remarkably calm only a few days removed from a brutal murder he committed is quite something. I’m not a voice or body language expert or anything so I can’t really see any of the tell-tale signs he’s lying (other than the weird routes he was supposedly taking on CCTV). To the average person he’s just some guy telling the truth. Not that he was ever fooling that detective sitting across from him – staredown city.

For raw footage of the moment a Liverpool man pretended he’d just found his wife’s body when in reality he had just killed her, click HERE.