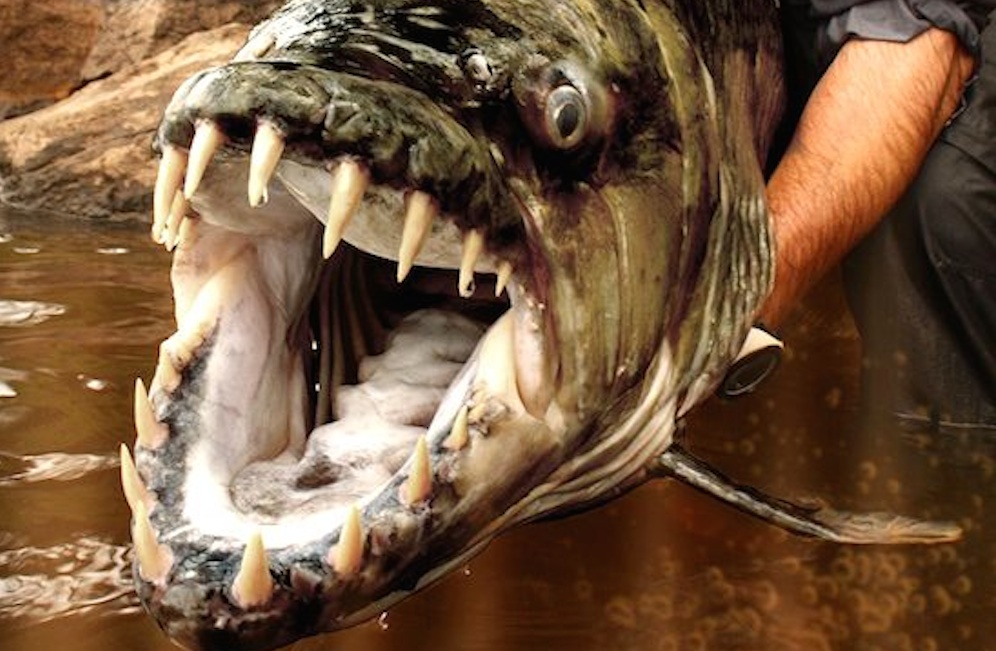 The stuff of nightmares.

It’s well known that there are a lot of really creepy and scary creatures lurking around the ocean, but I didn’t think that there was anything as monstrous as this just floating around in regular rivers. Sure there are piranhas – which we all know are completely lethal – but this is one big son of a bitch and I don’t ever want to be caught anywhere near one of them to be honest.

Luckily that might be easy to achieve as this one is found in the Congo and I doubt I’ll be going swimming in that any time soon, but that doesn’t mean this guy won’t be populating my nightmares for the next few days. It’s called a Goliath Tigerfish and they can grow up to six metres long and have teeth that are are as lethal as piranhas and a jaw that is as strong as a crocodile’s. Basically, you don’t want to mess with these dudes at all.

Despite the obvious dangers, this badass fisher Jeremy Wade decided to try and catch one anyway, and surprisingly succeeded. It’s even creepier close up as you see its teeth chomp up and down and its horrible eyes freaking you out. I wouldn’t normally say this but I hope Jeremy didn’t put it back in the river after this video was finished because one less of these guys definitely wouldn’t have me crying.