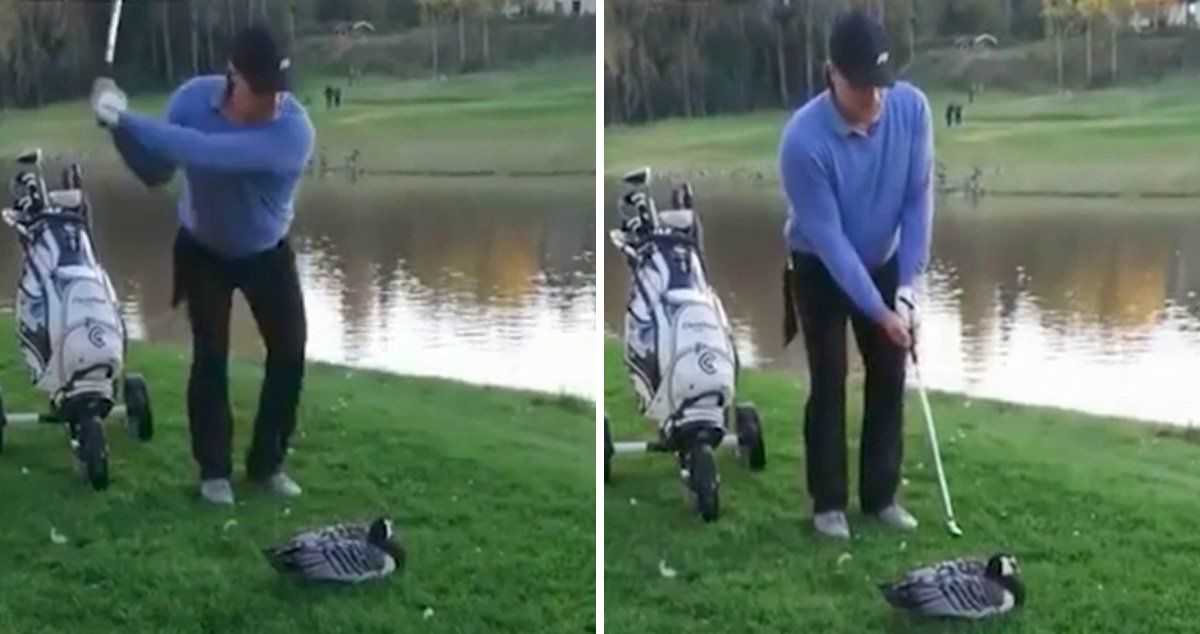 As the connoisseur of viral videos that you no doubt are, it’s highly like that you saw the one doing the rounds where a golfer appears to swing his club at a bird and decapitate it.

The video went viral after the incident happened on Monday and the unnamed guy ended up getting arrested for it last Friday. Everyone was roundly condemning his actions, with an RSPCA worker saying:

We are shocked to see reports that a golfer in Finland killed a goose in such a horrific way. This is completely unacceptable, and would have caused the bird unthinkable suffering.

Anyone who finds an injured animal should call the relevant animal welfare specialists as a matter of urgency, whether that be a vet, or a welfare organisation like the RSPCA here in England and Wales.

It does seem like a pretty open and shut case when you put it like that. However, the unnamed golfer has attempted to explain his conduct, insisting that it was it was in the best possible interests of the bird that he took this course of action. He reckoned that the bird had been hit with a golf ball in the head and was left on the floor with blood pouring out of its mouth and nose. He felt that the humane thing to do would be to end its suffering by hitting it on the back of the head with a club, and he had no idea that this action would lead to the bird’s decapitation.

Yeah, I’m not sure how much I believe that story, but the fact he’s come out and tried to defend himself rather than being ambushed and pressured into saying it does make it more believable.

Although he was arrested for it so I suppose that’s kind of the same thing, but the video evidence seems the most damning. Like why the hell would anyone film him killing a bird in the first place, especially if it was allegedly out of mercy. Ain’t nobody wanting to film that.

Seems like he’s probably going to go to jail or get fined or something then. Nice try pal, but there ain’t no flies on the internet.

For more decapitation, check out this story about a guy who got decapitated on a South London train. It could happen to anyone.