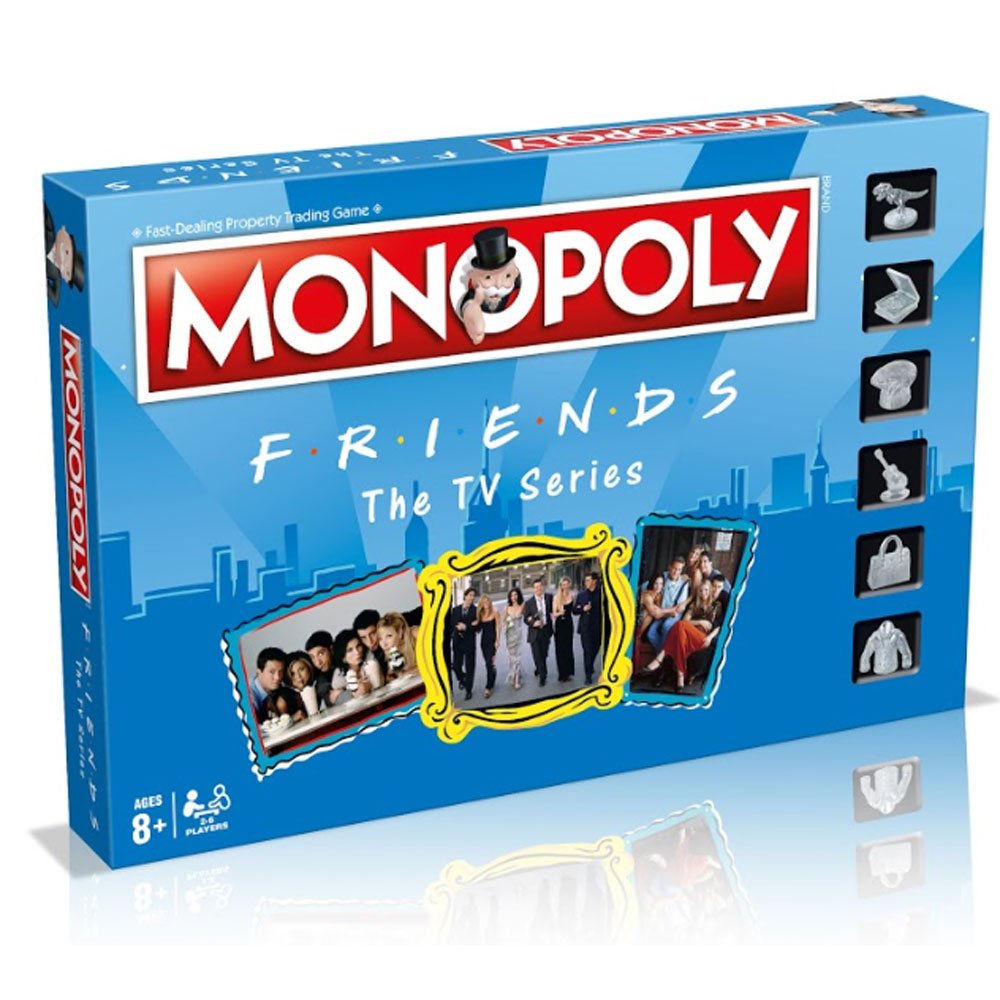 Given how enduring Friends seems to be – I know everyone has already seen it but Netflix actually paid $100 million to keep the show on the streaming service because it’s by far and away their most streamed programme – it’s surprising that nobody has thought of making a Monopoly version of it yet, but it seems like the ball has dropped in 2018 and both franchises are set to make even more money. Whoopah!

I’m not really sure what else there is to say about a Friends version of Monopoly other than giving you some of the kooky details about it that I know you’re going to love, like the fact that you can play as a mini dinosaur if you want to be Ross or a mini chef’s hat if you want to be Monica. Cool right? 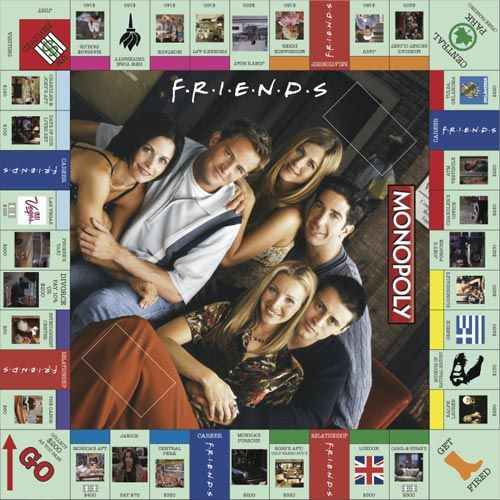 The board also features a bunch of locations from the shows and your favourite moments, including stuff like The Holiday Armadillo, Pivot and The Routine. Not really sure how they’re going to get those in there, but probably through Community Chest or something. Sure the lolz will be flowing on Christmas Day if you give this to someone in your family.

The Monopoly set will cost your around £25 and it’s on sale pretty much everywhere you can think of to buy board games in the UK. Apparently it’s already selling out in some places though so you had better be quick.

For more of the same, check out the title sequence without any music. Creepy.