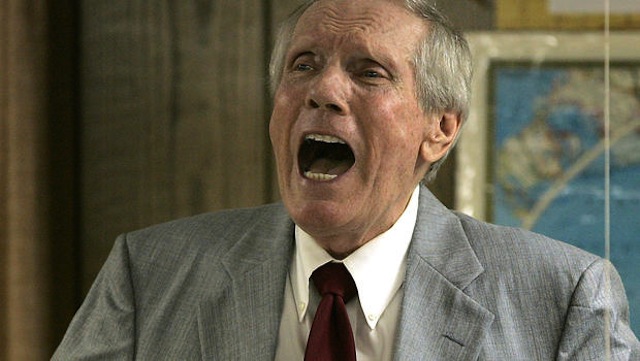 Fred Phelps, the father of the Westboro Baptist church who was famous for his campaign against Americaâ€™s acceptance of homosexuality, has died at 84. Yay?

Fred Phelps, the founding father of the Westboro Baptist church, famous for their campaigns against America’s acceptance of homosexuality, has died at 84. Don’t mean to sound jovial over the death of any human being but in this case… yay?

Come on now, the guy was an absolute villain. He was so hated that even devil worshippers hated his guts. Actual people who worship SATAN, the most evil fucker in the universe, thought this guy was a piece of shit. That’s how you know you’re a truly detestable human being.

He leaves behind 13 children, 54 grandchildren, and 7 great grandchildren, who we can only hope grow up without their daddy’s/grandaddy’s/great grandaddy’s warped beliefs. Two of Phelps’ sons, Nathan and Mark, left the church when they became adults and are vocal in criticising everything it stands for, so there’s hope for the little ones yet. 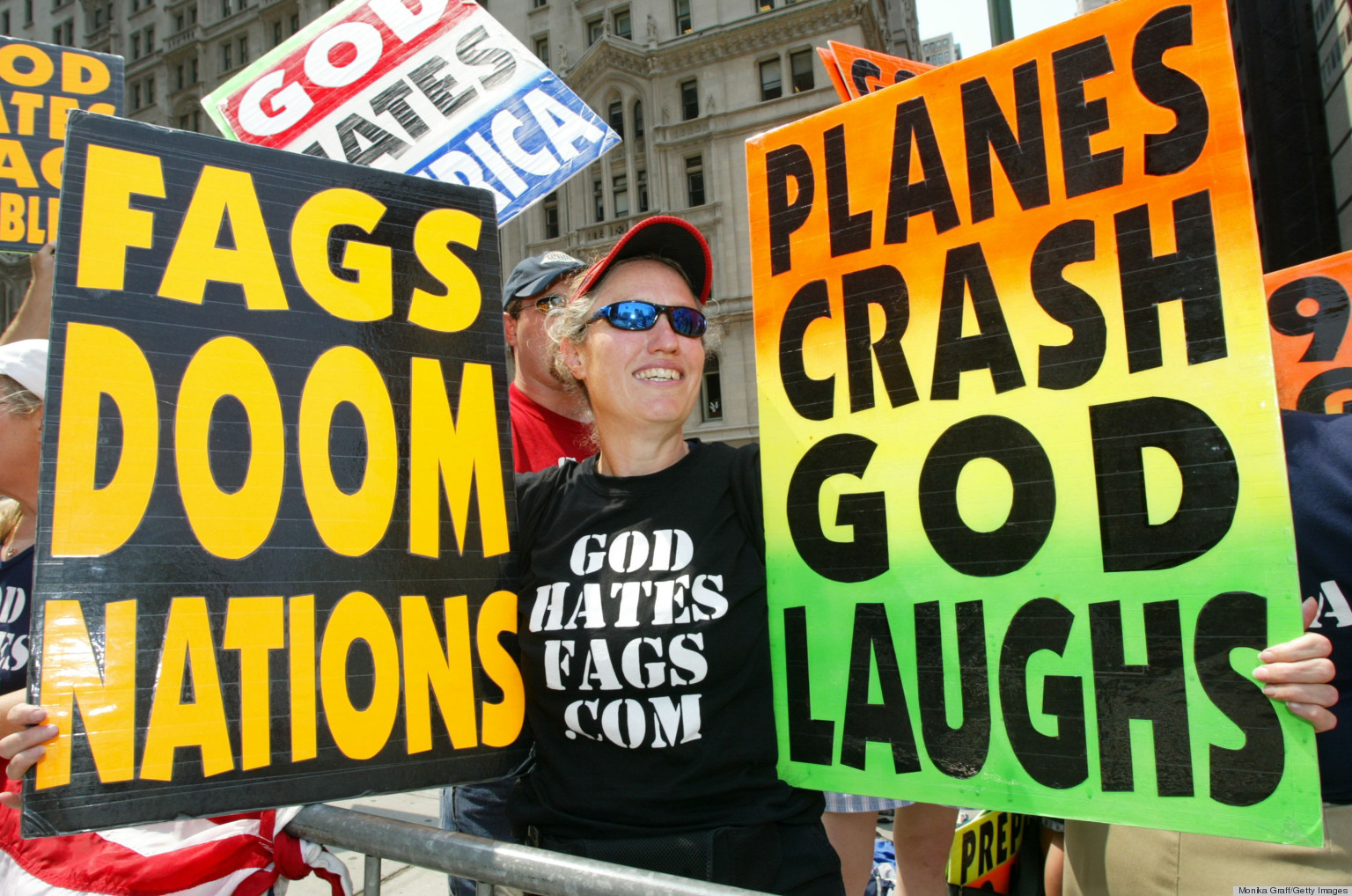 Following Phelps’ death, the Church left this message on its site:

“God forbid, if every little soul at the Westboro Baptist Church were to die at this instant, or to turn from serving the true and living God, it would not change one thing about the judgments of God that await this deeply corrupted nation and world.”

Phelps started up the Church in 1955 but it wasn’t until they picketed the 1998 funeral of 21 year old gay student Matt Shepard where they really hit headlines, holding up signs that read “Matt in Hell” and suggesting he deserved to die because he was gay. He was beaten to death in a hate crime, by the way.

Since then they’ve picketed funerals of people who have died of AIDS, as well of US troops who have died at war, even describing 9/11 as a “glorious sight” and natural disasters as punishment from God because we tolerate homosexuality. Basically they just say outrageous shit to provoke people and get a reaction out and it works. 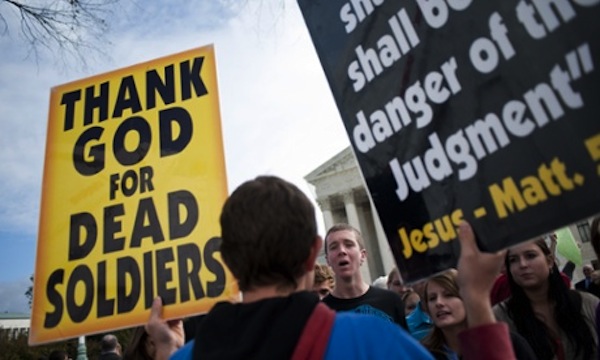 I will give them credit for one thing, and that’s when they called Taylor Swift the “whorish face of doomed America”. That was pretty funny.

Overall though, they’re just a big gang of trolls who want your attention. The best thing you can do is ignore them. Don’t get mad at them, just laugh like they’re the most ridiculous thing you’ve ever seen. Who knows, now with the king of the castle dead, they could one day crumble altogether. As the old saying goes — the fish always rots from the head.