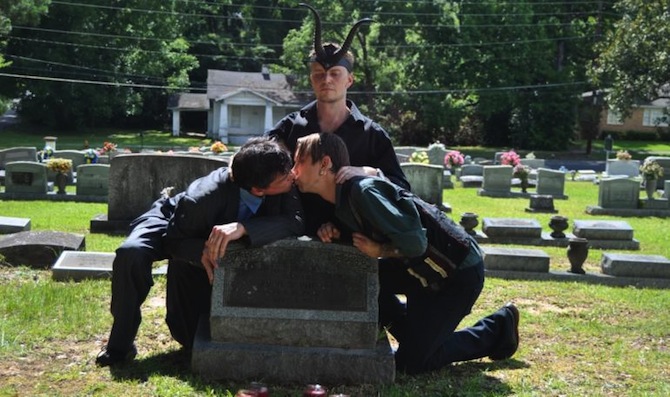 The Satanic Temple has performed a ‘Pink Mass’ over the grave of WBC founder Fred Phelps’ mum’s grave, and turned her spirit gay. Is this the greatest troll ever?

â˜› Read Next: The WBC Launch A Hateful Rant At Taylor Swift

We don’t know much about Satanism but we’re going to take the Satanic Temple’s word for it — having gays and lesbians frolicking above your grave definitely turns your dead spirit gay. Definitely won’t make you any straighter, that’s for sure. So there you go Fred Phelps — your dead mum is a homosexual now. 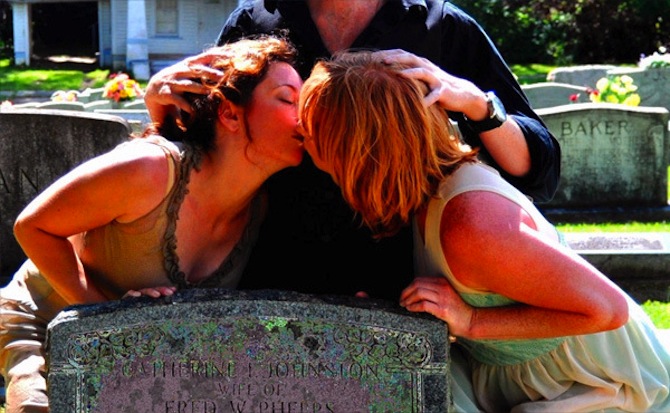 You have to love the Satanists’ head-fucking; properly giving the WBC a dose of their own medicine. Trolling the ultimate kings of trolling. This Pink Mass works, you just have to take their word for it, just like the WBC insists you take their word on their “God hates fags/fornicators” propaganda.

The End Is Near: Bring Forth The Fire Tornado

The only way the WBC can come back from this one is if Fred Phelps goes and protests an anti-gay message over his own mother’s grave. That would be the greatest comeback of all time and we’d all have to accept the WBC as troll kings, no matter how much we hate them.