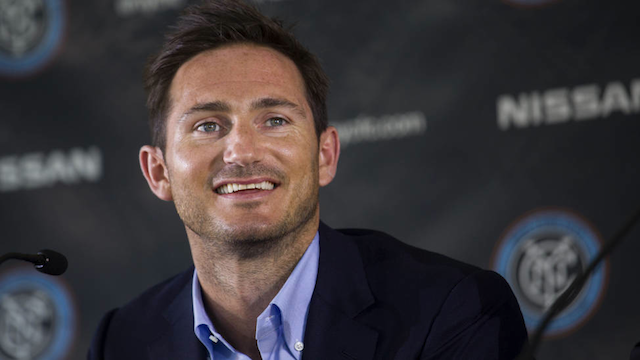 Why do football clubs and their social media teams still think that these things are good ideas?

As many of you reading this are probably aware, Frank Lampard recently announced he was signing for the new New York City team (the aptly named New York City FC) and has jetted over there to link up with them.

As is still the norm for some reason, New York City FC thought it would be a good way to promote his signing by having him conduct a Twitter Q & A. They clearly hadn’t seen similar Q & As with players like Gareth Bale and Rio Ferdinand that got completely trolled and didn’t realise that that would be exactly what happened to Lampard as he took part today.

At least this one was a bit more tasteful though. Americans who don’t know anything about football got a hold of the hashtag they used – #AskLamps – and thought it would be really funny to ask him the questions that they might ask to your average household lamp. Or maybe they were just so dumb that they actually thought that they could ask lamps some questions, it’s up for debate.

Anyway, some of them were actually quite funny, others of them less so. Here’s a selection from both camps.

#AskLamps Do you feel pain when we have to change a bulb?

#AskLamps do you prefer a screw or bayonet connection as an interface with bulbs. I know John Terry likes as good screw.

#AskLamps do you take an energy saving bulb?

#AskLamps What's your problem with the 'i' in Pixar?

#AskLamps How are you adapting to American sockets? Can you cope with going from 3 prongs to 2?

Did you prefer yourself when you were oil or now when you're electrical? #AskLamps

#AskLamps why do @NBBCouncil turn you off in the streets after midnight in Nuneaton? My phone bat died and I couldn't see where I was going.

.@NYCFC How do you respond to accusations that you're a 'shady' character? #AskLamps

#AskLamps do you get turned on when people clap?

#AskLamps is it awkward when people rub on you looking for a genie?

Why is #AskLamps trending I have no questions for lamps