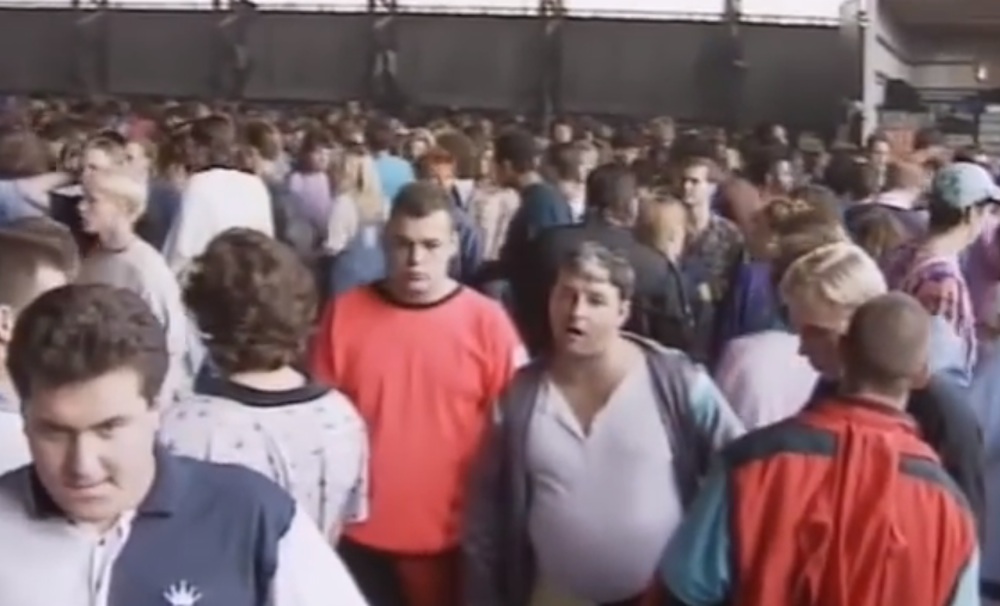 Back in the day it was pretty hard to film an underground rave because you would have to probably take a humongous video camera along with you in order to get any footage. As such, any that does exist is usually a low quality mess where you can’t really tell what’s going on, but occasionally a video does crop up in crystal clear quality and you wonder how that even happened as you explore what the scene was like way back when.

Add this one of an acid house rave in Ipswich of all places to the list. Paul ‘Trouble’ Anderson is on the decks and the ravers are raving, as you might expect. It’s a lot different to the rave scene today though, as the DJ is tucked away in the corner doing his thing instead of being raised on a giant pedestal in the middle of a huge stage, and it looks all the better for it to be honest. Raving how it should be and thousands of people just gurning their faces off and having a great time. Here’s the story of the night from the man who put it on, Tin Tin (his words):

It’s from Dance 89 back, 26 years ago and probably the most mental party I ever tried to organise (and I put on a few). We were supposed to do it in Southwark Park in London as a fund raiser for the Marchioness boat disaster where friends were lost. The mayor took on police pressure and cancelled permission that week. We hunted for a venue and on the night were moved on by police twice before finally getting into this aircraft hanger early Sunday. Around 15,000 people still following instructions at 5am causing road chaos. Who knows how many would have come if it started on time, or in London. I didn’t even make it to my own party as in the London office directing operations, manning phones etc. Meant I didn’t get charged with ‘Conspiracy to Cause a Public Nuisance’ like my partner Jeremy Taylor did though! Crazy days and good to see so many enjoying being taken back!