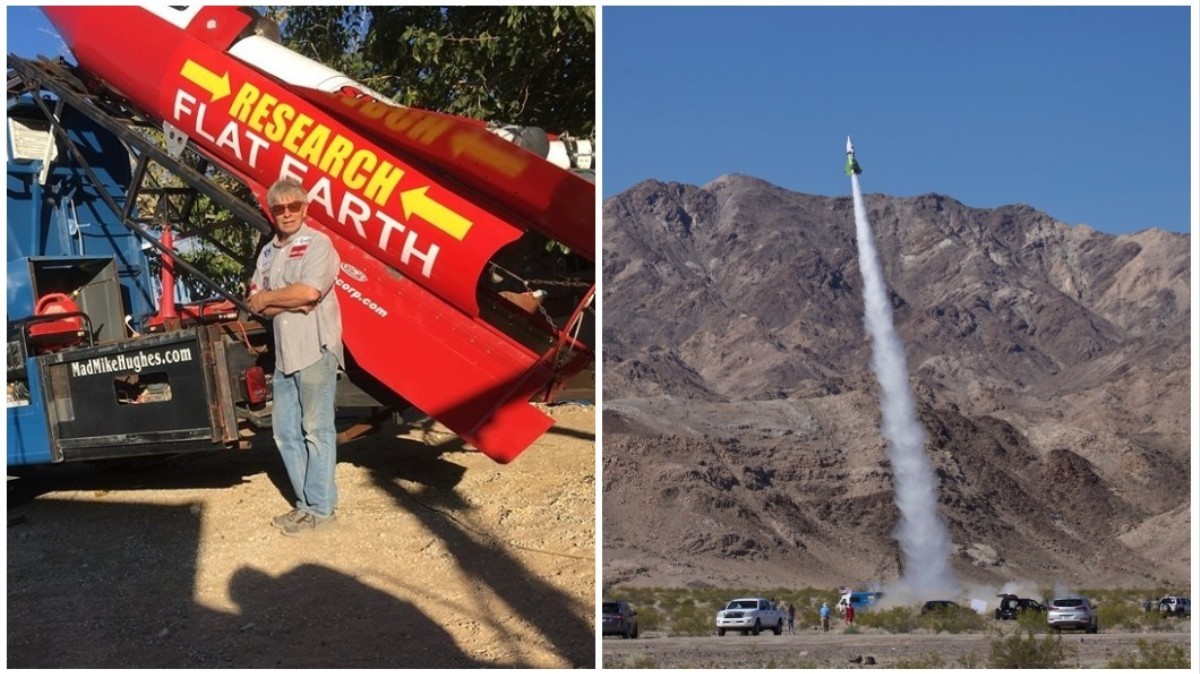 A US daredevil pilot has died after his homemade rocket crashed into the ground as he tried to blast himself into outer space to check for himself whether the Earth is flat or a globe.

As you can probably tell from his name, 64-year-old ‘Mad’ Mike Hughes was just a little bit crazy, but he was also hugely entertaining and well-known in the flat Earth community not just for his beliefs but also for his daredevil stunts (a similar stunt landed him in hospital in 2018).

Here’s the footage of his steam-powered rocket being fired into the sky near Barstow, California, before crashing into the ground shortly after (according to Space.com, the launch was going to feature in a new TV series about amateur rocket makers):

I’m sure a lot of people are making fun of Mad Mike right now, but you have to admit it’s pretty cool that a 64-year-old went to all this effort to try and find out the truth without putting anyone else in harm’s way.

Obviously I’m not saying that launching yourself 2000 feet in the air on a homemade rocket is a good idea, but on some level you have to admire the fact he went for it, even if it led to his untimely death. RIP Mad Mike Hughes!

For the flat earthers who are planning a boat trip to Antarctica to reach the ‘edge of the world’, click HERE. Um, good luck?