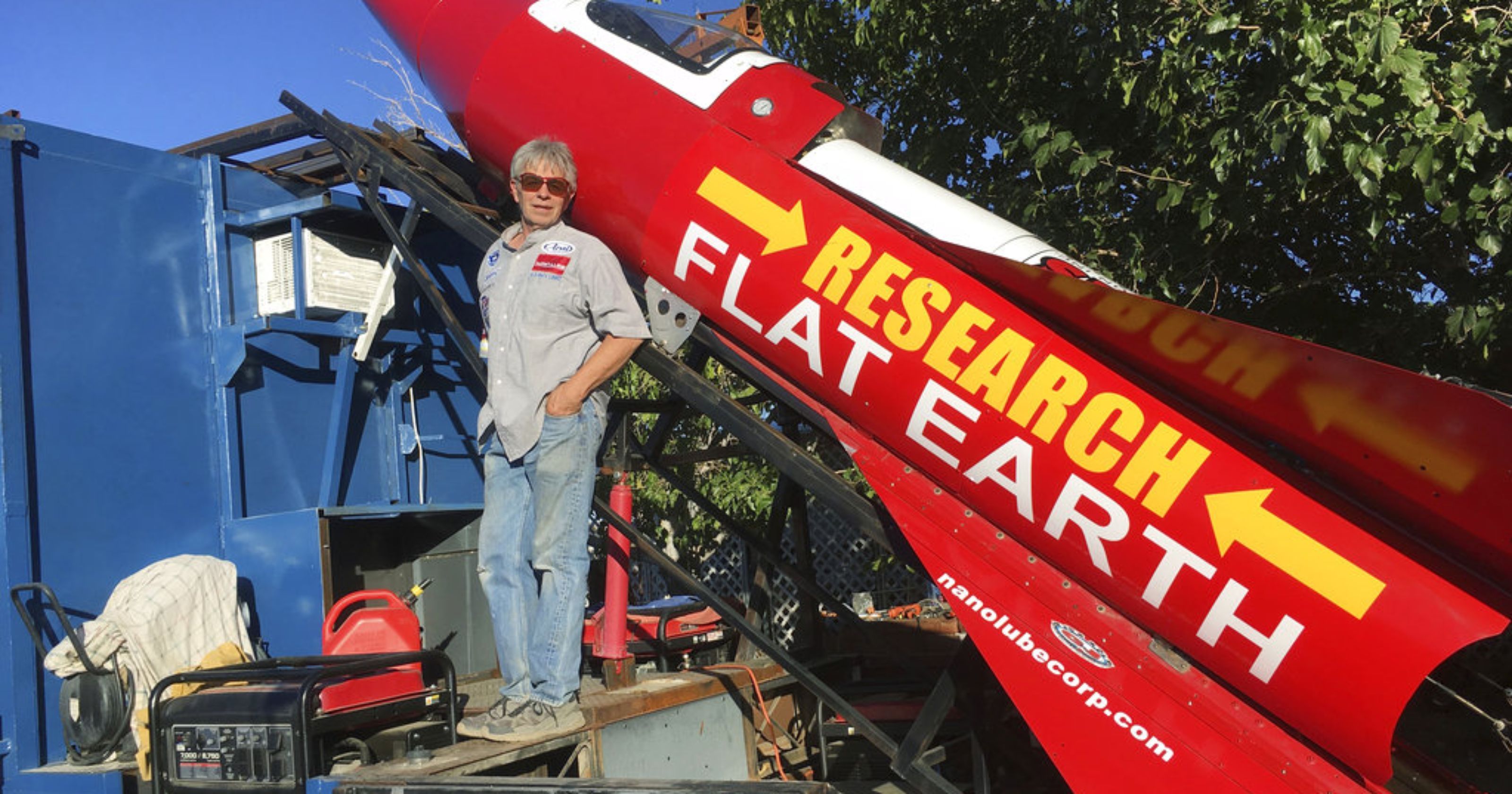 The Flat Earth movement seems to be gaining more and more momentum and whilst I have absolutely no idea why this is happening, I can’t deny that there’s a substantial amount of people out there who are determined to prove that the Earth is flat by any means necessary.

The latest such character to attempt this is a bit different to your average Flat Earther, as he’s actually trying to do something about it. Mad Mike Hughes is some guy from the desert who was so determined to prove that the planet had no curvature, that he decided to launch his own homemade rocket in the desert that would allow him to fly into the atmosphere and see it.

Unfortunately though as you might expect, the launch didn’t go to plan and the rocket failed after it flew up 2000 feet in the air, leading to Mike falling all that way and almost dying. Check out the two videos about the whole experience below:

Not really sure what to make of all that. It’s quite cute that the cops helped him out and everyone was jumping around saying ‘you did it’, but I’m not really sure if he actually achieved his goal of proving the Earth is flat – pretty much just looks like he launched a rocket with him inside it and fucked up his back.

Admittedly that is pretty cool, just not exactly the best way to prove that the Earth is flat and Mike even stated that it hasn’t brought him any closer to the truth. He now intends to build a rockoon – a rocket that’s carried into the upper atmosphere by a balloon and then launched. He reckons this will take him 68 miles above the Earth’s surface and finally allow him to prove it’s flat. I’ll be waiting.

For more Flat Earth, check out the first ever Flat Earth conference. Yep, it’s as weird as you imagine.