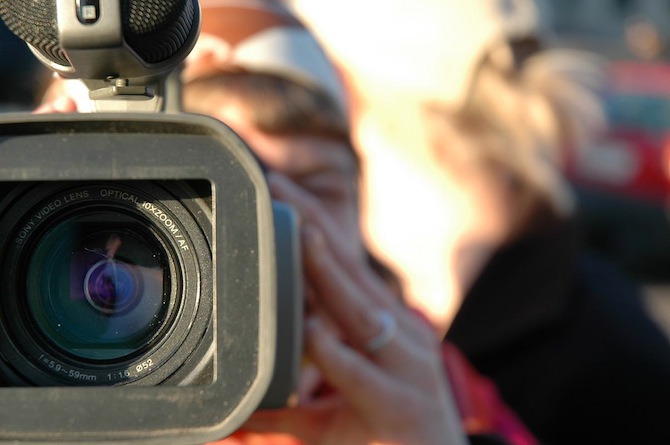 This guy filmed one second of his life every day for six months. The result is pretty cool and the concept is even better.

Can you remember what you were doing at this precise second six months ago? Do you even want to remember or was the acid that good? I definitely can’t remember because I haven’t got some sorta cyborg memory enhancer squashed into my skull and brain and all the drink and smokes have pretty much ruined my long-term memory. I have to get reminded about shit all the time. I even forgot about Father’s Day this year and he had to make do with a hangover-addled 11am text that I sent from a tent I was rotting in, in a field. It doesn’t matter, though. Father’s Day is a load of shit, anyway. It’s just a celebration of when your old man banged your mother and the condom broke.

â˜› Good Smut: Disney’s Full Of Hidden References To Sex; Here’s The Most Obvious Ones You Probably Missed

Things are getting better, though, as right now I can remember what I did a second ago. And that was typing that word. But I can’t remember what I was doing at this second, yesterday. I don’t think anyone can really. Surely your brain would just flump into a frazzled, frothy mess at trying to remember what you were doing, and there’s not much point in making your pink matter hurt more than it does already. But, if you do wanna remember every second of your life then you should invest in a camera of some sort. That’s what gadgets were made for, right? To make our lives easier and more worthless so we can all just take up unneeded space on this planet and ruin our surroundings?

â˜› See What I Mean?: Audi’s New Technology Will Make All Humans Obsolete (Or Will Be Completely Useless)

And that’s exactly what this dude has done. Not ruin his surroundings, but he bought a camera and filmed one second of his life, every day for six months. His name: Matt Skuta. He started this project on December 18th, 2012, and finished on June 17th, 2013. It’s a pretty cool concept as it isn’t necessarily about the whole ‘progression/ageing’ theme that has done – and is still doing – the rounds on YouTube and is more about a glimpse into an average guy’s life as he goes around his daily routine. He’s a busy bastard, though, as he seems to be doing a lotta pretty decent things. He’s probably one of those guys who ‘lives life to the max’ or something but, whatever, he’s made a pretty cool video.

â˜› Another Decent Video: The Best 11.42 Of Internet Video, Ever