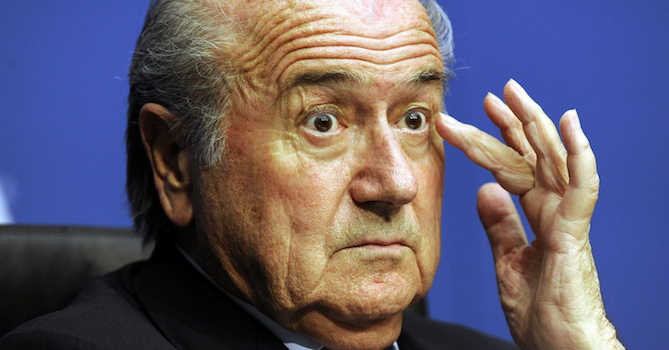 For as long as anyone can remember, Sepp Blatter has been a dickhead. So it’s pretty jokes when his Twitter account gets hacked and he subsequently admits to corruption through it and a bunch of other really funny tweets are sent too.

Everyone who knows anything about football knows that Sepp Blatter is a dickhead. I mean all this crap about the World Cup being in Qatar, gimme a goddamn break man, we all know it’s about the money it’s the most obvious thing ever. Why the hell would anyone actually think that anyone would actually want the World Cup to be played in one of the smallest and hottest nations on the planet? It doesn’t make any sense and it’s going to suck. I’ll be in my late 30’s by the time it happens though so maybe I’ll be dead and won’t have have to be brutally disappointed by it. Here’s hoping.

I actually read a book about Sepp Blatter that came free with Four Four Two about just how corrupt and crappy a guy Sepp Blatter was that I would highly recommend. Basically I can’t really remember the details but he has the keys to the kingdom and gives himself a ridiculous expenses allowance and bonuses whenever he does anything and he’s completely blagged it and stabbed loads of people in the back to get up there, and also somehow he’s restructured the whole organisation so he can never be fired or removed and everyone answers to him. Which to be fair kinda makes him a sickhead, but then he’s way more of a dickhead than a sickhead so I’m sticking with my original description of the guy.

The fact that I think he’s a dickhead – and if you’re reading this then I’m pretty sure you probably think he’s a twat too – makes this really cool. Basically some dudes called the Syrian Electronic Army managed to hack into Sepp Blatter’s Twitter account and the FIFA Twitter account and posted a load of tweets about both him and the organisation being completely corrupt and assholes. It’s awesome.

They then went one better and made up a fake story about Sepp Blatter resigning from his role after he faced corruption charges. It’s pretty awesome that they made up a kind of dialogue with both Sepp Blatter and FIFA tweeting their thoughts on the issue, you know it just makes it seem way more realistic like it could actually be real? It’s a shame it isn’t because it would have been so awesome if that little shithead had finally had to face the music. It’s also a shame that they admitted it was a hack in the last tweet because it kinda ruined the whole thing before it had a chance to be believed by everyone but I guess it’s kinda cool because it’s getting the name of Syrian Electronic Army out there.

Until the day when Sepp Blatter get his comeuppance though  – which will probably never come – we might as well enjoy this. 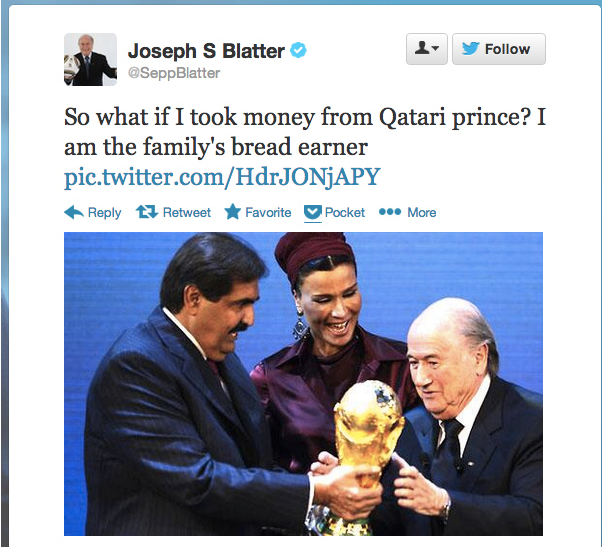 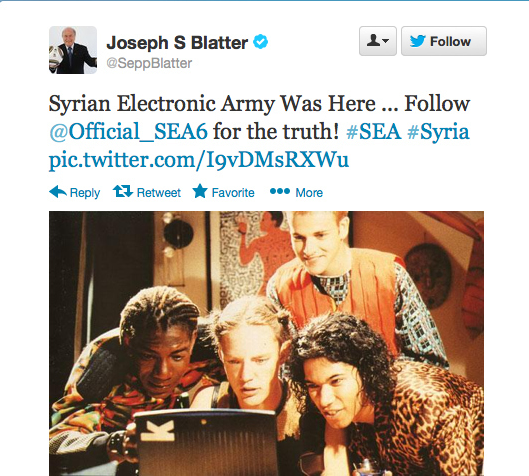 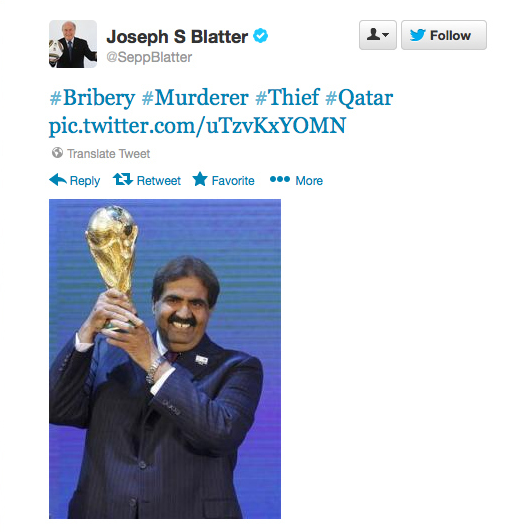