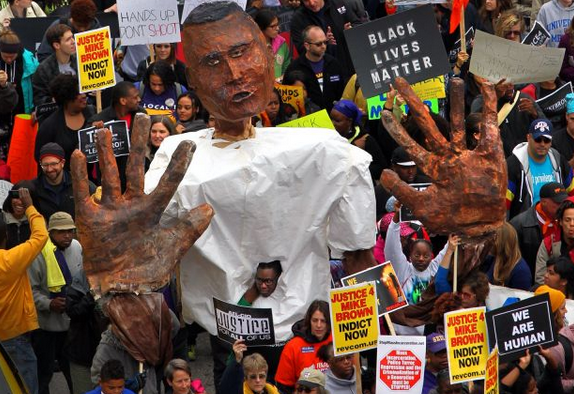 The results were both shocking and unexpected. Large protests, media bias, and possible police cover ups.

We here at Sick Chirpse headed out to St. Louis, USA a few miles from Ferguson to see for ourselves what was going on. October 10th-13th marked large protests and civil disobedience from demonstrators all over the nation. The gathering comes two months after the shooting death of Michael Brown, a 18-year-old black young man, by police officer Darren Wilson.

On the 10th the protestors gathered outside Prosecuting Attorney Bob McCulloch’s office in Clayton, Mo. As usual, police blocked off the streets and lined up in front of the building. What most didn’t see is that there was riot police inside the building waiting for anything to happen. I caught the back-end of the demonstration and saw at least 10 of them come out of the building, shields, helmets, and batons in hand. Not too much happened that night and protests later on in front of the Ferguson police department were relatively small.

The major events happened on the 11th, where 3,500 demonstrators marched down Market Street in downtown St. Louis. What most mainstream news outlets won’t show or speak on is the level of diversity involved in the movement. I saw a good mix of Asians, Blacks, Whites, and even some Arabs at the march. In fact there was an Asians group and a Palestinian group showing solidarity to Ferguson Marchers. Everyone was working together to show to the world their goal to see Officer Darren Wilson arrested and sent to prison for the murder of Mike Brown. Even more, they seek an end to police brutality and state violence by the hands of police. 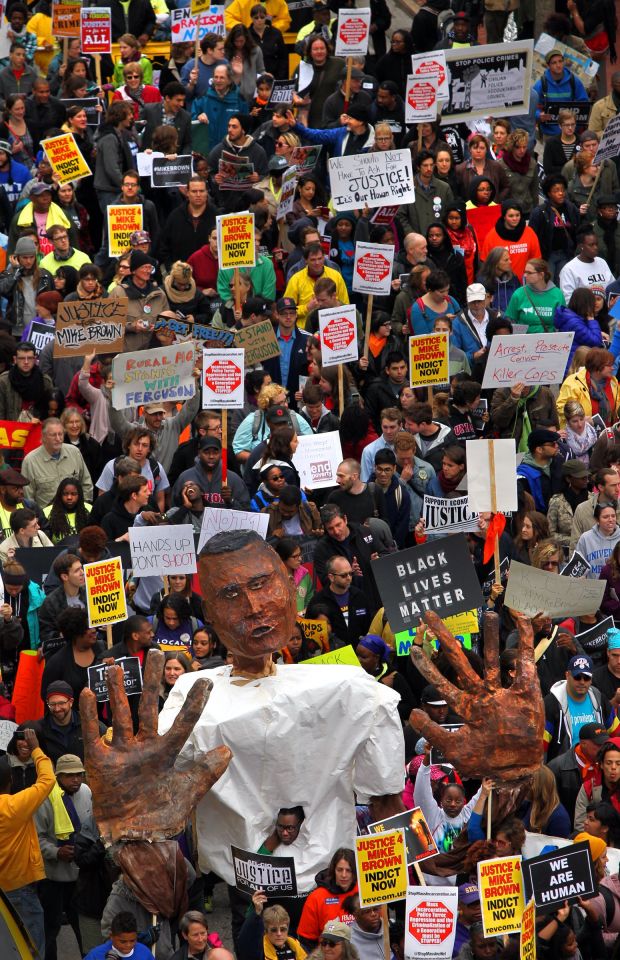 I was filming the emotional and powerful march which you can watch here:

There is an alarming static just released that 200 people have been shot and killed by the police in the USA in the last two months. These numbers are completely out of control and greatly give credence to the idea that the federal government is turning a blind eye to these outrageous killings. State sponsored violence is not really debatable anymore as the facts and statistics don’t lie. However, to look at both sides we need to ask the question,

Is there another reason why the US Federal Government isn’t responding to this level of  violence?

The answer may be that the government isn’t ignoring it as much as people would think. Shockingly, with so many police involved shootings lately, it isn’t outside the realm of possibility that they just can’t keep up with all the investigations. It’s hard to say exactly what’s going on because the USA Justice department is remaining mostly silent on this. Its unclear just how widespread these shootings by police actually are, because only 7% of departments actually report them to the Justice Department. Part of the issue is that America is a huge nation and trying to oversee tens of thousands of police departments and counties is incredibly difficult.