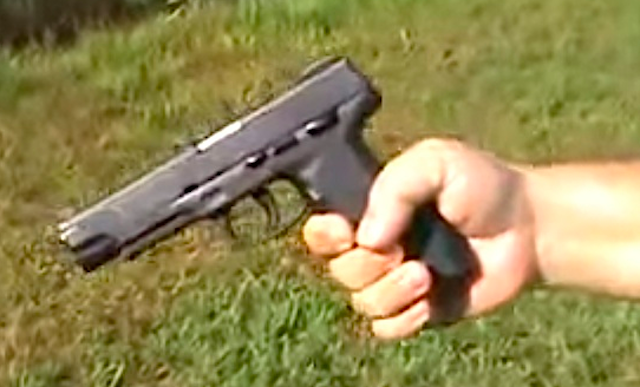 If you thought stuff in Brazil was getting more sensible after the World Cup, then you were wrong.

Despite all the reservations that people were having about Brazil and whether it would be ready and/or safe for the World Cup, it seemed like the tournament went off without a hitch at all and that most people were fairly satisfied with Brazil’s performance – at least in terms of hosting it.

You would like to think that Brazil would use this as a springboard to try and sort out their country, but unfortunately it looks like they’re back to their old lax ways, at least if this video and its description are accurate. I can’t tell what they guy’s saying because it’s all in Portuguese (or maybe even Spanish) but the website I saw it on claimed that these were he guns that were being issued  to the Brazilian police, which is definitely not an indicator of the country moving forward.

The reason for this is quite simple, the gun simply fires just by shaking it around gently – you don’t even have to pull the trigger. If this was actually issued to Brazilian police and it’s a defect in the model rather than just the individual gun then I’m surprised that you don’t hear more about Brazilian cops blowing their own legs off by accident. Of course, there would also be a lot of accidental shootings over there as well, but you probably hear a lot about that anyway.

Anyone know if this is actually the case or just a fucked up gun? Either way the gun is completely messed up and should be destroyed immediately because it’s an accident waiting to happen – kind of like having a shooting range at a kids restaurant.