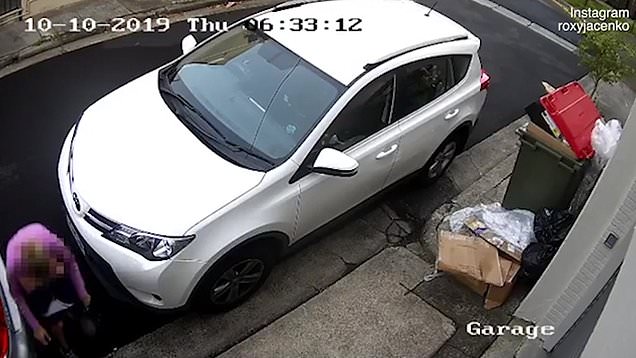 What is it with all the poo stories recently? First we had the lady who shat herself on an elevator, then we had the notorious ‘Poo Wizard‘, and now we’ve got this lady who constantly poops between cars on her morning jogs.

In clips shared by the Metro, the woman over in Paddington, Australia, can be seen stopping behind a car before pulling down her leggings and taking a fat dump on two occasions.

One video shows her during an early morning run on October 10, while the other took place just after 6am on October 14.

Posting the first footage on her Instagram account, Roxy Jacenko (who recorded the woman) asked for the jogger to be named and shamed:

What an absolute disgrace you are, doing this in our residential street where we have a primary school and multiple residences.

This isn’t the first visit by the said female jogger. Do you know who this person is?

On the second clip she commented:

And again – today same lady again. What has the world come to?

She says she has seen human faeces on the street for the last three weeks:

It’s a lovely street lined with heritage terraces, kids playing and riding their bikes. Human faeces shouldn’t be on any street. Something needs to be done.

Well yeah, it is pretty disgusting and out of order, but in the jogger’s defence- if you’ve got to go, you’ve got to go? Well I guess that excuse might fly the first time you shit in the streets on your morning job, but if it keeps happening then it might be a good idea to spend some time on the toilet before going on your run every morning. Unless it’s the running itself that triggers her bowels?

Whatever the case, she definitely needs to sort herself out. Or next thing you’ll know she’ll be lobbing her poop at the judge after being sentenced.