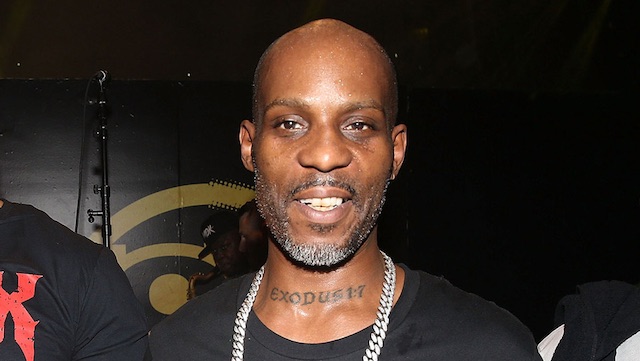 What a truly great guy.

It was a sad day on Friday after DMX’s family announced that he had passed away after suffering a massive heart attack the week before, but over the weekend many of his fans decided to remember the influential rapper by sharing stories of randomly bumping into him over the years and almost all of them were completely awesome.

We already featured a particularly good one about DMX meeting a woman on a plane, but here are a few of the other best ones that emerged over the weekend:

Remembering when DMX went to IHOP in Buffalo and asked if he could make omlettes in the kitchen and that was like the most exciting thing that happened in our city all year. pic.twitter.com/gmAaPdICdq

For those asking for the backstory:
In 2013, DMX was holding a concert in Prishtina, Kosova (Albania) and at the hotel he was staying at, there was a wedding which he crashed and joined in on the fun

DMX once showed up at my hometown Waffle House and mopped the floors for the workers at 4 a.m.

“The minute you get too big to mop a floor or wipe a counter, that’s the exact minute you have life fucked up.”

RIP to a real one.https://t.co/1mxof2aUlK

We riding down broad street minding our business & I noticed DMX was outside talking to fans . I put his music on blast from the car & started hyping him up 😭😩🙌🏾❤️ LOOK AT HIS SMILE #RIPDMX pic.twitter.com/lzdW8bdmkv

i love how DMX was filming ‘exit wounds’ in toronto and ended up in Sum 41’s first music video pic.twitter.com/17Ov7o3aTX

We spoke about addiction & he encouraged me to forgive my father for what he couldn’t control.

He said “forgive him”. I needed to hear that. Of all people, it came from someone I grew up listening to bc of my dad. (2/4)

I want to reshare this. When I met DMX, he was speaking to a group of men who were homeless in Philly. He was energetic, warm and so giving. This is how I will remember him. https://t.co/L14dWJLHPg

Actress Paige Hurd met DMX 17 years ago on the set of Cradle 2 the Grave and eventually became his god daughter .. ever since then the two had been inseparable 🕊🙏🏾 Thats the type of heart DMX had. I pray for her and the rest of his kids 💔 #RIPDMX pic.twitter.com/lgGguSbLsZ

I’ll never forget the time my mom met DMX at a bar in buffalo and the conversation they had lmao. RIP to a true legend ❌ pic.twitter.com/jsax01nXNr

I’ve met a lot of celebs but I was genuinely over the moon meeting DMX 🥺 pic.twitter.com/k5k6HaiH18

met DMX in line @ a Subway in LA. We were in line so we chopped it up for a bit. He was leaving & the sandwich lady asked me for his name was cuz he looked familiar but she didnt know him. She talked loud enough for him to hear & as he exits the store he yells “I’m Ja Rule!”💀 https://t.co/8zv1YEOzuW

Wow. Seriously had no idea what a badass the guy was – sounds like he really was one of the true greats and a real fun loving guy. Favourite one is definitely when he hears his own song playing frm the car and gets amped up singing it in the street. He’ll be sadly missed. RIP.

For more of the same, check out this video of him talking openly about his crack addiction. Powerful stuff.