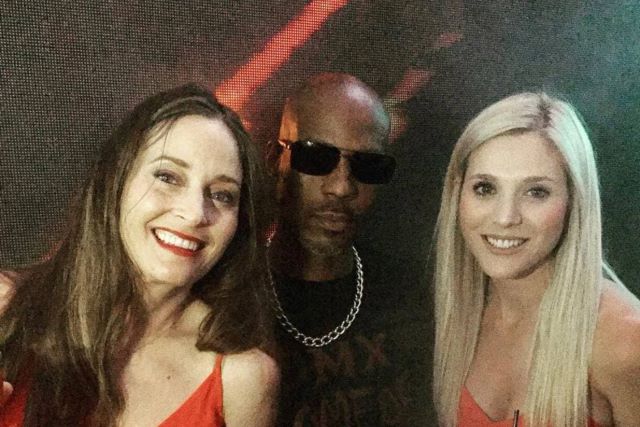 DMX is still fighting for his life in hospital after OD’ing at his home last week, and since then social media has been flooded with people wishing him well and sharing their memories and appreciation of one of the biggest legends of the rap game.

The best one I’ve come across involves a random encounter with a woman named Jen and her step-daughter Mia, who sat next to DMX on a flight to San Diego. It’s well worth the read and a nice peek at a side of DMX many don’t get to see:

🧵My step daughter, Mia, graduated from college and I offered her a long weekend wherever she wanted to go.

She picked San Diego, which was a short flight to maximize the time on the ground adventuring.

I researched hotels, sites and restaurants for our trip.

It was obvious one person, I didn’t recognize, was famous with his entourage in tow.

He settled beside me and I smiled. I continued to talk to Mia while she text me asking who he was.

The flight attendant swooned asking if he wanted a drink before take off. He declined.

After take off he leaned over and asked a question about the headphones he was opening, he had purchased these in the airport having forgotten his at home.

He then introduced himself, “D”

I repeated back “D, the letter?”

He asked me what i was reading.

We got into a discussion about social media, he preferred Instagram, he had more engagement there.

Pro tip: post native or with an image to increase engagement

He explained how he loved when people held up their phone flashlights during performances.

It reminded me of a photo I had just seen of Lin Manual Miranda in an article about Hamilton.

DMX wasn’t familiar w Hamilton so I shared the soundtrack and we talked about the casting. https://t.co/iz1vn0lEgH

He talked about his kids, he has a lot of kids. He worried about them and told me how much he enjoyed being a father returning again to stories of his grandmother and her influence in his life and as a parent.

He talked about her illness, cancer.

He talked about his faith.

Mia’s eyes were big with excitement. I realized he was being polite and of course he wouldn’t call so I smiled and gave him my number and he gave me his…

We took Uber to our hotel.

I had dinner reservations at the best place downtown from NYT 36 hours in San Diego review.

Mia dressed me in her college clothes and off we went to meet DMX, I had lost my damn mind.

At the hotel, a party bus was outside w motorcycles and inside a group in leather jackets adorned w “Rough Ryders”

I asked if DMX was there?

Lol, they ignored me

He narrowed his focus preparing to perform.

We sat on stage and watched him perform a set. He took a break and sat with us.

Mia was all over snapchat documenting her night. pic.twitter.com/o1YywoMnbg

@DMX is a talented artist, a loving father and a kind soul.

I hope they release the song about his grandmother, I remember it being very different and personal.

What a guy. We’ve covered countless mental DMX stories over the years which paint a picture of a guy struggling with demons and addiction, but as his cover of ‘Rudolph the Rednose Reindeer’ showed, there was always a hilarious and down-to-earth dude behind it all.

Hopefully there are only positive developments on DMX by the time you read this. There should be news shortly considering they ran some tests on him today. Get well soon X – would be great for him to fight through this and see all the awesome message of love and support he has been receiving from all around the world.

For a recent video in which DMX opened up about his crack addiction and the first time he smoked the drug, click HERE. Not an easy watch.