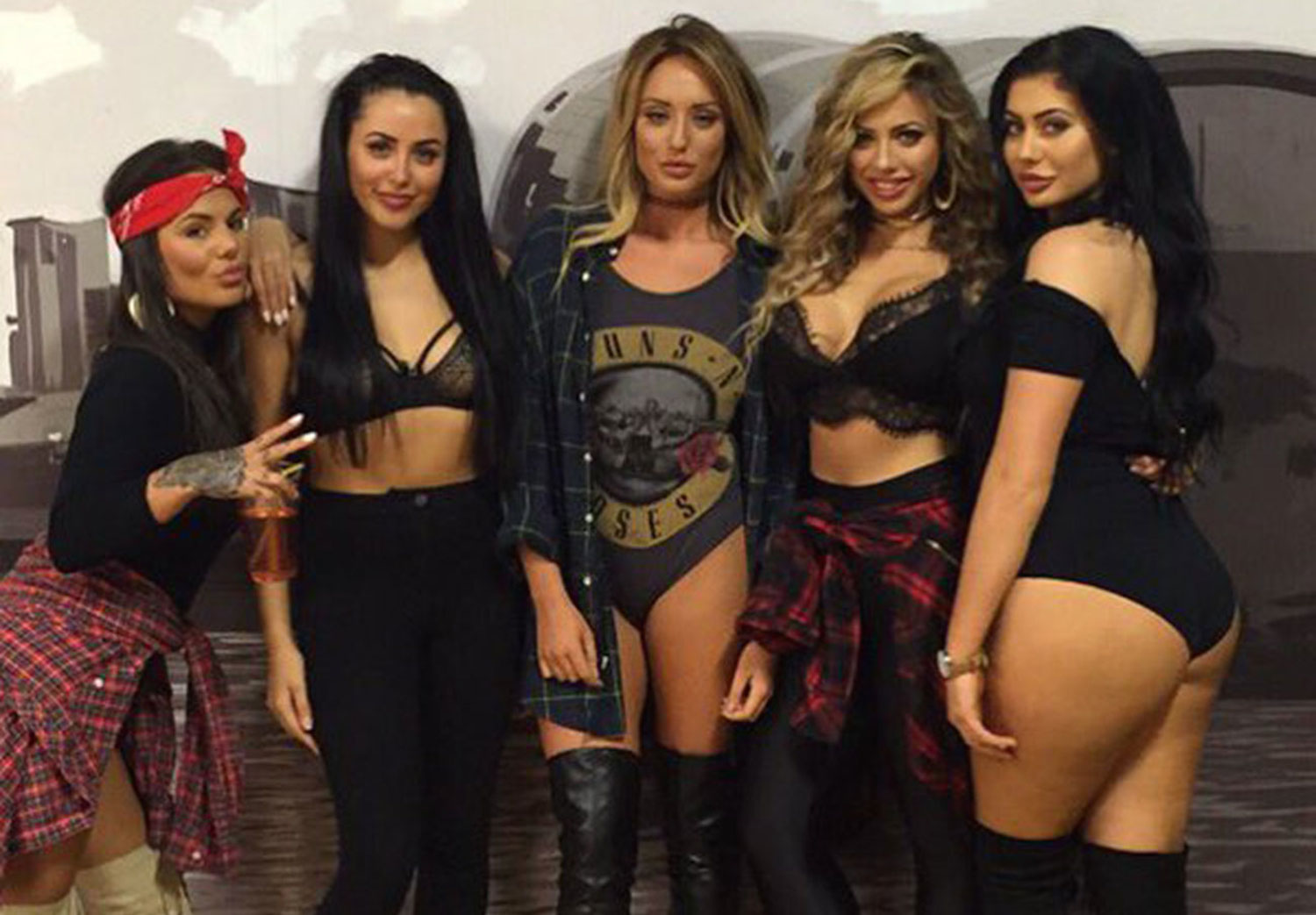 One of the most prevalent arguments in the papers is that their over-sexualised behaviour and ever-changing faces are sending detrimental messages to girls all around the country. But have you ever stopped to think that these vagina holders have actually taught us a lot about feminism? With our own Prime Minister denying even being a feminist, us girls need to grab onto what we can and no other group has shown us this more than the girls of Geordie Shore. They are the modern day suffragettes. With every vomit-induced coma, every syphilis filled shag, they are taking us one step closer to the clit-led revolution.

Within the episodes of Geordie Shore are some very important lessons to be learned on feminism. Trust. If you don’t believe me then I challenge you to watch each one, back to back, until you are a fully-fledged member of the sisterhood. But before you go and do that, let me outline some of the most significant ways the Geordie Shore girls have taught us to break free from the shackles and use genitals and vodka to liberate women worldwide.

Going under the knife will get you that 30% pay increase 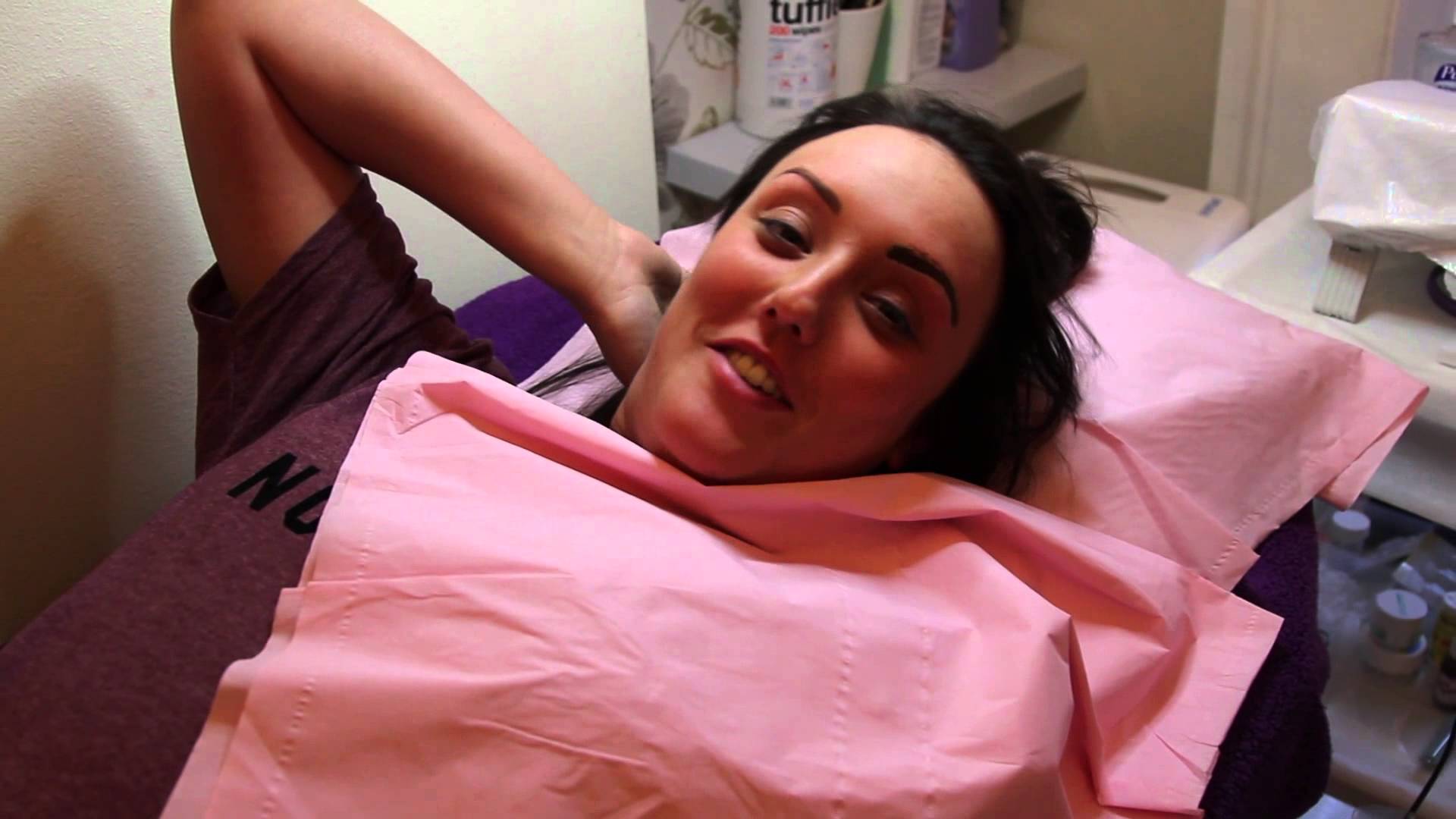 Yeah that’s right girls. We’ve been battling all these years through campaigns, debate and reasoning to get equal pay when we could’ve been getting bare papes by simply shoving a bit of silicon in the lumpy bits.

Yeah, I know that women shouldn’t be paid less than men and it’s a travesty that we even have to ask. But I think it’s quite clear that it ain’t changing, at least not with the tactics we’ve been using. The girls over at Geordie Shore decided to take the reigns and have proved to the nation that it is possible to get equal pay – you’ve just got to bleed a little bit.

Prime example – ASBO queen Vicky Patterson. Now when she accidentally got sent through one of her male co-star’s contracts which revealed that the guys were getting nearly four times as much pay as the girls, did she cry and argue her way to a losing battle? Nah mate. As she states in the video below, Vickie “negotiated” her way to equal pay:

OK, she doesn’t outwardly admit that surgery was the solution, but I think it’s quite obvious that this all happened around the same time that she had her first tit job and arse reduction. That production team saw opportunity in her new assets. The rise in her cup size led to a rise in ratings and subsequently her paycheck. Everyone’s a winner. Needless to say, the rest of the pussy patrol did not waste this prime opportunity: 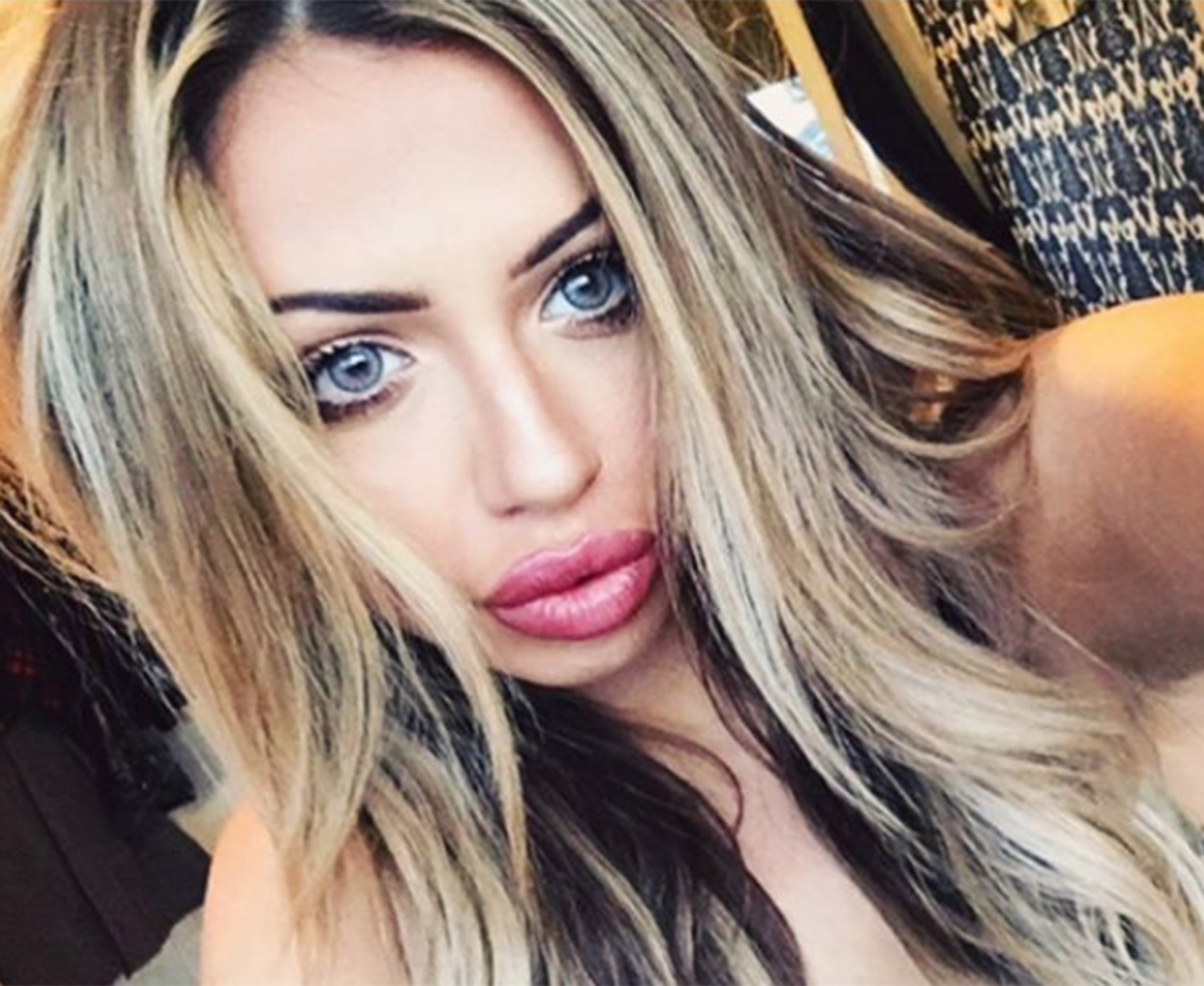 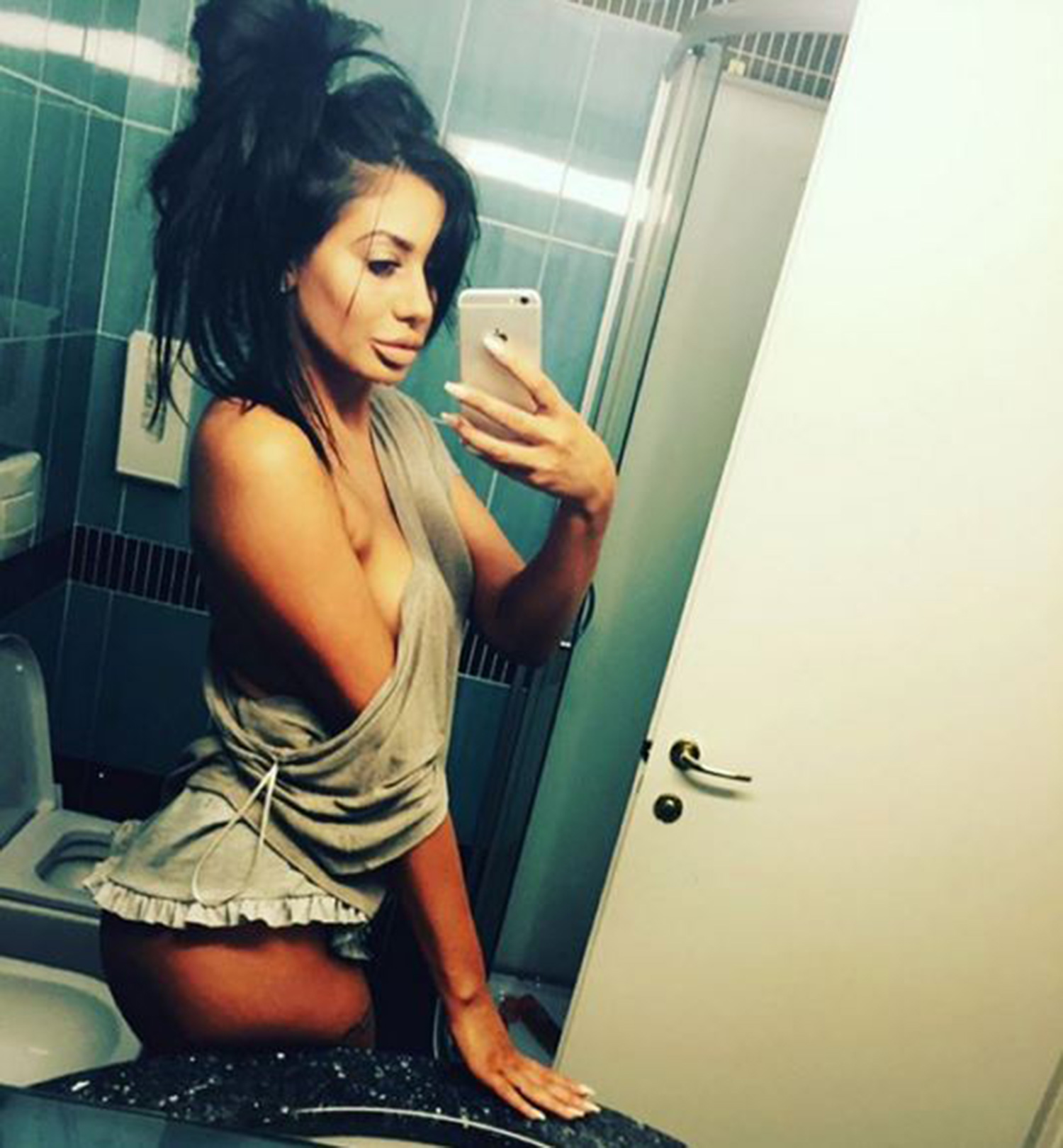 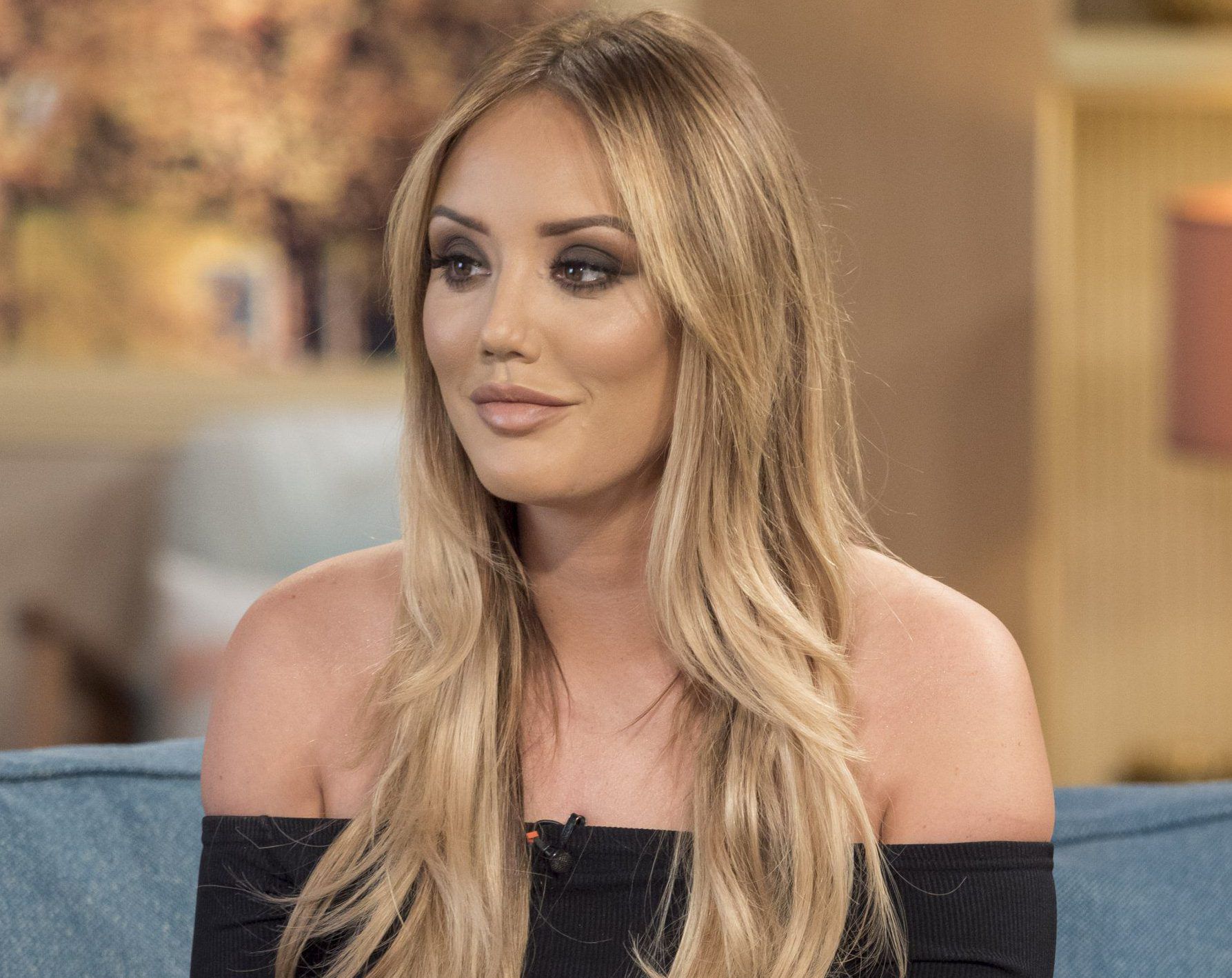 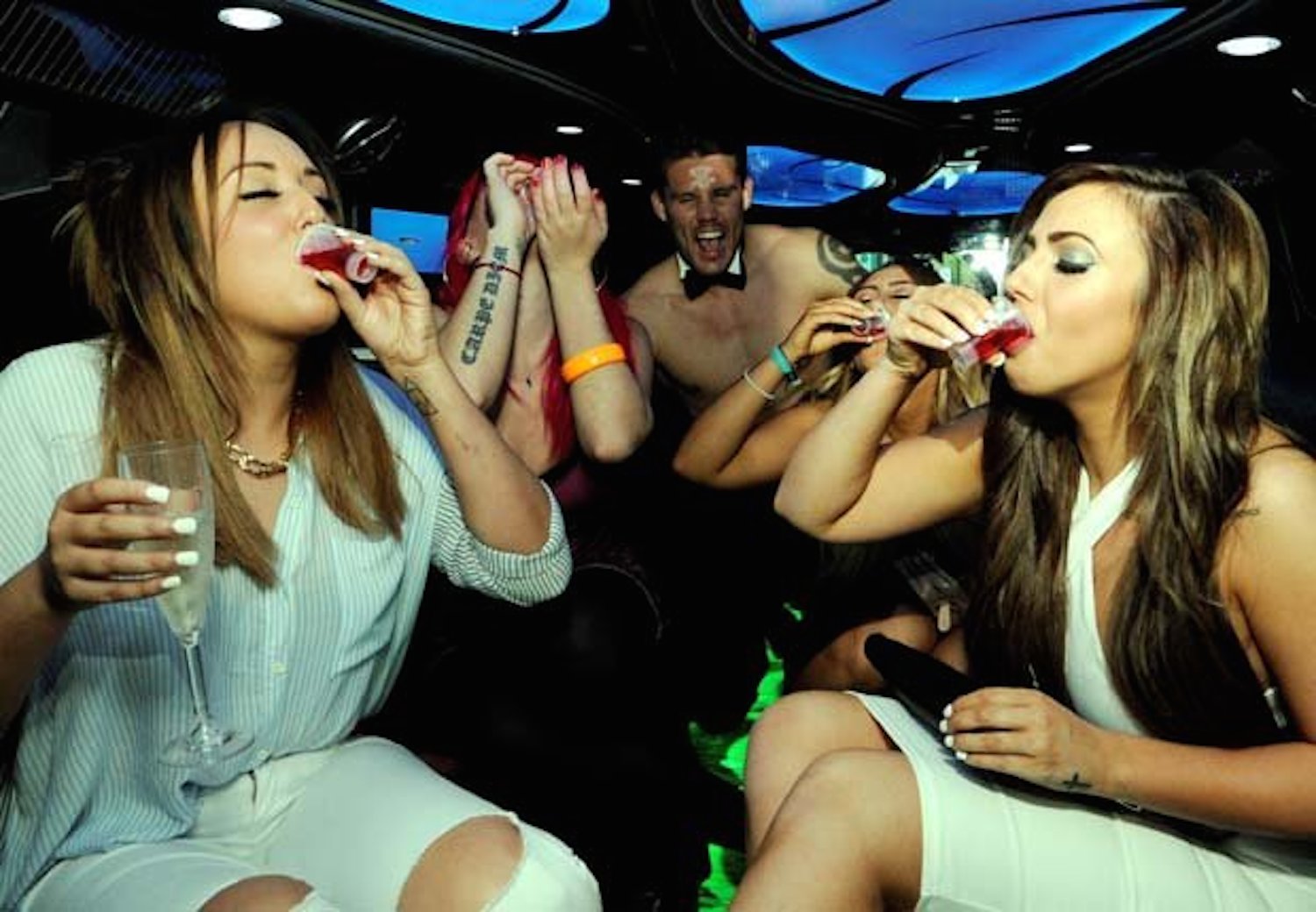 Geordies are hardened drinkers – we all know that as fact. But did you ever stop to think why? Did you even realise that it’s got nothing to do with that fact that drinking until you vomit out of your arse is good crack and that. It’s actually because binge drinking is empowering and we all know that “empowerment” is basically the same as feminism – just ask Kim Kardashian, the leading authority on empowering women to look like a pillow.

One of the definitions of modern feminism is that it means having choices and chances, rather than shackles and glass ceilings. Damn straight it does. When Charlotte skulls seven bottles of wine and a couple of Jagerbombs, she makes that choice with no hesitation. The bartender gives her the chance to drown her liver and she grabs that chance by the scrotum. Choices and chances guys, boozing is all about choices and chances.

Vodka is very good at loosening inhibitions – you know, the kind of inhibitions that tell you that public nudity is considered distasteful or that sharing a sex toy with your mate is definitely not going to be awkward in the morning. Drinking helps women to make the kind of life choices they would be too afraid to if they were stuck in the sober prison of a man’s world. As Geordie Shore has shown us, rolling around on the floor of a club with a tit hanging out is a bold statement – it’s like the 2016 version of the Spice Girl’s girl power stance. Us women should take heed and use our boozing skills to give us the chance to make choices. The right choices.

Having sex with anything is the true key to empowerment

The femmies of GS are not shy of whacking their smackers over a cock before dipping downstairs for a couple of chicken nuggets and a chill with their buddies. Their attitude to sex is pretty much, “if I can fit it in, it’s OK.” Because indiscriminative sex = our old friend, empowerment. They don’t shove gender roles into stiff little boxes because they are powerful feminists who don’t like to stereotype. If they’ve been drinking and fancy a little finger blast, they get the nearest person to follow out that duty be it male, female or zoo animal.

Women should hold the choice to engage in unsolicited, indiscriminative sex while covered in crusty vomit – it’s the only way. If everyone had sex like this, no one would be slut shamed ever again, because we’d all be sluts. There would be no shame in it.

A true feminist doesn’t keep her emotions to herself 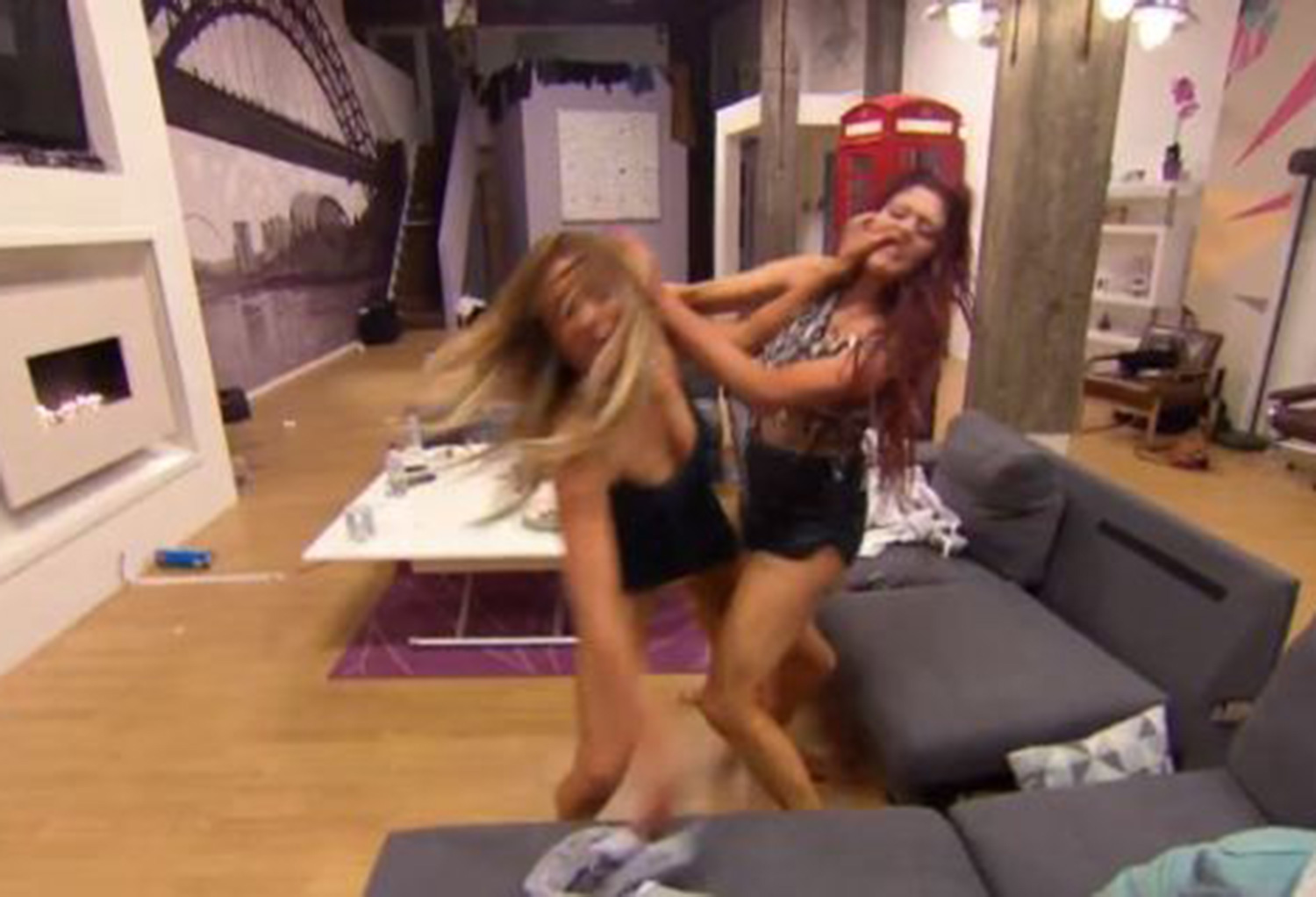 The beefed up gorilla men of Geordie Shore are adept at controlling their rage by simply smashing a fist through a window or kicking an Ikea wardrobe to pieces. It’s a well known relaxing and calming therapy.

Well, no longer do us vagina holders have to sit at the sideline and bottle up our emotions. The girls at Geordie Shore have shown us just how appropriate it is to go off and break shit as a way to vent. If you feel the rage build up inside of you – maybe your crush has brought another girl home (yeah, we’re talking about you Gaz), or someone accidentally spilt a drink on your Primark pumps – then fucking deck them. Don’t try to control that rage or use calming techniques like a meek woman would. Just smash some shit up like you are in this ‘all you can break’ room.

No woman should be afraid to destroy her own belongings because some bloody man looked down on her. Scream and run about like a maniac; act like Charles Manson on crack. Pretend like you’ve got testosterone and ‘roids pumping through your veins. Only a true feminist knows how to portray her emotions like a mentalist. Just check out how these girls settle an argument. Ultimate feminist flair:

I hope you guys have learned something from all of this. No longer should you turn up your nose at Geordie Shore for being “just another shitty reality TV show.” Now you should realise that this series contains the real pioneers of modern feminism. If you want to follow suit and become a truly empowered woman, all you need to do is get a load of surgery, binge drink, shag everything and break shit. Girl power.