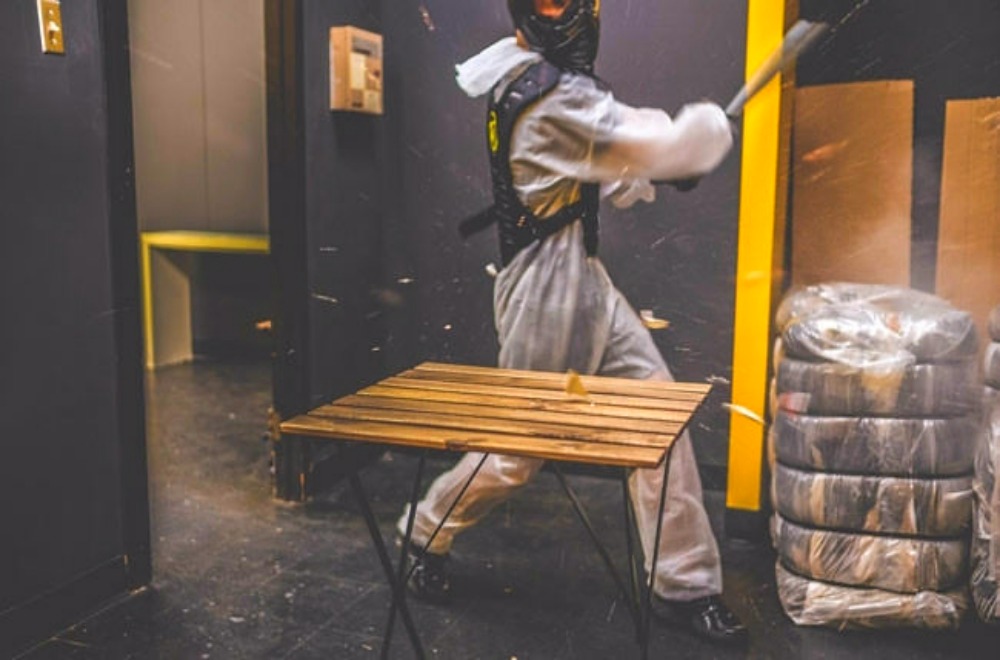 In this day and age, life is so hectic that it can make even the most pacifistic of people want to smash the absolute shite out of something (from time to time).

But what if there was a place where you could smash inanimate objects to smitheries and release those inner demons without having to deal with consequences? Wait, there is and it’s alive and well in Toronto.

For the meagre fee of 20 Canadian bucks, you can enter a Rage Room at Toronto’s Battle Sports complex with a baseball bat and some protective headgear (which makes you look like angry bee keeper) and annihilate everything in the room at your aggressive leisure.

Here’s a little something from their own site (pretty much sums it up):

Collect your thoughts, project your hatred and rage onto the breakable items, and unleash an unrelenting wave of destruction!

And here’s someone in action:

They say people in Canada are among the most friendly in the world and this is the reason why. One things for sure, we could do with a few Rage Rooms in the UK, otherwise we could all end up thus guy who assaulted his flatmate for taking a shower too early.