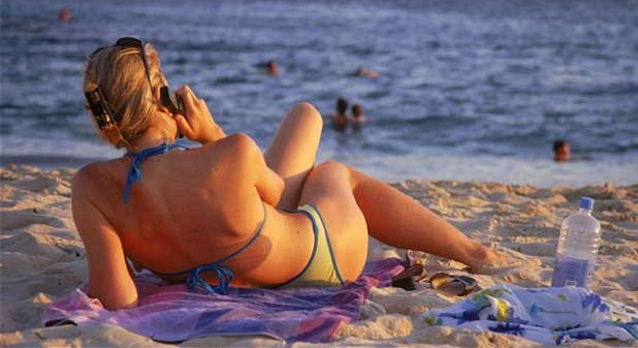 The European Commission is actually attempting to pass some legislation that will actually benefit everyone involved with it, including the little guy.

The European Commission is proposing to scrap all mobile phone roaming charges across Europe in a move that is a part of the ‘most ambitious plan in 26 years of telecommunications reform.’ I’m sure everyone can relate to the fact that there’s nothing worse than coming home to a massive phone bill after you’ve been on holiday because of those roaming charges that most of the time you don’t even know are happening, so I imagine that this news is going to be received favourably pretty much by everyone except mobile phone companies.

The plan is said to reduce consumer charges and also simplify the red tape that many mobile phone companies face when trying to achieve anything in terms of reform or change. From 2014, companies would be banned from charging for incoming calls when abroad (result) and by 2016 every single roaming charge would be completely abolished which sounds awesome to me. The mentality behind this is that many Europeans – including myself – turn their phones off when they cross over the border because of these charges, and it cuts into the market dramatically and is not offset by the actual roaming fees that companies rake in.

Following on from this, mobile phone companies would then have to charge their users the same price for all calls over the EU area (costing roughly â‚¬0.19 per minute, which is peanuts compared to what it is now) or allow them to switch providers whilst they’re abroad without changing SIM cards. In summary, it sounds like a real good idea for everyone except maybe for the fact that mobile phone companies might lose money on their roaming charges – they probably make enough money anyway though so I’m not going to lose any sleep over that – although it is expected that they will do their best in the coming months to make sure this legislation is not approved.

Apparently the legislation has come about because Europe is lagging behind the rest of the world in terms of broadband infrastructure with European Commission President Jose Manuel Barroso stating that the reforms would be good for both customers and companies and that ‘further substantial progress towards a European single market for telecoms is essential for Europe’s strategic interests and economic progress.’ The legislation is with a view to one mobile phone company operating across all of Europe to enhance the service available to Europeans, as not one single company currently offers this. In short, it needs to be done and should help everyone out, although I’m just mostly stoked about the abolition of those pesky roaming charges, as I’m sure you will be.

The proposal still has to be approved by all 28 EU member states and European lawmakers before it but I can’t really see why it wouldn’t pass through all of them, unless there’s a particularly strong mobile phone company presence in a certain country that would lobby hard for it not to go through. You may as well start planning your summer holiday next year somewhere a little nicer, knowing that you can afford to go somewhere a little nicer than user as you won’t end up coming home with a £100 phone bill.