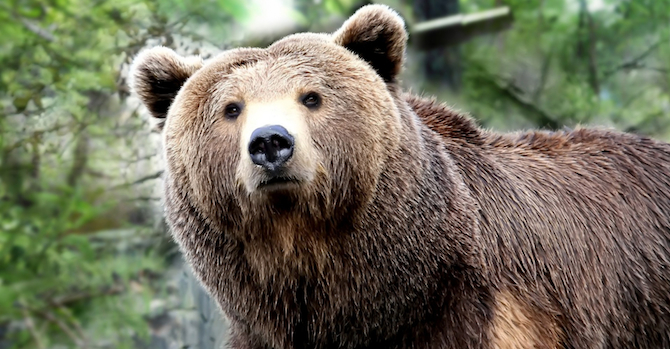 This is really cool but also really weird and slightly terrifying. Basically this guy called Brad Joseph was shooting a documentary about grizzly bears for the BBC for some show called the Great Bear Stakeout that I have never heard of and he was using a GoPro camera to film them. For some reason the dude decided to leave his GoPro camera on the floor around a grizzly bear.

Big mistake. The bear comes over to the camera and tries to eat it for a good two minutes, before finally giving up and traipsing off into the distance. I said it was a mistake earlier but I guess it wasn’t, because the camera apparently suffered no damage and managed to pick up a bunch of awesome footage of the inside of this bear’s mouth as it’s trying to eat the camera. I didn’t think the inside of a bear’s mouth would be that scary but trust me, after seeing this video it is.

There’s also some extra footage at the end of the video of a bear (not sure if it’s the same one) hanging out in a river, which is OK but nowhere near as cool as when the bear is eating the camera.

You can check out the video below:

Bears Fired Out Of Aircrafts At Supersonic Speeds