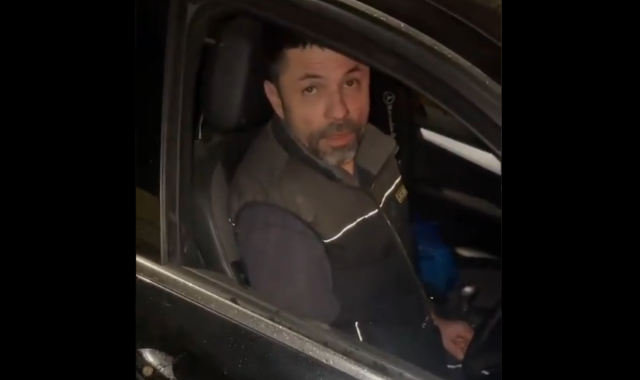 A disturbing clip of a man in London appearing to impersonate a police officer as he pulls over a car that he thought contained a sole female driver is doing the rounds, and is especially concerning given the country is still reeling from the kidnap & murder case of Sarah Everard.

Thankfully, the lady driving had a male passenger beside her as back-up:

Had this sent in to us

Jeez, what an absolute creep. You shudder to think what his end game was and how badly this could have turned out. I can’t seem to find any actual news stories on this incident but I think it’s pretty clear this guy is drunk and almost certainly NOT a cop. Or if he is, he knows he’s up to no good and that’s why he won’t provide any details.

I only wish the dude filming had dragged him out of the car and performed a citizen’s arrest, but then you never know how that could go these days either. Scary to know that men like this exist and just serves as a reminder for women in particular to keep their heads on a swivel, and for men to be more vigilant in spotting and preventing this sort of behaviour. Let’s hope this was reported and that this weirdo is sitting in a cell somewhere, although again – very weird there’s no official news story on it yet.

For the woman who took a stolen car on a joyride and then tried to convince arresting officers that she was Beyonce, click HERE. It was worth a shot.