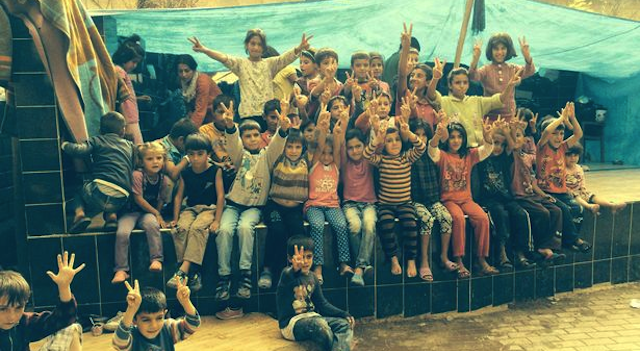 Hope you’re prepared for one hell of a grim story.

The Islamic State has been up to no good for a while now but things have really peaked with this latest story about their despicable actions.

It concerns the town of Kobane which sits on the border of Turkey and Syria and just what they’re doing there. It’s currently being rule by ISIS fanatics and has been described as a no man’s land with residents unable to leave as the border is closed to them.

Ekram Ahmet did manage to flee though and he describes what it’s like there currently: 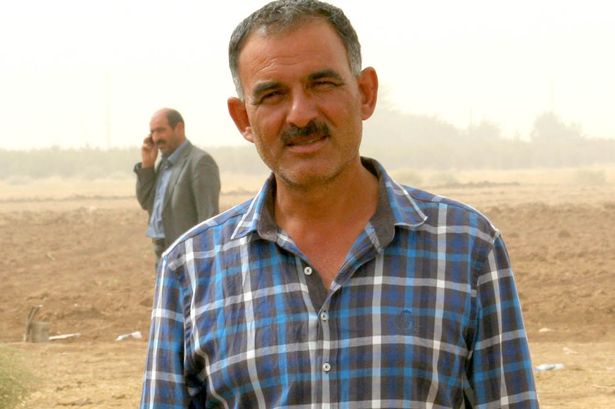 Many of the old people refuse to leave their sons to fight.

Many have nowhere to go and many more are trapped between the town and the Turkish border — out in the open ­waiting for rescue or certain death.

IS are animals. They’re not human. They have a bloodlust the like of which I’ve never seen — it’s as if they enjoy killing.

They revel in cutting heads off — it’s like their trademark.

They are filthy, with straggly beards and long black nails.

They have lots of pills with them that they all keep taking. It seems to make them more crazy if anything.

They become agitated and excited, desperate to punish even children for the smallest thing.

My 11-year-old son was dragged off a bus by IS. They found a copy of the Koran in his pocket that my wife had given him for luck.

They ripped it to pieces and threw it on the floor. Realising he was Kurdish, they pushed him into a line to be taken away and beheaded.

As the terrorists marched them off, they were distracted by incoming fire and my son seized his chance to run.

He didn’t stop till he got home to find us burying the neighbours’ family. We fled Kobane straight after that. 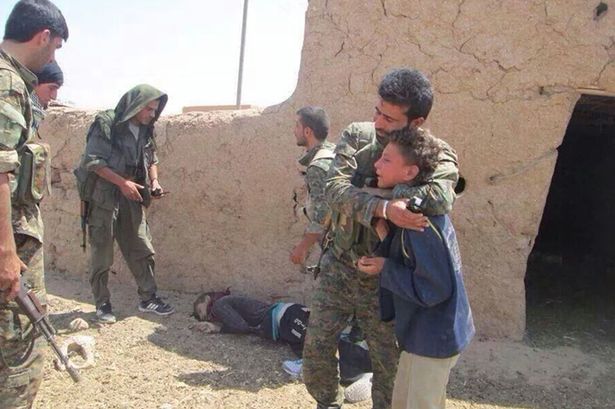 They’ve been in outlying villages and set up roadblocks. They would stop cars and buses and kill any non-Muslims or Kurds.

I can speak Arabic and managed to persuade them to spare me — many others weren’t so lucky.

We stayed as long as we could, hoping for help, but little came. Last week my neighbour, a university professor, asked me to help bury his sister, two brothers and son.

He was distraught as they had been beheaded and pleaded with me to help find their heads so they could be buried whole.

We searched as best we could but were told IS had taken them as trophies.

We buried the bodies and then I fled with my family to Turkey. As we crossed the border the Turkish soldiers jeered and insulted us. They called us ‘stupid people’ and ‘donkeys’. They seem to hate us more than they hate IS.

I know Turkey hates Kurds. But they could end up with IS as neighbours, which would be far worse.

Friends of mine in the Kurdish militia, YPG, had been firing on an IS position. They killed them all — or so they thought but when they checked, they found one badly injured, hit by seven bullets.

It was during the fast of Ramadan and he’d been fasting and begged the YPG to put him out of his misery so he could break his fast with the prophet Mohammed.

They offered to let one of their women kill him but IS believe that to be killed by a woman is shameful and would prevent entry to paradise.

The YPG told him he had no hope of reaching paradise and they wouldn’t waste a bullet on him.

They said he could die slowly and take time to realise there was no place for him in paradise, he and all of them were going straight to hell.

Not the kind of thing that’s going to cheer you up on a dreary Monday afternoon is it? There is hope though as illustrated by the story of one man who actually managed to survive one of their massacres.  It’s believed that the pills Ekram is referring to are amphetamines FYI.