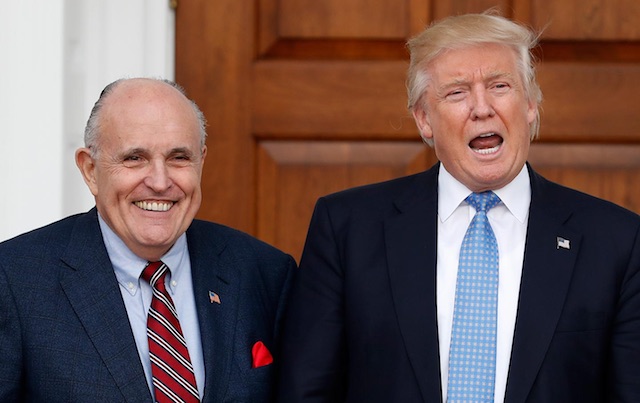 The pair have fallen out.

In news that I can’t quite actually believe is true, it turns out that Donald Trump’s week from hell is getting even worse as he’s now refusing to pay the legal fees of his most high profile supporter Rudy Giuliani.

You probably remember Giuliani from such high profile capers last year as ‘booking the wrong Four Seasons venue‘ and ‘weird hair dye dripping down my face‘ as he fought to legally overturn the November election result, but it turns out that he and Trump have now fallen out somehow and Trump is refusing to pay his $20,000 a day legal fees. Back in November, Giuliani said that he and Trump would ‘work out his fees at the end of his campaign’ and given that it ended in abject failure, it seems as though Trump wasn’t happy with his investment and their relationship has become fairly fractious because of it.

No shit. Look at how happy they were just a few months ago: 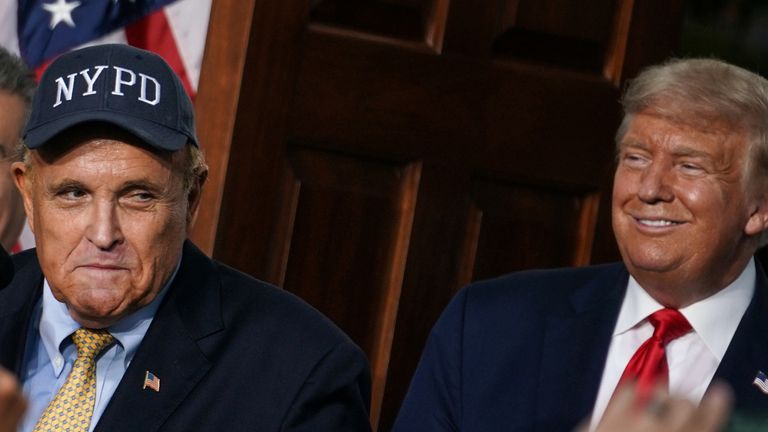 In fact, Trump is said to becoming increasingly vengeful, isolated and sullen, lashing out at pretty much everyone during his last days in office. Here’s what CNN Washington senior correspondent Pamela Brown said about the situation:

Donald Trump is in self pity mode.

The president for his part believes — is upset that no one is defending him.

Even those who have defended the president fiercely all these years are saying privately that no one else got him here but himself, the reason why he was impeached twice was his fault and no one else’s.

Yeah, sounds like a pretty tough time for the guy but I don’t really think you can argue that he deserves it. Not just for his actions last week, but for the whole four years of his term and probably many more before that too. Asshole.

Not really sure who I want to come out not of the legal fees dispute as they’re both as bad as each other. Guess we’ll see what happens.

For more of the same, check out only one person turning up to a pro Trump rally outside Twitter HQ on Monday. Lol.