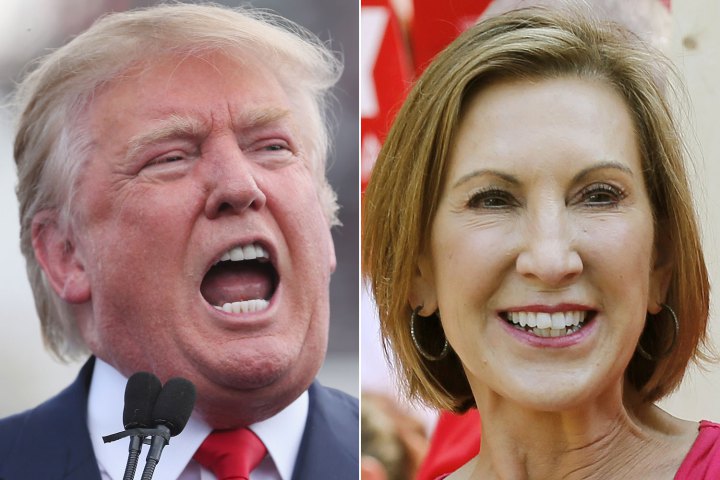 This guy is absolutely RUTHLESS.

Donald Trump just went IN on Republican presidential rival Carly Fiorina, wondering out loud why anyone would vote for someone with her face.

He was giving a quote to Rolling Stone when he said:

Look at that face! Would anyone vote for that? Can you imagine that, the face of our next president I mean, she’s a woman, and I’m not supposed to say bad things, but really, folks, come on. Are we serious?

Fiorina has already responded via Fox News, saying she’s clearly “getting under his skin” because she’s up in the polls. Probably right there.

Still though, what a brutal move by Donald Trump. I mean we know the guy doesn’t hold back whether he’s ripping into Mexican people or Chinese people but come on, telling someone they’re so ugly that no one would vote for them in the Presidential election is totally ruthless even by his standards. Especially going “come on, are we serious?” at the end. Brutal.

You have to admit though, the guy knows how to hype up a crowd:

If I didn’t give a shit about the politics of it all, I would actually want Donald Trump to win purely because he’s the most entertaining candidate. Or is that how it works anyway?

One thing’s for sure – he better not say anything remotely similar about Ronda Rousey. She’s already pretty unhappy with him.