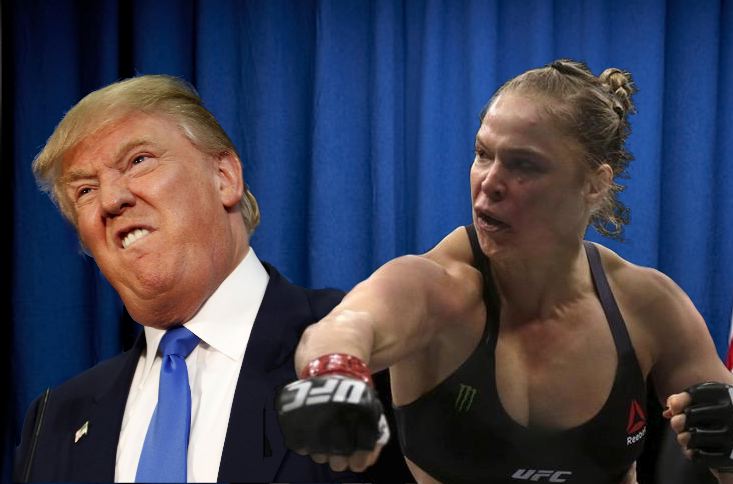 When you’re running for President or any kind of political office, it usually helps to have some kind of well-liked celebrity endorsement. Well, who’s one of the most likeable, famous celebrities out there at there moment? Ronda Rousey, that’s who.

Just one problem – Ronda Rousey doesn’t seem to like him very much:

Here’s the exact quote from Rousey:

Ouch. Did Donald Trump really believe that Ronda Rousey liked him or was that some kind of weird tactic to keep his name in the news? Can’t really get a read on the guy to be honest. Very strange thing to do.

He’d probably be wise not to wind her up any more though, as this interviewer found out.